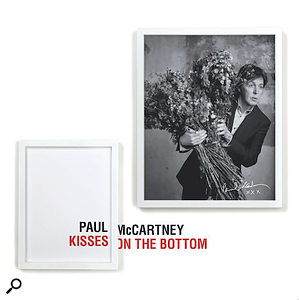 I was keen to get my paws on Paul McCartney's latest album, Kisses On The Bottom, partly because of the recent SOS article (/sos/may12/articles/mccartney.htm), but also because its main engineer is Al Schmitt, who's something of a Grammy magnet as far as jazz productions are concerned. As I'd expected, the album represents an excellent benchmark for anyone making their own recordings in this style, although it will probably prove a source of considerable frustration too, because although Schmitt makes the job look easy, sonics like this are tremendously difficult to emulate, especially under budget restrictions.

A couple of aspects of the mix leap out at me in this respect, because they contrast so starkly with many small-studio records I hear. The first is the well-nigh miraculous tonal consistency of the string bass part. The big problem for more modestly financed productions is controlling low-end resonances, which can cause some notes to boom out unmusically irrespective of the calibre of the bass player. Such resonances can be inherent in the specific instrument used; they may be incurred by close-miking the wrong bit of the instrument; or they might arise from resonant modes in the structure or air-cavity of the room (a facet of acoustics that's typically quite costly to address).

Now, I'm not about to say that string bass should be completely even, because a degree of variability is one of the things that makes the instrument feel organic. However, my experience is that home recordists, in particular, use this as an excuse for accepting compromise too readily during the setup process, and certainly the bass on this production doesn't sound any less natural or musical to me, despite its beautifully controlled low end. Neither would I suggest dynamics processing as the answer, because anything beyond a very subtle treatment quickly compromises the openness and authenticity of this kind of ensemble sound. Indeed, Schmitt himself has frequently commented in interviews on how little compression he uses.

The second thing that I always think is so special about Schmitt's productions is the way he captures live ensembles in a way that makes all the instruments (with the obvious exception of the string overdubs) feel quite 'close up' to the listener, while still managing to retain a full and well-balanced tonality. This is such a tough achievement to emulate. For example, if you put your own microphones close enough to capture the necessary intimacy for each instrument, there's a danger of spotlighting some elements of its sound at the expense of others, whereas if you pull the mic slightly further away to get a more representative close-mic sound, spill from other sources can quickly become unpalatable.

As I understand it from Schmitt's published interviews, one important method he uses to square this circle is to favour omnidirectional polar patterns, thereby catching more of each player from the close-miking position, as well as enriching that close-mic sound with carefully managed spill contributions from the other mics on the studio floor. Similar attempts by home-recording mortals are frequently compromised by unappealing small-room acoustics or the dodgy off-axis response of lower-cost mics, even if the engineer involved makes light work of the potentially fiendish spill- and phase-related complexities the setup process entails.

Notwithstanding this album's many virtues, however, I have a significant grouch: surprisingly, given the high production values overall, the vocal pitching feels decidedly second-rate. It's not that it's out of tune as such, but rather that so many of the pitch contours sound 'messed with' somehow. Now I wasn't there on the session, so maybe what I'm hearing is just the way Macca rolls these days, but I'd personally stake my last Rolo that inexpertly applied pitch-correction technology is the main culprit here.

Based on similar artifacts I've heard on vocals that I've been asked to mix, my guess is that they've been using one of those plug-ins that detects pitch in real time and then attempts to drag the intonation closer to a predefined scale from moment to moment. The main danger with such plug-ins is that they can unnaturally warp short-term pitch-fluctuations in a variety of ways, most of which seem to be on show during the first verse here. There are the suspiciously featureless note sustains of "she said that someday”, for instance, as well as some bursts of what could easily be artificially generated 'canned vibrato' on "soon” and "right”. The slightly drunken feel of "and she was right” is another key clue for me, because it sounds very like an inappropriate correction-speed setting at work — either that or the pitch-detection routine fleetingly mistracking so that it bends some corners of the pitch curve erroneously.

Maybe I'm over-sensitive to this kind of thing, being a singer myself, and perhaps the average punter just hears that the singing's in tune without picking up anything odd besides. However, if these vocals trouble your ear like they do mine, I'd recommend steering clear of real-time detection/correction engines if you can. While it's possible to get natural results out of some of them if you get busy automating their internal parameters to suit the needs of each phrase, frankly I've found that it's easier to achieve something more organic by applying static offsets to sections of the vocal pitch contour manually. (Celemony's Melodyne makes it very easy to do this, but you can also do surprisingly well even using simple off-line pitch-shifts on selected audio regions.) That way, you're likely to leave many more of the micro-level nuances intact, irrespective of how far you shift each section or how much the amount of shift changes between sections. Mike Senior 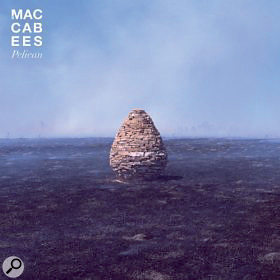 Although this tune barely tickled the singles charts, its parent album pushed the band into the UK top five for the first time. What particularly interests me about 'Pelican' (and, indeed, the other single, 'Feel To Follow') is how mix engineer Cenzo Townsend has created contrast between the drums and bass and the vocals and guitars. Although the drums are by no means dry, their short ambience makes them come across as very dense and compact — almost small — not only keeping the inner details of the complex patterns clear, but also serving as a great foil for the stereo width and long reverb/delay effects of the upper parts. This can be most easily heard after each of the opening stabs, where the guitar spring/plate lingers on well beyond the choked cymbals.

What's also intriguing is that although the guitars and vocals clearly feature more long-tail effects, they don't end up sounding a million miles behind the drums, subjectively speaking — an elegant sleight-of-hand on Townsend's part. The key to this, for me, is that although the drum's ambience has a shorter duration, it's also more natural-sounding in acoustic terms, and rich in early reflections, which makes it rather effective at distancing the drums psychologically. The vocal and guitar treatments, on the other hand, rely heavily on more artificial-sounding spring and plate-type sounds, which offer little sense of any real acoustic signature, so it's easier for the ear to identify them as artificial 'added effects' and separate them from the dry signals in the mix, despite the longer decay envelope. Pre-delay is also definitely playing a role here too, as you can easily hear if you solo the Sides channel: the stereo lead-vocal effect lags well behind the beat.

Keep your ears open for the use of background pads, too. Although the layered backing vocals obviously fulfil this function at various points in this production, and it would be easy to attribute the sonorous quality of much of this record to a combination of those and the lashings of send effects, I suspect that surreptitious keyboard parts are also an important part of the recipe. The simplest clues are the 'Keys by William White' credit in the liner notes and the momentary 'pad solo' during the song's final fade-out, but the biggest general giveaway for me is that I can't really put my finger on which of the foreground guitar and vocal lines is responsible for the sonic richness of the mix as a whole during a number of important sections (1:54-2:15 being a good example), which leads me to surmise that something is supplementing the apparent band line-up behind the scenes. Many self-producing indie rock groups aspire to this kind of crowd-pleasingly euphoric band texture, but struggle to achieve it because they turn their noses up at the very idea of using keyboard pads. But as this track amply demonstrates, pads won't undermine your rock & roll credentials as long as you keep them in a background role. Mike Senior 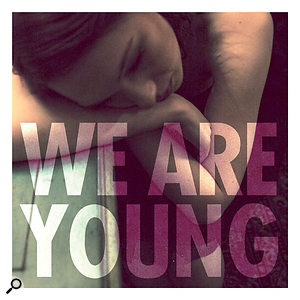 On the one hand, this song makes the hit recipe seem so straightforward: arrange your singalong hook on a bed of I-VI-IV-V, add a dash of drum loop and a sprinkle of piano eighth-notes, then bake under the media glare of a Glee cover and a Superbowl Chevvie ad until golden! On the other hand, there are so many left-field features that the whole production somehow manages to engage my attention for many more listens than I'd expect it to — so it's a struggle to make this 'painting by numbers' accusation stick.

The headline in this respect has got to be the opening of the song, which manages to feel so disconnected from the remainder that it's almost like two different songs have been spliced together. Irrespective of how well you think this works on a musical level, the sheer curiosity value of the abrupt transition constitutes a powerful hook, in my opinion. A crucial aspect of this is the tempo variation at 0:42 and again at 0:50 (the first chorus), but there's more to this song's tempo map than that. For example, on the last drumbeat of the first double chorus at 1:29, the tempo shifts up a gear to 96bpm, not only giving a barely perceptible lift to the pace of that section, but also enhancing the rallentando leading into the 92bpm double chorus at 1:52. Incidentally, this tempo contour is the opposite of what many bands do instinctively (namely speeding up the tempo into the chorus), but nonetheless seems very well-judged in this instance, as an enhancement of the ponderous 'all together now!' arena-rock vibe.

I also think it's quite clever how Fun have embellished a pretty generic power-ballad chorus melody to give it more character, but without making its essential outline any more difficult for a crowd to bellow their way through. What I mean by this is that Joe Public can easily pick up and join in with the basic eighth-note F-C-A and F-C-D lines underlying the "tonight” and "we are young” lyrics, for instance, even though the lead vocal lines are significantly more ornamented and syncopated than that. Part of the trick to this, I think, is that the majority of the melodic curlicues are relegated to the ends of the phrases, where they function more as afterthoughts, rather than diluting the fundamental melodic progressions. Mike Senior

Check the SOS web site for more comments on the tracks discussed in The Mix Review this month: /mixreview