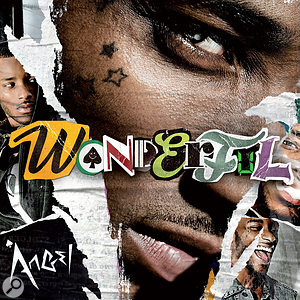 Up-front pop/R&B vocal sounds have always required a stiff dose of top-octave 'air' frequencies, so if you want your lead singer all but leaping down the listener's throat, enhance their 10-20kHz spectral zone. At least, that's the theory! In practice, you need to tread with care, as this Angel production demonstrates.

High frequencies sound appealing on almost anything (not just vocals), so it's very easy to turn the high end of your mix into a bit of a battle-zone, making the overall listening experience rather grating, especially at higher volumes. In this instance, I think the distorted guitar/synth pads (first heard at 0:24), snare, percussion, and cymbals have all been pushed harder than necessary in the upper part of the spectrum — and the vocal's 'air' band has been overcooked, presumably to maintain its relative superiority. To best appreciate this, try looping the opening "everywhere we” solo vocal snippet, or the exposed "so wonderful” at 0:34.

A huge pitfall when boosting vocal highs is that you can painfully emphasise sibilance, but this has been handled excellently here. The 'S' sounds are rich and full, but without any of the harsh 6-10kHz whistles that often blight home-brew mixes. One reason for this is that the vocal's top-octave fizz appears to rely quite heavily on a strong, narrow 12kHz peak. While this means that any 12kHz showdown in the mix will always be won by the vocal, narrow high-frequency peaks are much more fatiguing on the ear than broader-band boosts. In fact, I find listening to this mix pretty uncomfortable without sticking at least 4dB of EQ notch in line! Mike Senior 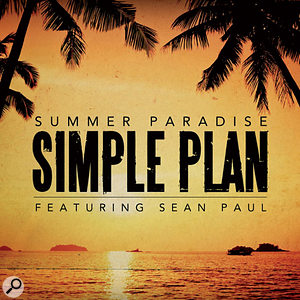 In mainstream pop, clear transmission of the lead singer's melody, lyrics, and trademark mannerisms is paramount. When it comes to songwriting, 'Summer Paradise' may not be a work of high art, but it's not for want of a highly crafted frame — because this is as good a model as any for students of pop vocal production.

First, the vocal editing is first-class. The pitching is absolutely nailed down, in line with stylistic expectations, but care has nevertheless clearly been taken to retain selected expressive contours within the performance. Check out "can't believe I'm leaving” at 0:25, for instance: the pitch centres may be extremely regimented, but not at the expense of the little up-sweeps on "-lieve” and "leav-”. Timing is also very tightly controlled, not only between the vocal line and the rhythmic backing (notice the breaths, in particular), but also between the multitracked vocal layers, to give that characteristic smooth texture to the chorus. I'm not trying to say that the result is in any way 'natural', but it feels completely on the money for this market.

The vocal level is also beautifully controlled, with every lyric coming through even in the least conducive listening environments: even if I deliberately mix in 0dBFS pink noise, clip the result by a further 6dB, and then restrict the frequency range to only three octaves, it's amazing how well the singer survives! Heavy compression is clearly an important factor in the sound, but it's a mistake to imagine that this is all there is to it. For a start, any compression fast enough to give such a dense vocal sound usually sends sibilance levels into orbit, but all the 's' sounds are beautifully judged, not to mention other at-risk consonants such as 'f', 't', and 'sh'. Whatever recording and compression technique was used, a good de-esser will be involved, at the very least — but I wouldn't expect anyone in a home studio to match these results without manual tweaking of individual phonemes at the editing and mix automation stages.

Putting vocals through this kind of post-production grinder in the name of harmonic/rhythmic inoffensiveness and mass-market transmission will inevitably leach a good deal of passion out of the performance, so if you go down this road you need to work hard to maximise what few expressive factors remain. Principal amongst these are contrasting arrangement/performance techniques and variations in the vocal timbre, and both are well represented here.

The contrast between the lead vocals of Pierre Bouvier and Sean Paul is the most basic device, but each vocalist also showcases a range of deliveries. Sean Paul's speech/rap, for example, spans a range of intensities from the laid-back "tell 'em” at 1:18 to more projected moments such as "rewind” at 2:58. He also sings during the main rap and multitracked "quick time girl” at 1:09. You'll also find lots of nice little small-scale features if you explore Bouvier's verses: the move from the breathier start of each line into a more forceful tone as the register rises is simple and effective, while a scattering of tonal 'rough spots' and the odd lapse into speech help rescue a vestige of emotional authenticity. Mike Senior 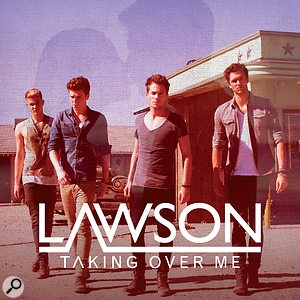 This production scores strongly in games of Rubbish Lyrics Bingo. (Mangling the word order to meet the rhyme scheme? Check. Tangled use of "you” and "she” about the same person? Check. The word "ecstasy” from anyone under retirement age? Bingo!). Still, it does have some more commendable features too. Take the arpeggiated synth that appears right at the outset and frequently thereafter. Placing every odd-numbered sixteenth note on the left, and every even-numbered one on the right creates a wide-sounding rhythmic texture in stereo that also has cast-iron mono compatibility. Rhythmic panning effects can easily become gimmicky and distract from more important features at the centre of the stereo image, but here the producers have avoided this by utilising the equivalent of a square-wave modulation type, so you only hear notes right at the edges, rather than sweeping across in front of you; by using an effective panning rate of almost 4Hz, which is usually too fast for the ear to follow distinctly in most situations; and by blurring the panning action a little, using a subtle tempo-sync'ed delay that sounds, to me, like a three-sixteenth-note patch of some type.

It's also nice to see a tried and trusted arrangement trick on display at 1:54, where the line that will eventually be used for the final chorus's outro extension is used within a different arrangement context to provide the basis of a middle section. For another recent case study, check out Example's 'Say Nothing'. Assuming you're not already up to your eyeballs in puppy-dog sentimentality. Mike Senior 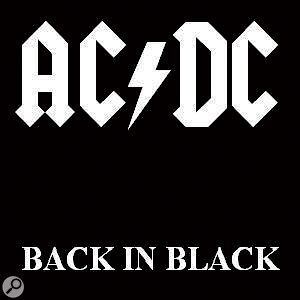 I'm clearly not the only one who likes the production on this track, because it's in mastering engineer Bob Katz's 'Honor Roll' (www.digido.com/media/honor-roll.htm), but it also features one of my all-time favourite drum sounds. The kick drum on this record sowed the seed of my long-unrequited gear-lust for a U47 FET, its well-defined transient carrying through on small listening systems, despite the guitars, and its 70Hz low-end power-base tailor made to slot between the harmonics of all but a handful of the bass-guitar notes.

The snare's root-note tuning gives it masses of weight, not least because the choice of pitch blends beautifully into the mix of its own accord without tubbiness, obviating the need for the kind of remedial high-pass filtering typically required on most home-studio drum recordings. But the drum's subjective power is also further 'enhanced' by virtue of a conveniently backbeat-sized hole in the main guitar riff, and by the lack of resonance from the toms — I'm kind of guessing they might have removed these from the kit for the purposes of this track, because I don't hear any tom fills in this song. A bit of web searching also reveals that there was a bit of 'special sauce' here too, because engineer Tony Platt has said that he also blended in a gated, pitch-shifted snare send to fatten things up.

The guitars are phenomenal, demonstrating how one pair of great-sounding rhythm parts will always sound more powerful on record than a legion of layers, especially if each of the parts is playing its own unique voicing of the same chords. Although their stereo positions initially appear to be simple hard-panned extremes, this isn't, in fact, the case, because each was recorded with a mic pair, and these mics were then spread slightly at the mix, connecting the guitar image more naturally with that of the drums. As for the meatiness of the captured tone, the large-diaphragm condenser mics used (a Neumann U87 and U67 on each cab) doubtless picked up a considerably more extended frequency response than many people's knee-jerk '57 on the cone' approach. Furthermore, I suspect that the slightly spaced and splayed mic positioning that Platt, as I understand it, used also broadened the combined mic array's directional response, such that it inevitably picked up a more holistic picture of the cab itself.

Although I've heard this track a zillion times, only now has it struck me how much mileage the band get out of the idea of chaining three-sixteenth rhythmic groupings, first heard starting on the second beat of the bar during the main riff at 0:14. This manifestation already creates an ear-catching rhythmic counterpoint against Brian Johnson's vocal (first heard at 0:34 with "that's kept me hanging about”) and also serves as the basis for the breakdown at 2:50-3:10, but there are others to enjoy too. The main chorus riff is based on a chain starting on the second eighth note, for instance, while the chorus's final "back in black” can be seen as a shorter chain starting on the downbeat.

My favourite moment in the whole track, though, is where another short 3/16th chain appears at the end of every four-bar section during the first solo (1:49-2:29), the last leading directly into another chorus. But the chorus wrong-foots you by putting a snare flam on the first downbeat instead of a kick, after which the first bar's kick pattern is altered to accent the riff's own internal three-sixteenth chain. It destroys me every time! Mike Senior