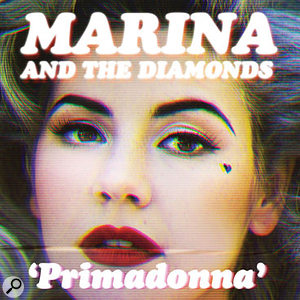 It sounds as if Marina has been listening to P!nk, Ke$ha, and K@ty Pe®®y on repeat, but who's complaining if it's spurred her into writing mouthy pop lyrics like these, and supporting them with a terrifically gutsy performance? What I particularly like about the latter is its sense of range, both in terms of pitch and expression. The low register of every fourth verse line is wonderful, for instance, not just because it's a rarity to hear a female singer exploiting this region so confidently, but also because it gives those lyrics a kind of boozy petulance that's very much in keeping with their meaning. I also like the contrast between the breathier head-voice of the choruses and the stridently chest-voice verses, as well as the distinctly Perry-esque alternation of these two timbres during the pre-choruses. But within those broad outlines there are wonderful subtleties to the performance, too: the break-up of those low lines as they tend towards speech; the hammed-up, cheerleader parody of the "ooh”, "yeah”, and "wow” pre-chorus BVs; and the surprisingly affecting change of tone as the chorus line descends for "it all” and "fall”.

All those good things notwithstanding, however, I do wonder whether there's something a bit strange going on with the vocal formants in this song. Formants are resonance peaks in every singer's frequency response that we humans are very sensitive to, and which provide us with strong clues as to a performer's age, size, and gender. Shifting human vocal formants unnaturally low gives the impression of some kind of mythical giant or monster (an effect used to death on film and TV), but as the formants shift upwards, you move through the natural vocal ranges for males, then females, and, finally, children, before heading off into Tombliboo territory. Of course, even the briefest comparison between Michael Jackson and Tracy Chapman illustrates that there's bountiful overlap between these notional formant ranges in practice, and it's not the specific formant range of Marina's voice in this production that bugs me — it's that the formants appear to be moving about! So "someone else's fault” at 0:19 comes across like a fresh-faced learner driver, whereas "pop that pretty question” packs more testosterone than the entire cast of Glee.

Now, it's conceivable that this is simply a virtuoso performance, because there is a significant degree of physical control you can exert over your own formants. Indeed, it's the stock-in-trade of voice-over artists the world over. However, I'd hazard a guess that there's some artificial manipulation going on here. It's not something that's difficult to do in something like Celemony Melodyne (as Will.I.Am has demonstrated with depressing regularity), so it wouldn't surprise me at all to discover that some producers are now deliberately modulating formants more subliminally during post-production, to add synthetic expression to their lead vocals. After all, it's not a huge step beyond adding fake pitch nuances with Antares Auto-Tune's vibrato facilities, a technique almost unheard of a few years ago, but which is now thoroughly commonplace. Mike Senior 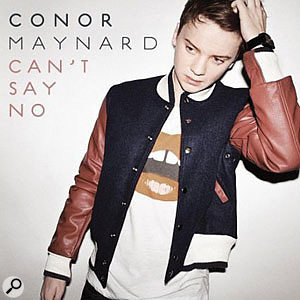 Within the first minute, this song made a good impression on me: there's a bold production hook in the choice of kick drum, combined with tastefully sparse sound-design and high-class vocal production in the Mixolydian mode. As the timeline progressed, however, I became progressively more frustrated at the unremittingly barren harmonic backdrop. Yes, I realise that the main arrangement hook here is a pitched bass drum, but would it have been so tricky to shift that a couple of semitones either way from time to time, just so the songwriting had more room to breathe? The bass part on Gotye's 'Somebody That I Used To Know' required no more range than that, for instance.

Even if shifting the pitch had been completely out of the question, there's still a lot more you can achieve over a single-note bass line than the odd parallel shift between C-sharp and B triads, and the recurring tritone first aired at 0:49. But what really takes the biscuit is that there's no attempt to strike out even when the middle section jettisons the kick-drum's anchoring C-sharp completely. Maybe I'm just too much of an old jazzer, but I can't help feeling that this production squanders the potential generated by its initially arresting sonics. The resolutely unsyncopated vocal rhythms don't help things sound any less stuck-in-the-mud either. Mike Senior 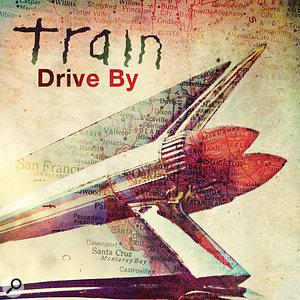 Although this song's opening double-tracked acoustic-guitar texture, featuring the two passes panned to opposite stereo extremes, seems quite formulaic from an engineering perspective, it warrants a little extra attention. Solo the left and right sides of the mix independently and you can distinctly hear that the chord voicings in the two channels are different. Now compare the stereo mix with its mono sum, and notice how the double-tracked sound doesn't take on quite as much of that chorus-like shimmer you'd expect of a traditional closely matched double-track, which makes it seem a little more rock and little less pop. I also suspect that the stereo effect is a little wider subjectively because of the larger differences between the parts.

Another aspect of this arrangement didn't hit me so positively, though, and it's to do with the bass part during the eighth bar of each chorus (0:49, 1:54 and 2:49 respectively). The line at that moment proceeds from a B to a B-sharp, the latter sounding very much like the third of a first-inversion G-sharp-major dominant-seventh chord. However, the progression across the next bar line then feels very weak to me. You could say that this is inevitable, given the interrupted cadence to A-major, but I think it's much more to do with the fact that the bass drops down a whole step to A.

These things can be pretty subjective, but if you also hear this corner as being slightly weak, here are a few theories as to why. From the perspective of traditional, classical-style harmony teaching, the downwards move from B-sharp violates a pretty strongly ingrained principle of harmonic voice-leading, whereby the major-third 'leading note' of a dominant seventh is normally expected to rise to the 'tonic' key note (C-sharp in this case). Another viewpoint is that a tritone within any chord (in this case between B-sharp and F-sharp) will normally resolve most strongly to the closest available notes in the following chord (ie. C-sharp and E). Other pundits might suggest that the B-sharp constitutes an upwards chromatic alteration of the previous chord's B and, as such, should resolve in the same direction.

Now, it would be ludicrous to assert that real-world songwriting never violates such harmonic 'rules', but in practice it's trickiest to get away with cocking a snook at them when the contentious interval happens to be between your bass line and main melody, as it is here. For my money, I reckon a bass G-sharp in that eighth bar would have worked better, leaving the B-sharp free to resolve to C-sharp without turning the A-major chord into a first inversion — exactly what happens at the ends of the pre-choruses at 0:34 and 1:39, as it turns out! Mike Senior

'Where Have You Been' 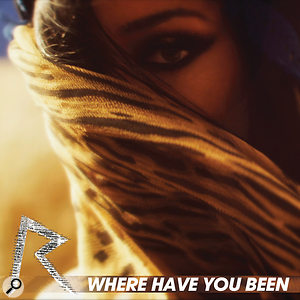 A lovely kick-drum sound here: plenty of 50Hz weight, but not without well-judged doses of 90Hz 'chest punch' and 180Hz warmth, and an envelope as spiky as it is tightly damped. Even better, though, is the programming of the acid-style bass riff that dramatically hops into the spotlight for the first time at 1:15. Not only is the note and pitch-bend programming first-class, and indeed more nuanced than it might at first appear (check out the fracturing of the line at 3:00-3:13, for instance), producer Calvin Harris has also introduced a great deal of ear-catching tonal variety. So the synth's stereo image and HF bandwidth both contract at 1:30, leaving more space for the vocal, and then the low-pass filtering kicks in further at 1:45 to accommodate the acoustic guitars. When the 1:15 timbre recurs at 2:45, however, the subsequent section moves towards greater harmonic richness, via distortion processing at a guess. And let's not forget the pure TB303 nostalgia of the little fills between these sections, either! 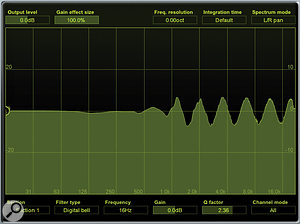 This screenshot shows the spectral L/R panning display of ToneBoosters' affordable TB_Equalizer plug-in. The equally spaced peaks and troughs show EQ-based stereo widening in action on one of the synth sounds in Rihanna's 'Where Have You Been'.As a bonus for backroom geeks like me, the bass tone at 1:15/2:45 also provides an excellent commercial example of EQ-based stereo widening. This technique is typically implemented by feeding a mono signal into both sides of a stereo 32-band graphic EQ. Each third-octave EQ band is then set to boost in one channel while cutting in the other, effectively panning that frequency slice hard to the boosted side, and an alternating left-right panning pattern is then followed all the way up the spectrum to give an even-sounding spread. Although this stereo effect tends to be a bit more subtle than you get with more common methods based around delays and/or pitch-shifting, the big advantage of EQ-based widening is that it doesn't punish you with phase-cancellation or chorusing if the left and right channels are summed — in other words, it has nigh-on perfect mono-compatibility.

Although you can implement EQ-based widening in other ways, examining the panning of the spectrum using the stereo analyser in ToneBoosters TB_Equalizer plug-in reveals that it's almost certainly the classic implementation that we're witnessing here — you can clearly see equally spaced peaks and troughs on the read-out's logarithmic Hertz scale. In addition, though, you'll notice that the spectral panning effect is only active above about 300Hz, a common real-world refinement that makes a lot of sense in the context of any music reliant on powerful bass transmission. The crux of the matter is that sharing your low frequencies equally between both speakers gets the best bass power out of stereo playback systems, and low frequencies don't provide many directional cues from a perceptual point of view anyway. Mike Senior

Check the SOS Forum for more comments on these tracks: /mixreview.