These Words Aren't Meant For Me 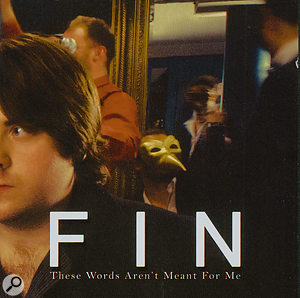 It's tempting for any singer/songwriter to fill every moment with a solid, yet unobtrusive, rhythm section; to cover all the intricacies of one's guitar playing with a louder, and slightly less challenging, electric. Because, often, this covers a multitude of sins and actually isn't doing anything other than making up for the lack of substance in the core material.

Here, however, I believe we might be missing out. Fin is clearly a highly competent guitarist, and he has a clear and soft — if, perhaps, unremarkable — voice. This is hidden by the four others accompanying him, no matter how competently they may be doing it.

What is also made less clear is the quality of Fin's songwriting; I suspect these songs may really pack some punch if taken back to the absolutely necessary parts. He has some nice melodies going on, delivered with very folky vocal ornamentation, which I think would be lovely to hear completely bare. It'd also be nice to get a bit of 'grit' in the vocal delivery — a little less polish and a little bit more emotion.

This is a good demo, with good songs that are delivered very well. And the other musicians really are doing a very good job. In Fin's case, however, I believe less may indeed be more. Nell McLeod 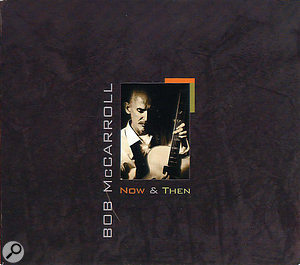 Bob McCarroll's album is the dream ticket for anyone running a restaurant in a well-populated tourist area. His swing jazz sound is literally so 'nice' I don't think it could rock the boat any more than a mouse might if it were stowed away on the QE2. While the tracks are perfectly well recorded, and Bob's vocals emulate the very best of Bublé-style swing jazz vocals, there just isn't the energy that I'd like to hear in an album like this to take it to the next level. At times, I felt as if it had been recorded so quietly that at any moment you might hear the producer turning the page of a newspaper as he waited for the session to end.

Overall, the best moments on the record are when Bob puts the standards to one side and sings his own tracks, as it's here that you feel a different level of enthusiasm in the performance. Maybe this is because he actually feels a sense of achievement when he sings them, who knows? Either way, I really hope the next album has even more of his own music, as I would hate to see him stuck in the lift-music rut that this genre of music so often falls into. Sarah Bowden 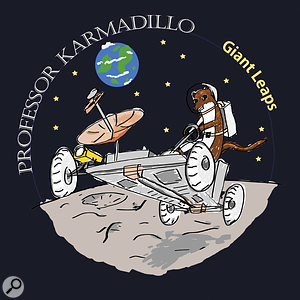 Professor Karmadillo is, according to his web site, a man with a mission: to prove through the medium of song that science is not the dull and uninteresting subject we all thought it was, but is in fact fun and interesting.

This is a particularly mischievous message to be spreading: science may be fun and interesting, but it is also very dangerous and not at all something one wants to encourage young people to embrace. Scientists are at best irresponsible and at worst a menace; of all people they are certainly the group most likely to get us all killed one day.

Regardless of what one thinks of the deeper moral questions behind Professor Karmadillo's mission, rest assured that his debut album, Giant Leaps, is more in the line of Tom Lehrer than Dr Oppenheimer. The songs take a comedic but informed look at science and are backed by what can best be described as pleasingly wonky pop music. Wonkier still are the lyrics and vocals, which work best when complemented by the polished backing tracks present on some of the songs. Having said that, 'You Must Be Mendel', which features just vocals and what I believe to be a charango, deserves a special mention. Also deserving of a special mention is the track 'GFP' — surely the most insanely catchy song ever written about proteins.

Perhaps it would be best to describe Giant Leaps by asking you to imagine for a moment that Johnny Ball had made a concept album with the Bonzo Dog Band. Perhaps not. Let us just hope that it doesn't encourage too many of its listeners to sit down and wonder if they could build a bomb that would destroy half the world... David Glasper