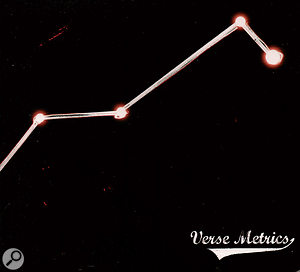 Judging by their crazy tour schedule (one which could easily compete with the likes of AC/DC or Bon Jovi), Verse Metrics are either on the verge of world domination or on the run from someone particularly nasty in their home town of Glasgow. I would hope it's the former, as, having toured for what looks like a solid year, the band have turned out an exceptionally polished‑sounding record. Drawing vocal influences from the likes of Interpol or Cold War Kids, the result doesn't sound a million miles away from Mogwai.

Produced in Glasgow but mastered at Abbey Road, the EP is an accomplished collection. If I have one criticism, it's that the production wanders onto the over‑trodden path of quiet, loud, quiet, loud (yawn), quiet, loud. That said, Death Cab For Cutie are still releasing records of this ilk, so who am I to say that all the success they desire isn't just around the corner? Verse Metrics certainly deserve it, given how long they've been away from home.

Being Me Is What I Do 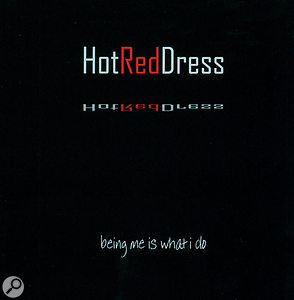 Playing a kind of feel‑good '90s pop rock that reminds me a bit of a rockier Texas, there's nothing unpalatable about Hot Red Dress.

The song writing and arrangements are pretty accomplished all round, and 'Don't Tell Me' is a good pop track. The production does feel somewhat hollow in some parts, though; this kind of pop sound needs to be 'big' and broad, to sound very full and blended, but the often over-loud vocal and thin guitars rob it of intensity on certain tracks. It's a mixed bag, though, as other tracks sound huge, with richer guitars and big pop drums. A little more saturation might gel it all together, although 'Just Another Day' is pretty much there, mix-wise, and is pretty catchy too.

The CD has the feel of an upbeat movie soundtrack, which isn't a bad thing, but there's just a little spark missing. It doesn't sound like a band playing together energetically. The instrumental performances all sound a bit 'separate', which is a shame, as this kind of vocal pop rock recording really benefits from getting everyone in a room to record live, so they can 'vibe' off one another. 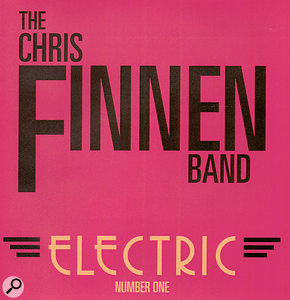 Chris Finnen is an Australian blues guitarist, well known on the scene in Adelaide, and has released an album of original tracks and blues covers of tracks such as 'Hey Joe' and 'Amazing Grace.' The stand‑out feature of the album is Finnen's guitar playing, a weathered and gritty‑sounding blues style, and one that makes Seasick Steve sound like he's just learned to play guitar.

It's also recorded in a live setting, which only serves to add to the nostalgic, smokey, blues feel. It really wouldn't sound out of place on an episode of Frasier, when Kelsey Grammer looks to camera glibly, and the audience laugh comfortably at his dad behaving badly. Overall, it's a good effort, and probably worth checking out live if you are ever in Adelaide.

Songs For The Larger Man 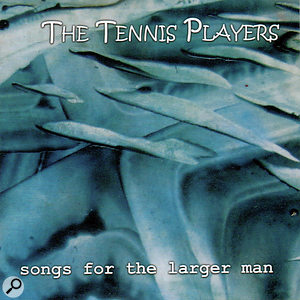 On seeing the title of this album, I have to say that my first instinct was to chuck it over my shoulder into the 'crazy pile' and try to erase what I'd just seen from my memory‑banks, forever. But since it was probably one of the most bizarre album names I've ever come across (and since the opening track of the album was, excitingly, called 'Paddling With Mallards'), I decided to see if The Tennis Players were as mental musically as they were on paper.

In that sense, I wasn't disappointed. 'Paddling With Mallards' opens with a 'Moogy' preset keyboard sound that desperately wants to sound like Pink Floyd, but is closer to an effect you might expect to hear on an early episode of Doctor Who. Combine this with a middle-eastern snake-charmer's instrument (I believe it's a Pungi) and some self‑consciously weird lyrical mooing and what you get is, as I thought it might be, pure madness. Special. But not in the way I'd hoped. Sarah Bowden