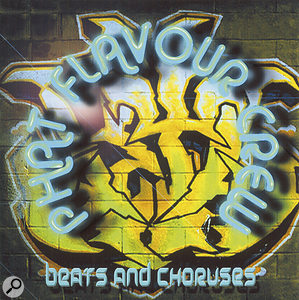 Kicking off with the authentically old-school synths and beats of 'My Love's Just 4 U', Phat Flavour Crew don't mess round where retro R&B is concerned, all ghetto-whine leads and rubber-ball bass.

Made using vintage gear including Oberheim, Prophet, Minimoog and Akai S-series, even the mix balance is nice and old fashioned, with a subtler drum sound and warmer synths than the modern hip-hop producer subscribes to.

The vocoded (I'm guessing) vocals on this EP get a little wearing, though, with stumbling and repetitive phrasing, in both melodic and lyrical terms. The third track starts with the line "All my lovin's just for you, don't you know” which is incredibly similar to the lyrics of the first song. The phrase "lovin' is just for you” actually appears in various forms in three songs out of five on the EP.

It's a shame the vocals let this record down, because the music is a very well-studied recreation of late '80s synth-lead R&B pop. J G Harding 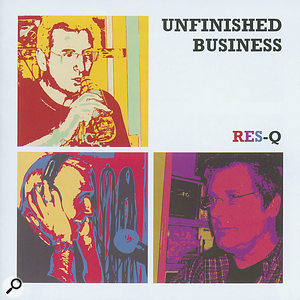 Res-Q sounds like an exciting parameter on a vintage synthesizer, poised to unleash sonic mayhem. According to the Internet, Res-Q is also a herbal ointment for bruises, and a "reversible orthopaedic FDA Class-1 device for babies with colic”. However, the Res-Q we're concerned with here are three blokes from Worcestershire with the initials R, E and S, who make '70s-style folk-rock. (The identity of Q, however, remains a mystery.)

If I'm honest, I felt a bit bruised and colicky myself after ploughing through a few of these tracks. Res-Q have some perfectly respectable songs and clearly know how to arrange them for live performance, but they have done themselves no favours at all in the way they've committed them to CD. According to the sleeve notes, the album took them almost two years to make, and I'm certain that a bit more care over the initial recordings would have made the rest of the process far easier.

The vocal tone is pure mud, for example; and did it really never occur to them to think 'You know what, the pickup in that acoustic guitar sounds horrible. Let's put a mic in front of it'? Or, for that matter, 'Hang on a minute, lads, I think that was out of tune. Shall we do it again'?

With admirable optimism, Res-Q say "hopefully it might get easier on the next one!” The key will be to put a bit more time into getting things right before hitting Record.

The Luckiest Man In The World 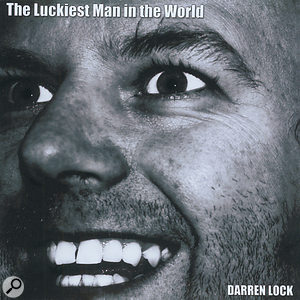 This album doesn't kick off too well: the instrumental timing in the post-rock piece 'Fear And Loathing In Norfolk' is pretty off, and not in an avant-garde jazz way. A little adjustment in the DAW would've worked wonders here! This is soon followed by some odd advice in the lyrics to 'Change Of Life', which sounds a lot like someone reading a pamphlet for a self‑help seminar over some odd '80s noodling. It's a little... strange.

I loved the Eno-esque pad exploration of 'Dawn Mist At The Coach House', however. It's quite a lovely piece, reminding me of the soundtrack to a lost '80s sci-fi epic. By track four, however, we're back to the ill-timed post-rock of the first track, and weak vocals fill the rest. Personally, I'd ditch the vocal element, and make some sweeping soundtracks. 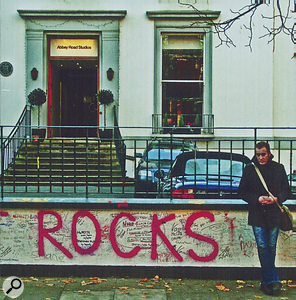 This EP is actually a five-track taster of a forthcoming album by Amphibic, the recording name of Neal Hoffmann.

The tracks are quite dark and lyrically sophisticated, and Neal's understated voice reminds me of how Tom Chaplin of Keane might sing in a more reflective mood. The supremely atmospheric 'Maybe Arizona' draws you nicely into this dark little world.

I did want some of the songs to kick up a gear in energy and pitch sometimes, but 'Give Way' does just that, with an uplifting chorus and lovely string quartet.

For self-confessed demos these tracks sound great, aside from an over-loud solo on track one. This fellow has a few songs published but is currently without a UK or US label. It shouldn't be too long before he has both. J G Harding

From DX to MODX with Manny Fernandez | Podcast
4 days 18 hours ago.