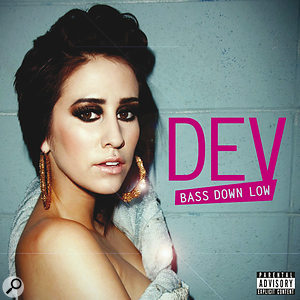 SOS reader Vena Obukowo recently asked how to emulate the kinds of extrovert vocal effects that are all over tracks like this Dev single, so I thought it might be helpful to make some suggestions here, albeit without any insider knowledge of what gear or techniques were actually used.

The song is peppered with rhythmic stutter‑editing, which is very easy to do using a DAW's cut and paste tools, as long as you use very short fades at the edit points. A millisecond or so should be enough to avoid unwelcome clicks, while still retaining the juddering rhythmic flavour. The exact timing of the edits relative to that of the part itself will be critical, though. In this song, the vocals are all locked to the beat, so grid‑based edits sound fine, but in other productions with looser vocals (or ones that are slightly pushed/pulled relative to the beat), that may not be the case.

For the main "bass down low” hook, I'd try an amp simulator with a cabinet resonance around 270Hz, and I'd almost certainly run this in parallel to the undistorted vocal channel to give more control over the fuzz levels and lyric intelligibility. If the parallel amp‑simulation channel causes phase cancellation when mixed in, put a sub‑millisecond delay or some kind of phase‑matching device into the distortion return.

I'd mult the main Dev verse vocal (0:26‑0:44 and 1:26‑1:44) to a separate track, to give it its own heavy compression (leave a few milliseconds of attack time, so a few of those spitty transients get through), de‑essing, and a good few decibels of 'air' boost at 15kHz or so. The stereo widening effect sounds like a phaser, with the modulation waveforms of its left and right channels out of phase with each other. Judging by the comb‑filtering on the sibilants (such as that on 'sip' at 1:32), I'd probably start off with something like a 5Hz modulation rate, a low modulation depth, and just a touch of feedback level. This track would probably also serve for "it's The Cataracs” at 0:08 (with an automation ride of the phaser level) and the double‑track on 'down low' at 0:24.

Speaking of double‑tracks, you'd certainly need at least one pretty crispily EQ'd channel pair with opposed L/R panning for the double tracks in the second section of each verse and also for the "drop it to the floor” section, which arrives at 1:08. If fading those up close to the lead vocal in the verses doesn't provide enough stereo smoothness, I'd try stereo chorusing and/or a short, low pre-delay, early‑reflections treatment. Double‑tracking would also be part of the recipe for the Cataracs rap at 0:43 and 1:43, although it sounds like there's some light flanging going on too, and at 0:51 you'd have to match the double‑track very closely to the lead in terms of level, timing, and tuning to make the "boom boom pow” line that phasey‑sounding.

There's plenty of pitch‑corrector abuse, and I'd dedicate at least one track to hyper‑fast correction to generate the "one, two, three” backing vocals at 0:27, "thirstay” at 1:33, and the Black Eyed Peas references in the Cataracs rap. Assuming I were working with Antares Auto‑Tune, I'd use the automatic correction mode with the 'Target Notes Via MIDI' mode enabled, Keyboard Mode on Momentary, Tracking at 100 ('Relaxed'), and Retune Speed at 0 ('Fast'). After that I'd faff around on a MIDI keyboard during playback until I chanced on something that seemed to work, as there's no substitute for trial and error with unstable effects like this. Firm pitch‑correction would also be important to give the "drop it to the floor” vocals that glassy sheen, albeit with more moderate settings to avoid obvious glitchiness. For the synth‑like effects of 'bass down low' at 0:16 and 'I'll make you shout' at 0:46, I'd use a vocoder. For the former phrase I'd vocode a synth chord, and for the latter a single note in unison with the force‑tuned 'robot' lead vocal. In both cases, rich saw or pulse waveforms would be my first call for the vocoder's synth input, and even then I might emphasise the HF of the signal feeding the vocoder's voice input to get maximum sizzle out of the filter bank. As with amp simulation, vocoding may be more controllable and intelligible when mixed in alongside the clean track.

Delays are all over this production. Some are occasional 'spins' like on "going home” at 0:35 (a crusty, eighth‑note patch with medium feedback and heavy filtering) and on the phrase‑endings of the Cataracs rap (a clearer, quarter‑note single‑tap panned to the right). Others form more of a general section backdrop, as in the case of the thin‑sounding ducked quarter‑note on "question for you...” (2:42), and the more high‑feedback reverberant quarter‑note on the double‑tracked "la la la...” (2:51). Further spot effects that caught my ear were the simulated tape/vinyl‑stop on the "drop it to the floor” vocals at 1:12, the static, medium‑resonance, low‑pass filter on "fly” at 2:47, and what sounds like a vinyl sample of the word "bass” from 2:25 onwards. You could simulate the last of these using Izotope's freeware Vinyl plug‑in, but the scratching effects might require more specialised tools like Serato's Scratch, or a hardware DJ turntable.

If this sounds like a lot of work, it should: I wouldn't be surprised to find that considerably more time was spent on recording, comping, processing and mixing the vocals on this record than on all the other aspects put together. That's the name of the game if you want to compete on these terms. Mike Senior 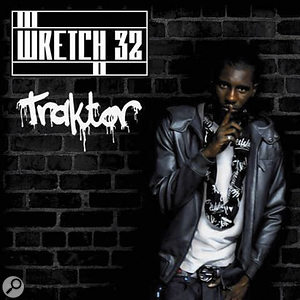 There's a lot about this single that I love. Great rapping, inventive programming and canny arrangement all come together to create a piece of chart alchemy that, musically, is more than the sum of its parts. Despite this, the mix leaves me dissatisfied.

One of the most common tips you'll find in mixing tutorials is that the low frequencies of your bass synth/guitar should occupy a different frequency region to those of your kick drum. This isn't bad general-purpose advice, but I haven't heard as extreme a case as 'Traktor', where the bass is a pure sine-wave 'F' at 44Hz, while the kick's main low-end contribution feels like it's more than an octave above, somewhere around 120Hz. It surprises me, therefore, that the kick's tone wasn't balanced more in favour of this region, because it's rather anaemic as things stand. Experimenting with the dynamics of this frequency region using Voxengo's Transmodder plug-in bore this out, showing that it was possible to significantly increase the kick's 'oomph' at that frequency, even within the headroom restrictions imposed by the track's endstop‑busting mastering job.

The vocal tone isn't doing the kick any favours either, because it's packing more 240Hz warmth than I'd expect for a chart-oriented rap vocal. (Compare it with any of the recent Tinie Tempah singles, for instance, or Wiz Khalifa's 'Black And Yellow'.) As a rough rule of thumb, the more low end you add to a lead vocal, the bigger it will sound in the mix. While this initially feels like a good thing, everything in a mix balance is relative — so as you make the vocal bigger, the rest of the backing track effectively shrinks. I suspect taking out 3-4dB of vocal at this frequency would have been a good idea, and not just for this reason. I'm also getting a slight sense of tonal muddiness from this mix, which seems to stem from the way the prominent 174Hz and 348Hz pitched components of the opening sample combine with the low end of the vocal parts, so processing the vocal to pull down the octave centred on 240Hz would make sense from that perspective too. I'd probably have added a couple of decibels to the lead rap at 3-4kHz too, bringing it closer to the front of the mix, to improve small-speaker projection. Mike Senior

I Need A Dollar 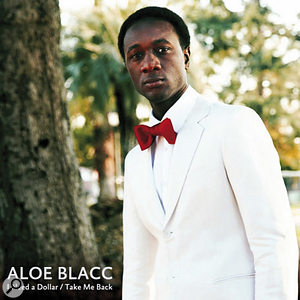 The vocal performance and awesomely funky bass/drums groove on their own earn this track some close auditioning, but it's also worth checking out as a textbook example of how to create mix clarity. Although many of the sounds are by no means glorious on their own, they fit together effortlessly, and simply leap out of even the crummiest playback system. Take the snare, for example. I was immediately struck by how dull-sounding it is for a modern record, but it doesn't make the mix sound dull because it only appears on its own a couple of times and other elements in the mix are providing enough high-frequency information to make the mix tonality as a whole seem well balanced.

What the snare does have, though, is a gutsy 175Hz pitched component, which is a big part of what gives the beat its power. On top of that are a couple of significant spectral peaks at 2kHz and 6kHz, which are just 'pokey' enough to give a little snap at the start of each hit, but narrow enough in terms of bandwidth to avoid brightening the overall tone. To get an idea of how efficient and targeted this sound really is, try training a series of narrow EQ notches on these three frequencies — you may be surprised by how they can kill the snare in the balance.

The piano sound is another case in point. Bracketing the sound into something like a 200Hz‑5kHz bandwidth, as has been done here, doesn't exactly make it sound hi-fi, but it does avoid clouding the bass's critical sub-200Hz zone and the vocal's strong sense of presence and sparkle in the top two audible octaves. The bass's low extreme of around 70Hz stays well clear of the kick's dominant 50Hz frequency, while a 1kHz peak in the bass timbre helps it hold its place nicely on small speakers.

You could argue that the brass trespasses slightly on the vocal presence frequencies, especially at around 4kHz, but that's mitigated by the vocal's rich 9kHz region. I suspect that the mix engineer was well aware of this potential issue, hence the decision to separate the vocals and brass in the stereo picture throughout the track, most notably in the "I don't know if I'm walking on solid ground” sections at 1:01 and 1:59, which feature something of a rarity: a markedly off-centre lead vocal.

In a mix that has so many sounds separated so beautifully, it's also worth pointing out that the engineer has shown himself perfectly capable of sinking the organ sound almost invisibly into the mix as an extra sweetener, without letting it draw attention away from the foreground instruments. It only surfaces enough to be audible in its own right for few seconds around the "take away my sorrow” lyric (2:26-2:31), but you only have to solo the stereo Sides signal to hear that it's playing pretty much all the way through the song.

Of course, no mix is ever perfect, if only because everyone has a different idea of what 'perfect' is! I'd personally have given the kick drum a little more cut-through in the mid-range (a small peak at 700Hz?), as it loses out a bit on smaller playback systems. If you switch back and forth to mono, it reveals that the vocal reverb is cancelling a great deal too, effectively drying up the mix. This is a surprisingly common issue with cheap and/or lo-fi reverbs in particular, but can usually be avoided fairly easily using modern phase‑shifting tools, without compromising any retro credentials. Mike Senior