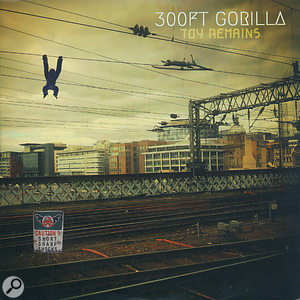 Back in the lazy, hazy, crazy days of summer 2007, 300ft Gorilla's Gorilla Tactics album was given the coveted title of SOS 'Demo of the month' (read Chris Korff's blinding review at /sos/jul07/articles/playback_0707.htm). They've obviously been working hard for the last six years on their particular flavour of grungy rock, as Toy Remains is exceptionally polished, unavoidably catchy, and just downright sexy. The songs are brilliantly written and hugely well performed. Their new vocalist Ian Humphreys shows great natural talent, which feels like a rare thing in modern Indie music. His voice is full, soulful and brilliantly matched to 300ft Gorilla's style. On the subject of vocals, this album also features backing vocals from the group's ex-singer, who has a similar style and perfectly lifts the songs he appears on.

Favourite moments for me are 'Eagle & Dove' and 'Twilights Blind', which, while at times heavy, rocky and very reminiscent of the band's number one stated influence, Alice In Chains, are delicate and beautiful songs.

For a four-piece, they create an incredible amount of noise and energy; far from being overwhelming, it's exciting and vibrant. As well as being great musicians, having fantastic songs and sounding incredibly professional, they still somehow manage to add up to more than the sum of their parts. Who knows, maybe they even get on well, or something crazy like that...

Despite having been going for some time, 300ft Gorilla don't yet seem to have had half the recognition they deserve, based on Toy Remains. Perhaps the new vocalist will give them a new lease of life. I certainly hope so, because it's rare to come across something that isn't just promising but has already musically arrived, and is just waiting to make its mark. It's even rarer when a reviewer actually imports an album into their own personal iTunes... Nell McLeod 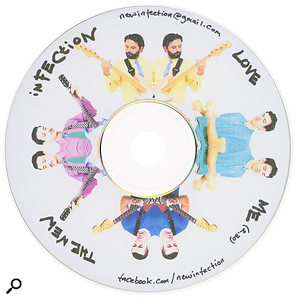 Thirty years ago, a garage band like the New Infection would probably have stuck up a mic in the middle of their rehearsal studio and recorded themselves playing 'Love Me' live to cassette. They would have come up with a thrillingly primitive lo-fi racket, and it would have taken them all of two minutes and 38 seconds to do.

Today, unfortunately, the New Infection have tried to manufacture a thrillingly primitive lo-fi racket using some sort of digital production process, with more effort and less satisfactory results. The rhythm track is a weird hybrid of early '90s drum machine and what might be a real hi-hat, everything sounds harsh and thin, and there's no power in the fizzy guitars or bass.

Despite this, though, the song and the vocal performance are strong enough to overcome this mistreatment, and out of curiosity, I headed off to the band's Soundcloud site — to discover that their other material is fantastic! Thirty years ago, the New Infection might have had an A&R person to help them choose the best track to release as a single. How times change. Sam Inglis

What Do People Do?

A two-man, long-distance, Germany-Italy collaboration, the o8o8 Project is made up of multi-instrumentalist Fabio Pesce and Chris Henkel who, according to the press release, "is to be called musically challenged and has no background in music worth mentioning”. It's a wonder I get up in the morning, it really is! 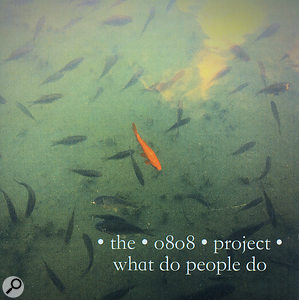 However, do not be downcast, dear reader, as there's whimsy here, albeit secretly. I think we're being lulled into a sense that we're meant to take this very seriously indeed, but actually it's secretly smiling at us as we do. You might be surprised to hear that this isn't a comment on the quality of the music at all, which is, for the most part, pretty high.

The opening track must surely have fallen off the Twin Peaks soundtrack, starting with a very pretty little plucked strings melody and ending with the sound of something eating a fly out of mid-air. The album is made up of a mixture of organic and synthesized sounds — no big pad sounds in sight, mercifully — mixed together with varying degrees of success.

Later on, things become more serious and, as a result, more available for criticism, although it has to be said that the majority of the performances are very well executed. It feels as though the o8o8 Project has succeeded in being just what it wants to be; experimental, curious and fun. Nell McLeod