One of my colleagues recently remarked that he likes musicians who 'know what they're trying to be'. I'm not totally sure I agree (some of my favourite bands are also the hardest to define, in terms of genre or influence), but I can appreciate that there's something to be said for acts who embrace, rather then hide from, the clichés inherent in their style. And this seems to have been the case with Ad Asteris, who cite Pink Floyd as their biggest influence, take their name from a cult movie (The Man Who Fell To Earth), and have a touring video projection artist.

Happily, Ad Asteris' take on what you must by now have surmised is prog rock is rather more modern than the above might lead you to expect, and it is also rather good. There's less self‑indulgence than you get from many exponents of the genre (only one track on the album breaks the 10‑minute barrier; most are significantly shorter), and despite the obvious prog influences it even manages, at times, to be catchy. It's as if they've taken the rock template and made it proggy, rather than the other way around, and the result is that it is both anthemic and engaging, even in its more languid moments.

If I have a criticism, though, it's in the production. Although not bad, per se, it strikes me as a little confused. It seems to me to be aiming for both a rough‑around‑the‑edges vibe while maintaining a contemporary, radio‑friendly 'sheen', and would probably have been better if they'd chosen just one option and stuck to it. There's also the matter of the rather heavy‑handed compression, which makes the whole album a little fatiguing to listen to, though whether this was applied at the mixing or mastering stage, I couldn't say. Chris Korff 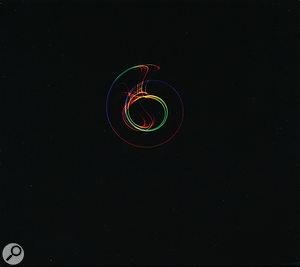 Four years have elapsed since a Glass Ankle EP last made it into these pages. On the plus side, main man Greg Jackson's arranging and mixing skills seem to have developed considerably in that time. On the down side, he's only gone and bought himself a ukulele.

Thankfully, the four‑stringed horror disappears after the first track, and the rest of the instrumentation is very nice, with lots of breathy saxophone, swooning strings and jazzy Rhodes piano. Unlike most people who create dreamy soundscapes, Greg has also bothered to write some decent songs, with plenty of melodic interest and development. Bonus points, too, for attempting to rhyme 'Hovis' and 'pelvis'. As long as they stay off the novelty instruments, Glass Ankle could have a bright future. Sam Inglis 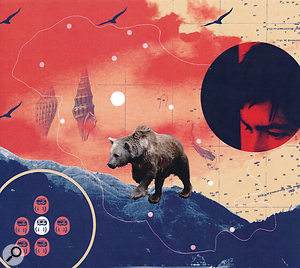 Despite the current mania for all things retro, it's only a relatively small subset of old gear that is considered desirably vintage. We all lust after Fairchilds and Minimoogs, but eBay bidding wars are unlikely to erupt over Minidisc players or obsolete versions of Cubase VST any time soon. All of which makes Pierre Shlimon's setup rather unusual in this day and age. Featuring, as it does, both of the above, alongside such non‑vintage antiquities as a Digidesign Audiomedia III soundcard, Yamaha SY85 synth and Zoom multi‑effects, it sounds less like a studio and more like a time capsule from 1998.

Ocean Sky is the sort of title that is usually attached to albums of instrumental ambient electronica, so it's no surprise to find out that Pierre Shlimon's album consists entirely of instrumental ambient electronica. And despite the age of his sound sources, some of them hold up rather well, notably the piano and Rhodes patches. Less successful are the dated synth sounds, occasional glitches, and guitars that have been DI'd when they would be better miked.

Ultimately, though, the reason Ocean Sky didn't keep my attention is nothing to do with sound quality. It's that it doesn't contain enough musical ideas, and doesn't do enough to develop the ideas it does contain in interesting ways. And that, sadly, is a problem that afflicts lots of instrumental ambient electronica, no matter what equipment it was made with. Sam Inglis 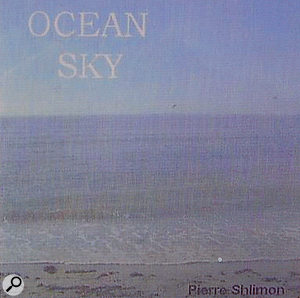 Earth And All The Universes

"It's not meant to be serious!” urges Marvin B Naylor in the opening track of his album. "Don't take it all so seriously!” As if to underline the point, said track also features assorted silly noises, Theremin, wah guitar and a massed choir of multitracked Marvin B Naylors. Imagine the Beach Boys trying to record Smile in someone's bedroom, having first removed the part of Brian Wilson's brain responsible for filtering good ideas from bad.

The album continues in the same dense, chaotic, whimsical and wildly ambitious fashion. Musical parts tumble over each other like kittens out of a wardrobe, and it's frequently impossible to keep track of what's going on. Marvin B Naylor is clearly a man of considerable talent, but he badly needs a producer to give his output some discipline and coherence. Sam Inglis 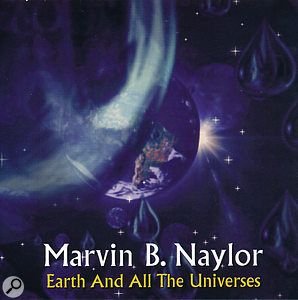 Almost all of the music that appears in this column is sent to us by the artist or band who created it. Occasionally it comes to us from one of the artist's representatives (a PR company or manager, perhaps), but this, as far as I'm aware, is the first time a record has been sent to us by its mix engineer — one Mitia Wexler, in this case, whose work on the industrial/metal album The Last World has, as far as I can tell, had a significant effect on the final product.

Now, evaluating the quality of a mix in isolation can be rather tricky. So much of the final outcome depends on the quality of the recording, as well as, of course, the songs and the arrangement, that without having access to the raw recordings it can often be impossible to determine with whom the credit should lie — the mix engineer, recordist, or the band? Making that judgement easier has been Wexler's apparent decision to, in short, go ape with the processing. This is a heavily treated album, and the mixer's notes accompanying it make no secret of that. Fortunately, her aesthetic choices have been very well judged indeed, and are not only accomplished in their own right, but also sympathetic to the genre in general, as well as to the band's sound in particular. Some very bold decisions have been made, such as the frequent band‑pass filtering and hard panning of various guitar parts, some adventurous vocal treatments and oodles of delay, but they've all been executed tastefully.

It's a brave move, trying to give someone else's music your own sonic stamp at the mixing stage, but here I feel it adds to, rather than detracts from, the original message, and for that Wexler should be commended. Oh, and the band are really rather good too — if you like your metal snarling and gloomy, à la Alice In Chains, I recommend you check them out. Chris Korff 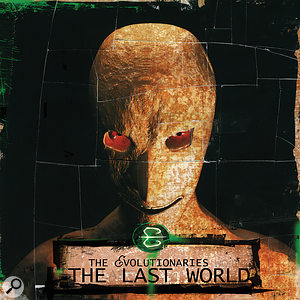 Creators of synth presets, I have decided, are a very odd bunch indeed. There they sit, in front of a fiendishly complex sound‑generating engine capable of emulating every musical instrument ever invented or even imagined, and what do they invariably come up with? A poor approximation of a Fender Rhodes layered with some vocal 'ooooh's. The static and lacklustre timbres of such patches could perhaps have been forgiven in the days of limited‑memory ROMplers, but even to criticise that would be to miss a rather more fundamental point: has anyone, ever, in the history of everything, actually seen a live performance by a 'Rhodes and choir ensemble', wherein the vocalists simply sing the same vowel sound, over and over, and in perfect unison with every single note played by the Rhodes? Furthermore, would anyone who'd had the misfortune to witness such a nightmarish ensemble actively seek to emulate it, that its god‑awful sound may be instantly invoked by any Tom, Dick or Harry with a sample‑based sound module? Nay, nay and thrice nay.

Bizarrely, it is precisely such a sound that Kenwood Anderson has seen fit to pepper the first track of his smooth jazz album, A Handful Of Grooves, with. A peculiar decision indeed, but it exemplifies my one major criticism of the album: the choice of keyboard sounds. It's a shame, though, because his playing is undeniably excellent: whether he's noodling away on a (rather better‑sounding) jazz organ, triggering XLN Addictive Drums via an electronic kit, or getting some serious notes‑per‑second on the (actually rather good‑sounding) electric guitar, it's clear that Anderson is a highly accomplished player, but I keep finding myself tuning in to the naffness of some of the patches, rather than the notes being played on them.

I'm usually loath to recommend things for people to splurge their money on (in most cases, practice, not more gear, would offer the greatest improvement to people's musical output), but on this occasion I'm quite happy to: Ken, get a better Rhodes sound, and lay off the 'layered with choir' patches. Chris Korff 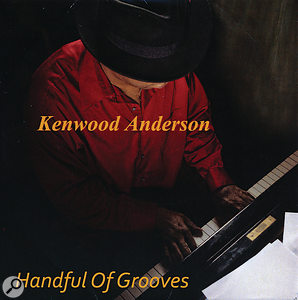 The Eye Of Fire And Fear

Nothing can strike more fear into the heart of a Playback reviewer than the words "single, 51‑minute-long piece” (although there are some close contenders, namely "experimental”, "free‑form", concept” and "transcendental”). But such is the hand I've been dealt by Ben Asaro, otherwise known as As Follows, who not only wrote all 51 minutes of this Edgar Allen Poe‑inspired prog‑rock epic, but also played every instrument on it. And, despite my trepidation, it's actually pretty decent. Fortunately for the listener, it's also broken up into fairly distinct chunks — so you don't feel like you've been sitting listening to the same song for almost an hour; in fact the experience is more akin to an album in which the inter‑track segways have been paid close attention to.

That's not to say it doesn't have its moments of dragging (from around minute 20 to minute 23 it does get a little, ahem, 'atmospheric' for my taste), but it's otherwise surprisingly engaging, especially for a classic prog‑rock affair. Chris Korff 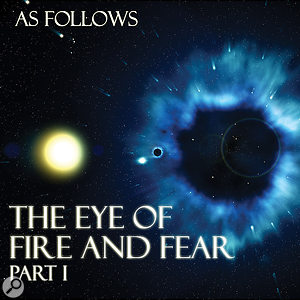