No matter how weird, obscure or downright distasteful your personal interests are, the Internet make it possible to find others who share them. In the case of Zipperfish, online collaboration has enabled two obsessive Sex Pistols fans to get together remotely to make an album that sounds exactly like Never Mind The Bollocks. And when I exactly, I mean exactly: entire melodies and lines are plundered wholesale, along with the trademark Steve Jones 'wall of guitars' arrangements. 'Too Much Time', in particular, is a dead ringer for 'Anarchy In The UK'. 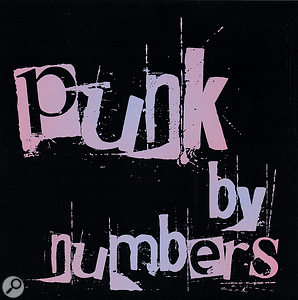 Things get a bit more interesting when Zipperfish depart from the template, not that they ever let it out of their sight, but the most impressive feature of Punk By Numbers is how successfully two guys trading files over the Internet have copped the Pistols' sound. You'd never guess that this wasn't the work of a real band playing in a real studio. Appropriately snotty guitar sounds are matched by punchy drums and growling bass, the playing is spot-on, and the only criticism I'd make from a technical point of view is that Sunil Tanna's lead vocals are mixed a bit too quietly. So, although the title is perhaps a bit too accurate a description of the contents, at least it was made by people who are good with numbers. Sam Inglis

Hailing from Kalamazoo (yes, UK readers, it is a real place), Michigan, Vega's debut EP has been sent in for Playback scrutiny by its Nashville-based engineer/mixer Nick Lobel. The aim, according to Nick, was to add a synth edge to the American alt-rock (Queens Of The Stone Age, Foo Fighters, that kind of thing) sound, and in that it has been remarkably successful. The guitars, in particular, have been recorded and mixed very well indeed, sounding wide and massive, yet still making room for the (again, highly professional-sounding) vocals. 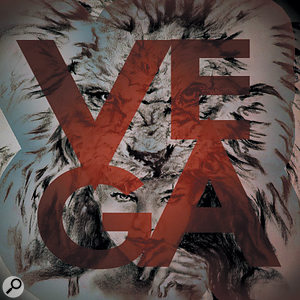 The album sounds really polished throughout; something made all the more impressive by the fact that it was created entirely at Lobel's home studio. The musicianship is excellent, and is of course largely responsible for the album's commercial appeal, but Lobel deserves a portion of the credit here: he has tastefully peppered the record with some masterful ear-candy — a particular highlight being the breakdown around two and a half minutes into the third track, 'Shift'. Chris Korff

I can tell that Dirty Little Words is meant to be a comedy album, because Tony Harries sings in a silly voice throughout, and because the press release tells me that it places him "in the vanguard of comedy musicians”. But if he really wants to join the Tom Lehrers and Bill Baileys of this world, there are a few minor issues he needs to address.

For one thing, if Tony Harries is really "entertaining audiences of every hue” up and down the country, I don't quite understand why he's chosen to make his album in a home studio. Surely it would have been a better option to have recorded some of these live shows, complete with audience response? I could understand his taking the home-studio route if he'd exploited the possibilities of multitracking for comic effect, but instead, the end result is that his songs have become weighed down with unappealing backing tracks. Is sloppy production supposed to be more acceptable just because he's making a comedy record? Wildly out-of-tune guitars and harsh, repetitive drum loops aren't pleasant to listen to in any context. 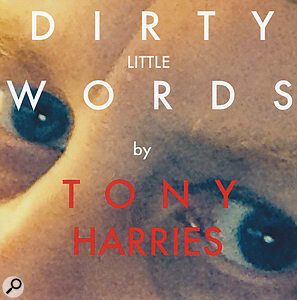 Ultimately, though, all of this is irrelevant while there's a bigger hurdle standing between Tony Harries and his goal. Writing comic songs that are actually funny is incredibly difficult, and from Paul McCartney to Richard Thompson, some of the best songwriters in the world have tried and failed. Unfortunately, so has Tony Harries. In fact, if I'm honest, I found the blend of clumsy observation and seaside-postcard smut that is Dirty Little Words more creepy than amusing. And if I wasn't honest, what would be the point of writing this review? Sam Inglis

Producer Chris Page sent over three tracks that he has recorded for 20-year-old singer-songwriter Heather, who hails from the rock Mecca that is Bury St Edmunds in Suffolk. And there's no denying the promise on display: her songs are direct and to the point, and she has a powerful and tuneful voice, albeit one that doesn't traverse an enormous range on this demo.

The flip side of this is that Heather Merryn is not quite the finished article yet. It's a little hard to tell from these demos whether Page and Merryn see themselves as MOR balladeers or as a modern synth-pop duo: 'Give A Little More' is a straightforward piano ballad, while 'Hold Me Close' hints at something more in the direction of London Grammar. They clearly have the ability to pursue either path, but arguably they need to commit more fully to one, and decide whether elements such as drums and bass are going to be real-sounding or purely electronic.

Settling on a musical direction would, I think, help Chris Page to kick his production up to the next level. At the moment, all three tracks feel like high-quality demos rather than commercial pop releases. The piano arrangements are a real highlight, and I'd have liked to hear them mixed louder; elsewhere, there's a harsh edge to the upper mids, especially on the drums. But despite occasional rough edges, this is cleary a fruitful partnership with great potential for the future. Sam Inglis

Concept albums usually represent quite a commitment to what is often a fairly specific idea, and there's no shortage of such commitment here: so readily, in fact, did Curve Zer0's Artur Rakhmatulin and Anton Khatuntcev throw themselves into the Unified Nation project that they even made an accompanying concept web site. The site (see the link below) is quite entertaining in itself, being, as it is, set in an imagined dystopian future where, I gather, a one-world government has essentially enslaved the human population; individuality is frowned upon, natural reproduction is banned... It's all very Brave New World, except the web site's aesthetics borrow heavily from Soviet Russia — and that's a vibe that's also clearly evident throughout the album. 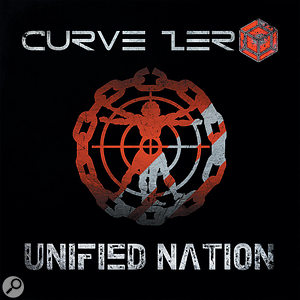 The unlikely mash-up of Soviet-style military music, techno, dubstep and hip-hop that makes up Unified Nation is bizarre, yet surprisingly enjoyable. Think halfway between the Tetris music and a Tricky album and you'll be in the right ballpark — and if you ever played the computer game Red Alert and can imagine a trap remix of its soundtrack, you'll be pretty much spot-on. Chris Korff