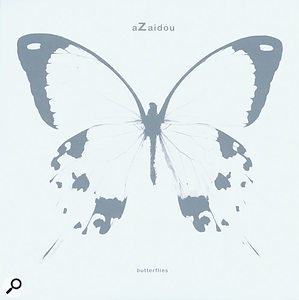 There are many reasons why you don't see a lot of rock bands with singing pianists. For one thing, the stage piano has yet to be invented that can be carried on public transport. For another, the range of rock & roll shapes that can be thrown with two hands on the keyboard and one foot on the sustain pedal is limited. However, I suspect the biggest factor is just that singing and playing the piano at the same time is bloody difficult. Or is that me?

Whatever the reason, it's refreshing to hear a band like aZaidou, who use the instrument as a central element of their sound, but don't restrict themselves to down–tempo ballads or allow jazz and blues influences to dominate. If the three tracks included here are anything to go by, they should be a fine live band: the musicianship is excellent, the songs are very well constructed, and there's an oomph to the whole thing that you don't often find in keyboard–led bands.

However, aZaidou's demo CD also shows up one of the other problems that can arise when you try to put the piano centre stage in a rock band: it's just too big, and not only in the physical sense. The sound of a piano spans an enormous range of frequencies, many of which it shares with drum kits, basses and guitars. It takes both sympathetic arrangement and serious engineering and mixing skills to resolve these battles, and whoever recorded this CD hasn't quite succeeded. Drums and bass come across well, but the vocals are distant, the DI'd acoustic guitar is scratchy, its electric counterpart is muddy, and the electronic piano sound is a thin and apologetic tinkle. Ultimately, though, it's the music that matters, and none of this really stops aZaidou's strengths coming through. A band to watch. Sam Inglis 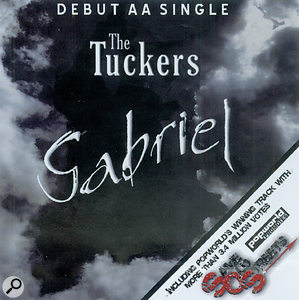 In the spoof documentary series Yacht Rock, Donald Fagen of Steely Dan speaks in a private language that only Walter Becker can understand. The Tuckers' biog makes me wonder if something similar is going on in their universe. What, exactly, do they mean by describing themselves as "a self–acclaimed 'H–indie' band"? What madness made them adopt as their logo a badly drawn naked female body, on which the band name appears to be carved in blood? Since they've sent in a blank CD, I guess I'll never know. Sam Inglis 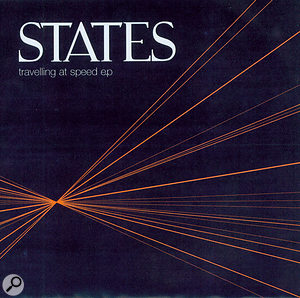 Did someone change the meaning of the word 'eclectic' while I wasn't looking? I must've missed the meeting where Croydon band States chose it to describe their 'mix of influences', which covers Coldplay, Radiohead, U2, Oasis, the Verve, the Manics and Jeff Buckley.

I realise that Croydon may not be a melting pot of the world's cultures, but to my mind, that's about as 'eclectic' as the ethnic makeup of the Ku Klux Klan. Not that there's necessarily anything wrong with liking those artists, but you don't go making a song and dance about a record collection you share with every other binman indie band on the planet.

States' four–track EP is perfectly competent, then, but sounds exactly like you'd expect a band who only listen to mainstream indie–rock to sound. Guitarist owns a delay pedal? Check. Anthemic choruses? Present. Glib, empty lyrics full of metaphors about drowning? Here, miss. Careworn male vocals, with occasional notes sung falsetto for no obvious reason? Check, check and double–check. States are, not to put too fine a point on it, predictable, and their music would surely benefit from an injection of actual eclecticism. Look it up, guys, it's in the dictionary. Sam Inglis

Here are some facts about Alex Sheppard: she is a 20–year–old singer–songwriter from Norwich, who's been compared to the incorrigible but downright cuddly Kate Nash. Already she has appeared on BBC local and national radio stations, caught the attention of the NME, and has supported ex–Libertines frontman Carl Barat and his current band, Dirty Pretty Things. Not bad going, really.

But let's go back to this comparison with the aforementioned Nash. For those of you unaware of her exceedingly annoying yet utterly catchy talent (I'm not sure her cock–er–ney tones have crossed the north Atlantic yet), she's popular with the young population of the UK, mainly because most 15–year–old girls can 'sing' just as well as Nash, or at least do a good impression of her. They can even play the stupidly simple piano riffs that seem to pass for the basis of many of her songs.

Given these points, I can only surmise that the reason that Nash is so popular with the record execs (who are mostly fully grown adults) is that her songs are very well written and were seemingly unique on first hearing. Somehow, Sheppard's songs don't seem to keep me interested like Nash's do. Maybe it's because I've heard them before (on Kate Nash's debut album, I reckon) or perhaps it's because they need a good polish to bring them up to the grade.

I can see a lot of potential; Alex has a pleasant tone to her voice and can pitch well when she wants to, but her songs either need fleshing out in terms of arrangement, or cutting almost in half time–wise. Whichever approach she takes, I'm sure some discerning adult will be able to sell her music to the kids. Chris Mayes–Wright

Ahoora All In Blood With You

The freedom to play progressive thrash metal is, arguably, not the most fundamental of human rights, but it's one of many that is denied to Iranian citizens. It's thus pretty impressive that Ahoora have managed to record anything at all, and although their EP All In Blood With You is not stunningly original, it sounds remarkably contemporary given the band's enforced isolation from the rest of the metal world.

No recording or equipment details are available, but the band's technical ability puts to shame many of the demos I've heard from more liberal regimes. They play with an assured power and precision, led to good effect by what is either an excellent but uncredited drummer or a very nicely programmed machine.

Any form of criticism seems redundant in the circumstances; there is some muddiness to the proceedings, which could be due to the necessity to distribute the EP as an MP3 download, but I suspect that limited choices of amps and microphones might also play a part. There's also a tendency for the vocals to get lost in the mix, but it's understandable that singer Ashkan Hadavand doesn't always sound confident. I dare say few of us would, if we played under the constant threat of being thrown in prison. Sam Inglis 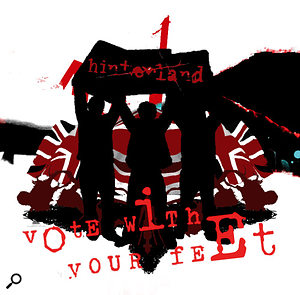 Hinterland are what you might describe as an old–fashioned guitar band, who seem to be targeting their appeal at people who find Queens Of The Stone Age a bit too modern and sophisticated. There's a satisfyingly brainless, Route One quality to their songs, a feral rawness to their sound and an impressively bone–headed dedication to the way they play simple riffs over and over and over again. I don't often find myself agreeing with a URL, but in this case, I'm happy to concur that Hinterland do, in fact, rock. Dot com. Sam Inglis 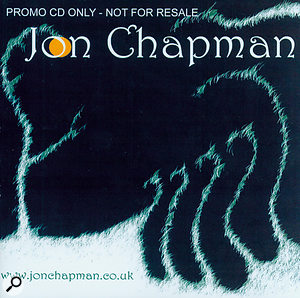 Oddly enough, it's not often you hear a demo that hints at unfilfilled potential. Usually, if someone's capable of writing a decent song, they'll also have the wit to create interesting arrangements and the wherewithal to record things competently.

Jon Chapman might be an exception. He's a good singer and a mature songwriter who obviously has a clear idea of the music he wants to make, and there are moments of brilliance on his demo. His imaginative vocal harmonies, for instance, are as well–executed as they are unexpected, and the second track, 'Lose It All', boasts a lovely lazy groove overlaid by jazz guitar and shaky eggs. Yet at the same time, Jon's music has a strangely unfinished feel to it. The songs would benefit from editing, the playing is loose to the point of sloppiness, the kick drum sounds like it's been high–pass filtered at 400Hz, and the strong vocals are undermined by weird reverb choices. What's needed here is a producer. Any volunteers? Sam Inglis

A bad start for Chalou Saint Jude: a riff poached from Eminem doesn't sit well in the opening track, 'One Of My Personal Favourites', while elsewhere, the influences of the Rolling Stones and Kings of Leon strangle the band's own songwriting and musicianship. Track two, 'End Of The Road', could indeed be mistaken for the brothers Leon and, happily, shares their great feeling and real energy. Occasional timing issues, maybe due to sync problems, might detract from this recording for a rhythmic OCD sufferer, but weren't a critical point for me.

The spell of the early Rolling Stones makes its presence felt on the third song, a slower, Sunday afternoon blues that is decorated with interesting wordsmithery and performed with an effortless roll. Even though the vocal suddenly turns Irish, it's an elegant track that actually works very well! Chris Sibbons 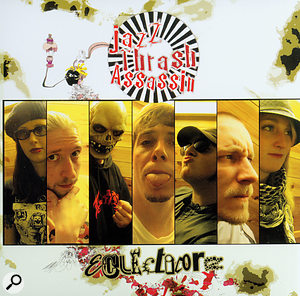 Listening to this four–track EP provoked me to try to list all the bands that Jazz Thrash Assassin sound like. Their songs constantly switch between styles as diverse as thrash metal, disco, jazz fusion, ska–punk and cabaret, so I came up with a very long list. However, one very important name was missing: Jazz Thrash Assassin are so busy mimicking Napalm Death or Isaac Hayes that they forget to ever sound like Jazz Thrash Assassin.

The band's motorway pile–up of styles certainly does justice to the title, but for all its cleverness, it's deeply unsatisfying to listen to. Eclecticore is the musical equivalent of having your TV remote grabbed by a compulsive channel–surfer. There is no whole, just an awful lot of parts, and no sense that the band has any real investment in any of the genres on offer. This is the sound of people trying too hard. Sam Inglis

Specialists in CD, DVD and vinyl replication, Breed Media offer unique membership benefits to their customers. They are also environmentally focused: recycled products and certified CarbonZero status mean they are truly a new breed of replicator.

This month's winners are aZaidou.