I love stoner rock. Seriously, I can’t get enough of the stuff — which is very good news for Testing Tomorrow frontman and engineer Jesse Dean, who has submitted for Playback scrutiny his stoner rock band’s latest album, Tribes. 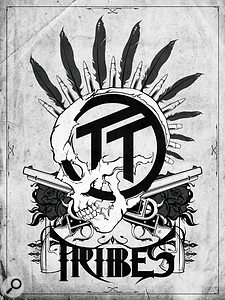 If a man can be judged by his hat stand, then Dean must be a very busy man indeed. For not only must it accomodate his engineer’s and singer’s hats, it must also find room for whatever kind of hat one needs to wear to be the Product Specialist for Aussie mic makers Rode. Being, as he is, a wearer of just such a hat, you’d expect Jesse to know his way around a studio, and if Tribes is anything to go by, he really does.

Musically, Tribes probably sits closer to the grungey, Alice In Chains–occupied end of the stoner spectrum, rather than the delay–laden trippy stuff of the early ‘90s. The songs are catchy and expertly crafted, the musicianship is beyond reproach, and the whole package is delivered with real conviction.

In terms of production, the album has been extremely well recorded and mixed — especially compared with some earlier stoner/desert–rock albums, many of which sound like they were recorded using a potato. The multiple heavily distorted guitar and bass parts (usually a recipe for a total sludge–fest) have all been kept admirably separate, and while the arrangements are usually quite dense, there’s still plenty of variety between song sections to grab your attention. A fine record indeed. Chris Korff

Clemistry & Audnoyz are, respectively, film composer Shawn Clement and producer Steve Thomas. Their album, Audistry, is an intriguing mix of cinematic, rock and electronic music that is wildly eclectic and also very modern. The film–scoring influence that Clement brings lends it an ‘epic’ quality and an enormous sense of scale, while Thomas’ production chops (or “mangling”, as he aptly calls it) add a distinctly electronica feel. There’s a huge array of sources here — various orchestral percussion sounds sit side–by–side with electric guitar, synths, glitchy drums, brass instruments and airy vocals — but the whole lot hangs together very well. 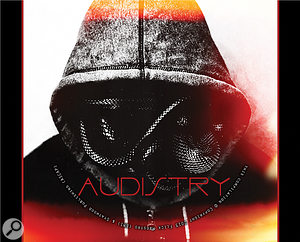 In their press release, their styleis described as kopf kino (‘mind cinema’ in German), and that’s as good a description as any. It’s not all comfortable listening, though. Parts of the album are actually quite unsettling, but fortunately this is for all the right reasons: the same things that make a horror–movie score good are what makes this a challenging listen, in that you don’t know what’s going to happen next, and the moments of discord are carefully crafted to make you feel quite uneasy. I probably wouldn’t put this album on to unwind after a day at work, but as a showcase of production and sonics, it’s impressive. Chris Korff

The ‘home–recording revolution’ has had many casualties, with professional studios among its most high–profile victims, but one less widely recognised martyr is the humble demo CD. Most of the music that we get sent for review these days comes in the form of a cellophane–wrapped album accompanied by a professionally written press release, and it’s often completely impossible to differentiate between CDs that arrive here as part of a well–funded label PR campaign, and the many slickly produced, labour–of–love home productions that arrive in the post.

Just as it’s been quite some time since my CD player has seen a home–burned CD–R with the words ‘demo CD’ hastily scrawled on it, so has it been a while since I’ve heard someone chuck an 808 hi–hat through a ping–pong delay. In fact this whole CD is a nostalgia–fest from start to finish, but that doesn’t stop it being very fun to listen to. The clichés are many, but to Cannav ’s credit they are executed very well: filtered white noise, squelchy 303 bass lines and reverb–drenched hand claps are all present, and in just the right places, but so too are some unexpected and interestingly effected guitar parts, which lend it a small degree of freshness.

To criticise this CD for being unoriginal, though, would be churlish: it is unapologetically techno, and it’s very well produced techno at that. It’s been a while since I’ve dragged myself to a London warehouse party, but I can imagine Cannav ’s creations being received at such very well indeed. Chris Korff