How I learned to stop worrying and love distortion.

I've always considered myself an audio purist. Many years ago I owned a professional recording studio and I hated the slight grunge added to every track by our two-inch MCI recorder. In those days, 16-track was considered state of the art, so large productions often required the bouncing of sub-mixes, which produced more distortion. The final mixdown to quarter-inch tape added yet more distortion, which could be exchanged for tape hiss by recording at low levels. 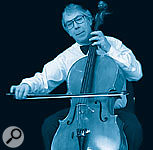 The problem with tape is not so much the extra harmonics but IM [inter-modulation] distortion, which adds musically unrelated content. When digital recording on computers became practical in the mid-'90s, I was ecstatic. At last I could have nearly limitless numbers of tracks with low noise and, even better, low distortion.

Since digital audio has become mainstream, I've heard people complain that its sound is sterile and lifeless — perhaps too clean — but I always attributed that to a misguided fixation with the past. Indeed, as a purist I prefer that my signal chain and recording medium be as transparent as possible; I can always add colouration manually if needed. While I still feel that a recording medium should be free of artifacts, events over the years have changed my thinking.

My first experience with the benefit of subtle distortion was unintentional. Years ago I did a mix in my digital audio workstation and made a cassette copy for a friend. I noticed that the cassette sounded better — more 'cohesive', for lack of a better word. A few times I even copied a cassette back into the computer, used a noise-reducer program to remove the hiss, then put the result on to a CD. I knew it was an effect, not higher fidelity or the superiority of analogue tape, but I had to admit I liked it. I also tried an early tape-simulation plug-in and liked that too. And I didn't have to clean up the hiss.

Now fast forward to the present, where I'm trying to create a good-sounding mix from a difficult group of tracks. My current project is a pop tune comprising 37 cello parts and nothing else. I pounded the cello body with my fist for a kick drum, stroked the front and scratched the strings for sounds like a brushed snare, and tapped and poked it with pencils. There's plenty of traditional bowed and pizzicato playing as well. But trying to produce a good-sounding mix from so many tracks of the same physical instrument presented a huge challenge. I bought Charles Dye's Mix It Like A Record DVD mixing course, hoping for some useful hints. That's when I struck pay dirt. After hearing what great results Charles had achieved using valve and tape simulator plug-ins on every track and on the mix buss, I tried Cakewalk's tape simulator plug-in on the stereo buss in Sonar for my tune. Bingo! Now it sounds, as Charles Dye would say, 'like a record'.

There are many ways to add 'warmth' using tools you may already own. For example, 'aggressive' compression seems to be a holy grail among mix engineers, and that's another good way to add some useful colouration. You can get this effect with any reasonably flexible compressor — analogue or plug-in — by simply setting fast attack and release times. I use a very fast attack, and then shorten the release time to taste. As the release time is reduced, low-frequency distortion increases, adding a welcome touch of character to a track or mix. When both times are set fast, the compression operates on individual cycles, which is more like clipping than compression. A similar effect is possible using volume maximiser plug-ins such as Sony's Wave Hammer or Peak Slammer from www.scrollworks.com. These plug-ins reduce the level of individual cycles, letting you increase the overall volume of a mix without compression artifacts. But when pushed harder than intended they can add a desirable edge to the sound.

To be perfectly clear, I'm not talking about the 'lo-fi' productions popular these days, or using large amounts of distortion as an obvious effect. Nor can distortion substitute for good mixing practice such as overall thinning, brightening, and reducing offending resonant frequencies with EQ. But the addition of subtle distortion can add the final touch to an otherwise solid but lacklustre mix. The 'tubes rule' and 'analogue forever' folks should understand that this is just an effect. I'm still not convinced that one has to pay handsomely for boutique outboard analogue gear when the goal is simply to add a little grit to a track or mix.

Ethan Winer designs acoustic treatment for Real Traps in the USA. You can hear his mix of 37 cellos — with tape-simulation — at www.ethanwiner.com/ rondo.html