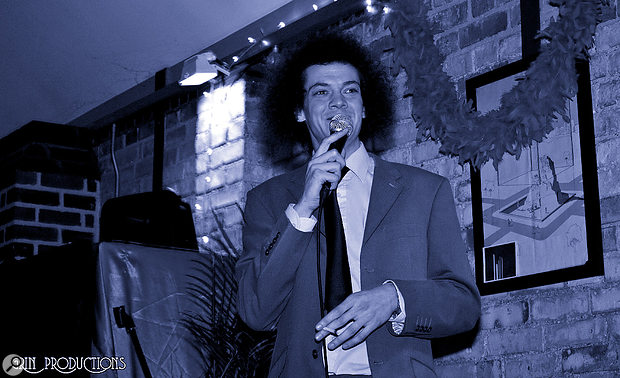 Once upon a time, when my teens weren’t such a distant memory and well before I landed at the doorstep of my thirties with a resounding thump, a sore coccyx and a worrying pain in my kidney region, I used to enjoy big festivals. In my quest to experience the full thrills of the UK festival scene I subverted so many crowd-control solutions it could warrant a how-to article all of its own. I climbed fences, broke fences, passed wristbands through fences and lifted fences while people crawled underneath them, all to gain access to sprawling, sweaty, corporate pseudo-cities full of gurning suburbanites in plastic wigs, intent on having the time of their lives.

However, as time progressed I started getting booked for festivals rather than breaking into them and, as an up-and-coming artist, I found it much easier to get on the bill at smaller, newer festivals. What I found when I swapped Glastonbury and Secret Garden for Small World and Landed was that I actually had a much nicer time when I got there.

Festivals have never been about the big-name bands for me. Racing between arenas, desperate to stick to a poorly conceived itinerary that doesn’t take the three-mile walk between stage A and stage B into consideration doesn’t seem much fun as far as I’m concerned. Similarly, pinning an entire weekend’s hopes of happiness on a couple of sets on the main stage where every plastic punter and their selfie sticks are busily committing the whole thing to video is a gamble I’m unwilling to take.

For me, festivals are more about the long game; rambling and exploring, stumbling across a rickety geodome made of bamboo and tarps where I’m sitting three feet from an amazing artist I’ve never heard of and the compere’s off his face handing out shots of moonshine to the crowd. It’s about finding the dude playing two guitars and a banjo while painting himself blue or the pair of clowns conducting a complex audio-visual extravaganza with nothing but two Wii controllers, a modified SNES zapper and an orchestra of artificially intelligent blenders. It’s about witnessing the perfect symbiosis of a group of musicians and then finding out they’ve never played a note together before. It’s about seeing things you simply couldn’t see anywhere else.

The people are nicer at smaller festivals. It’s like leaving the frowning bustle of London for an olde-worlde village in the sticks where everyone knows everyone and you can leave your tent flaps open without anyone deciding it would be a convenient place for a dump. While we’re on the subject of a convenient place for a number two, you can’t really write about festivals without mentioning toilets. Them’s just the rules. You would think that simple maths dictates that 100,000 people would have roughly the same effect on 1000 toilets as 1000 people would have on 10 toilets. Not true. Not true at all.

See, social responsibility is actually a thing at smaller festivals. Somehow, spraying a portaloo wall with homebrew-induced diarrhoea doesn’t seem nearly so entertaining when the person who finds your mess is camped three tents down and recounts the story loudly over breakfast while you’re dealing with the mother of all homebrew-induced hangovers.

Festivals, after all, are a celebration. They aren’t (or rather, shouldn’t be) a celebration of our ability to get totally off our faces, lose 72 hours of our lives to ketamine and cheap cider and yet somehow come out relatively unscathed at the other end. They should be a celebration of creativity, of capability and the fruits of our collective labour. Every festival is the culmination of many thousands of man hours spent squirrelled away practising in dingy bedrooms or playing to one man and his dog in the back room of The Dead Horse, Craptown, and nowhere is this more apparent than at the plethora of new festivals popping up around the UK every year.

As Barnaby Bones, festival veteran and frontman of pirate funk monstrosity The Binewski Murder reckons: “The fewer stages there are, the more focused the shared experience becomes. Festivals are usually gatherings with an emphasis on unity and community; it’s much harder to give a fuck when your attention is spread across thousands of people and multiplex stage layouts. I’m less likely to hear music from someone idolised by many but much more likely to hear music from someone I genuinely love”.

Alex Millar is an events promoter, DJ, writer and poet. He is currently working as a stage manager at festivals throughout the UK.