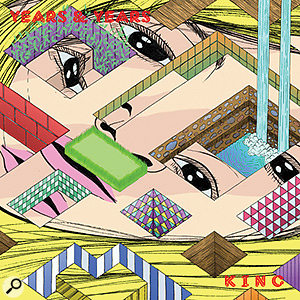 I found this track’s chorus texture rather bland, but I did appreciate some of the entertaining percussion touches elsewhere in the production. First prize (sponsored by the Spanish Tourist Board — the bottle of sherry’s in the post) goes to that fun little castanet fill between verse and prechorus at 0:31 and 1:35, but there’s also some intelligent programming (or at least loop selection) going on. For example, the triangle part we hear straight from the outset is much more engaging by virtue of the complicated pattern of damped and undamped hits, and the prechorus hi-hat part enlivens the usual off-beat genre cliché with open hat on the first off-beat and a skipping ghost note on the third. Mike Senior 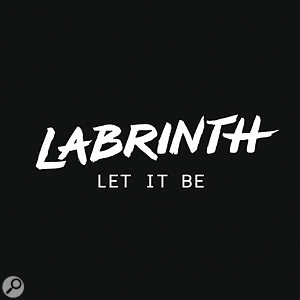 Labrinth destroys me — the first time this song came on the radio I swear I sat there open-mouthed! One hundred percent vocal commitment. Beautifully crafted harmonic momentum. A rock-solid groove that sounds as punchy as hell on small speakers but still topples the studio lava lamps when you turn it up on the big boys. More than anything, though, this guy just makes me green with envy at his talent for bizarrely poptastic arrangement. The ideas themselves are already a bit barmy — setting the chorus’s sped-up vocal sample and Theremin-style ‘ooh’ against the grimy sampled drums, low brass and piano stabs, funk rhythm skanks, sporadic electric-guitar powerchord scotch snaps, gospel choir... It sounds like a recipe for catastrophe, but damn him if he doesn’t make some kind of crazy logic out of it all. It’s maddening!

More impressive still, though, is the precise arrangement of those building blocks. Over the long term, that means effortlessly building the drama through the song’s duration, while still delivering enough impact to make you want to jump about at the onset of each chorus. The middle-section freak-out at 1:47 could easily have stolen the last chorus’s thunder, but he’s too much of a pro to fall for that old chestnut, neutralising the threat with an intimate title-lyric-saturated gospel drop section that allows the final chorus entry to retain its necessary wow factor. The short-term arrangement stunts are no less accomplished, demanding fresh attention at every turn: the startlingly upfront snare sample at 0:22 with the suddenly widescreen guitar ‘chu-chung’ that follows it; the stark arrangement vacuum that suddenly zooms you in on the first chipmunked hookline at 0:41, and the stutter edits that then keep you focused on it; the fragmentary scap of “let it...”, and the brass fills, snare hit and chain-gang BVs which all increase the ear-candy stakes for the second verse; and, last but certainly not least, the mad-as-a-brush vocoder and timpani outro I’d defy any self-respecting DJ to talk over!

In short, it’s a masterclass — but an almost dispiriting one because the man’s just on a different plane. Mike Senior 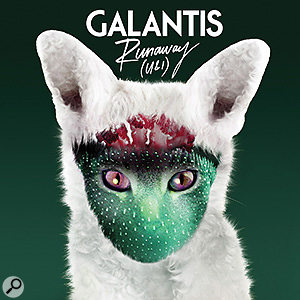 Even if you share my feeling that this song is rather too ‘house by numbers’, you ought nonetheless to spare a couple of moments to appreciate its verse vocal, although not for any sonic reason. Rather, I single it out because it’s apparently sung by Cathy Dennis, the A-list songwriter best known for her work on such pop smashes as Kylie Minogue’s ‘Can’t Get You Out Of My Head’, Britney Spears’s ‘Toxic’ and Katy Perry’s ‘I Kissed A Girl’. According to a couple of her erstwhile collaborators we’ve interviewed here in SOS (Damien Egan and Rob Thomas to be specific), she apparently sings on the demos for many of the songs she shops around to major artists/labels, so if you’re also hoping to make pitches in that league I’d suggest asking yourself how your own guide vocals stand up to those in ‘Runaway’, and then heading back into the vocal booth... Mike Senior 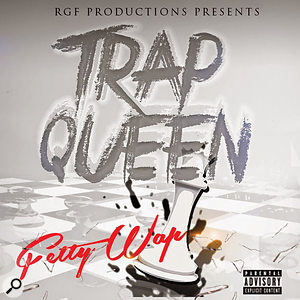 It’s a truism of modern chart music that the bass should always be in the middle, so that the track’s low end delivers maximum power on stereo speakers and also survives unscathed on listening systems with a single subwoofer. However, giving your bass part some stereo width can help it sound much more impressive and enveloping in bass-heavy styles like hip-hop, especially where there’s loads of room left in the mix for it to fill. As a result, many producers deliberately design bass parts with narrow low frequencies and wider high-frequencies, so that they can have their cake and eat it too. One essential question in such cases, though, is how far down the spectrum the stereo width extends, and in this particular production it’s remarkably low, with significant Sides-signal energy apparent in the stereo mixdown as far as 70Hz or so. For a lot of chart music, this would endanger the stability of some bass line fundamentals but here those are a whole lot lower, down in the 30-60Hz zone, so that’s not really an issue. And the upside is a magnificent warmth to the bass spread that you don’t hear too often in mainstream releases.

Now, I’d normally expect such tactics to have a cost in terms of poor translation to small, single-speaker playback systems which relay neither the 30-60Hz zone nor the stereo Sides signal to the listener, but I was pleasantly surprised in this respect — the bass definition is actually pretty commendable. How come? Well, first of all, the width of the bass ‘warmth’ region hasn’t been pushed too far: those frequencies are still slightly weaker in the Sides signal than in the Middle. But the second factor, I think, is that the 1-2kHz region also appears to be narrowed, and it’s this region that typically survives best of all through small speakers. Overall, this is a clever and yet mass-market-friendly sleight of hand.

So how might you achieve this kind of feat on your own mixes? Well, I’d probably start by doubling a mono bass patch with a wider synth pad to give you more independent control over the width characteristics, and then use an M-S equaliser on the pad channel to process its stereo Middle component, scooping out low mid-range and boosting a wide peak at 1.5kHz. Mike Senior 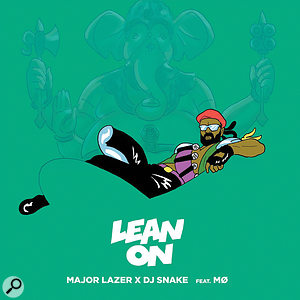 When you’re programming drums, it’s easy to start thinking exclusively in terms of ‘hits’, by which I mean rhythmic events defined exclusively by the volume and timing of their onsets. This track, however, offers a reminder of how important event durations can be to the rhythmic momentum. If you listen to the nicely laidback main groove (first heard at 0:49), the most obvious instance is the boxy-sounding snare roll, which forms an off-beat transition effect between every fourth kick hit and its subsequent downbeat, lending a great deal of forward momentum to the groove. However, there’s a variety of higher-pitched little roll-like percussion features elsewhere that aid the rhythmic ebb and flow.

What really turned my head in this production, though, was the fantastic synth solo at 2:12-2:32. I say ‘synth’, but it’s clearly a vocal sample (presumably the one that’s featured early singing ‘eh-oh’ in a more pedestrian manner at 0:49 and 1:48) being played like a synth, and with a splendid degree of musicality and creativity. What’s so great about it is that it’s frequently unclear whether the vocal sample itself or the synth’s modulation generators are responsible for specific inflections (eg. the little portamento and fast vibrato at 2:18-2:19). Similarly, is the apparent vowel change at 2:20 the sample or the filter? Whichever, it’s a cool effect that keeps me wondering — and therefore listening. (Incidentally, if you like this effect, check out Goldfrapp’s first album, Felt Mountain, which makes more atmospheric use of a very similar idea.) Mike Senior 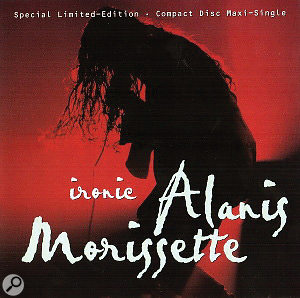 This song has been arguably the biggest single of Morissette’s career, and the album it comes from, Jagged Little Pill, remains one of my favourite ’90s records. Having played it to death at the time, though, I managed to lose the CD about 10 years ago (assuming my flatmate didn’t burn it!), and only got round to replacing it very recently. One of the things that surprises me most on returning to it with fresh ears is Morissette’s tuning, which is wayward enough that I’d expect almost any producer these days to correct it almost by reflex. However, the reason why it never bothered me at the time, and why a knee-jerk corrective impulse would have been particularly misguided in this instance, is that I really think that the tuning supports the performance. The unvarnished vagueness of the pitch centres in the ‘hai-ai-ai’ introduction and verses really cements the mood of whimsical cynicism there, for instance. Highlights in this respect include the wobbly pitch-rise of “Chardonnay” (0:26), the mocking exaggerations of “afraid to fly” (1:05), and the tetchy meandering of “cigarette break” (2:23). Furthermore, I think her general tendency to drift sharp in the choruses works well too, because it’s something many singers (and indeed instrumentalists) naturally do when they’re pushing the volume into straining territory, so I’d argue that it significantly reinforces the emotional intensity in this context.

Such beautifully judged manipulation of pitch is only one aspect of what is quite simply a phenomenal vocal performance. Just the variety of vocal deliveries used is tremendous, from the softest of head voices through to hard-edged belting, with moments of speech, whispers (“don’t you think” at 0:36), a fatalist half-laugh (2:37), sudden falsetto switches (1:08), and that trademark turbulent, whistling exhalation at the end of “thought” (1:48) thrown in for good measure. She even turns a breath into a hook, for heaven’s sake, when her big lungful at 2:43 mugs you into thinking the last chorus is coming two bars earlier than it actually does.

There’s some interesting panning during the first verse, with the lead vocal well to the right — solo the individual stereo channels and you’ll hear she’s at least 12dB down on the left side. However, given that the only other instrument in the mix is the acoustic guitar, which is panned in opposition, the only real casualty in terms of mass-market translation would be anyone hearing only one side of the mix. Even under those circumstances, though, mix engineer Chris Fogel’s sensible decision to avoid hard panning means that the left-side listener doesn’t lose the lyrics entirely. And the scheme isn’t without its pop-sensibility benefits either, because the sudden movement to the centre of the panorama for the first “It’s like rai-ee-ain...” flags up the switch to Alanis’s more powerful vocal delivery for stereo listeners, while single-speaker listeners get an additional level hike at the same point by virtue of the stereo-to-mono conversion. Mike Senior