Not content with the 'ooh missus!' title, Big Fish have based this new construction-kit library around the playing of a guitarist called Thomas Organ (thankfully, 'Tommy O' to his mates.) The collection is aimed squarely at R&B producers who like to 'go large' and, as such, everything is as clean, clear, warm and safe as you'd expect, although without quite lapsing into complacent easy listening. The WAV versions comprise about 3GB of data in more than 2400 samples, and there are Apple Loop and REX 2 formats provided as well. The 40 kits each include a demo mix and around a dozen stems, as well as separate folders with stems and one-shots for each individual drum sound. 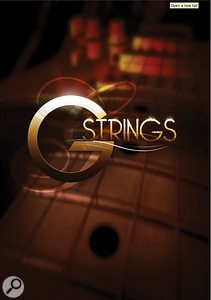 There's a good variety of kicks on offer, many with a good sustain to them, which is an important factor if you want them to remain audible after the kind of mastering mangling meted out to many chart-destined R&B releases. There's enough low-end authority in the kick drums to carry lighter-weight urban styles too, although I wouldn't expect that anyone with more hip-hop sensibilities would find enough punch down there for their purposes. The choice of snare/clap sound can make or break an R&B production, so I'm happy to report that these sounds are a highlight of this library for me: bright, crisp and forward-sounding, but with great front-edge density for slicing through 100 layers of Beyoncé or Jill Scott like a hot knife through butter.

Many of the basses seem to offer a fundamental frequency and precious little else, so you may have a little work to do at mixdown if you want the lines to reach owners of small listening systems or earbuds. Otherwise, though, the lines all seem to make sense within the arrangement, and the restricted bandwidth gives the overall mix textures a good sense of clarity. This isn't a library I'd buy for its keyboards; the pianos seem to range from pedestrian to questionable, while many of the keyboards are a bit on the cheesy side: the '80s references are taken too far for me, somehow, even given current revivalist chart fads.

Guitars mostly comprise that winning formula of clean, warm and laid-back rhythm riffing coupled with lugubrious wah-wah accents, and the printed effects processing is as well-aimed stylistically as the assured and understated performances. All isn't quite rosy, however, because the majority suffer from pretty serious mono compatibility problems: the tone changes a great deal between stereo and mono listening. Personally, I'd recommend using only the left channel of the stereo guitar files for this reason, and then widening the sound at mixdown by other means if necessary.

Although, on the whole, G-Strings wouldn't be my first call for all-round construction-kit satisfaction, the high-quality snare sounds and assured guitar performances both deserve an audition for anyone cruising R&B's middle lane. Mike Senior