The SOS team take you through their favourite new hardware and software of the last 12 months.

McDSP APB-16There have been attempts to integrate analogue processing into DAW-based mix setups before, but the McDSP APB-16 is on a whole new level! To the user, the 16 channels of dynamics processing in this green box behave exactly like conventional plug-ins, with full recall and automation. But to the ear, they demonstrate exactly why many people still insist there's no substitute for the sound of analogue compression. Sam Inglis 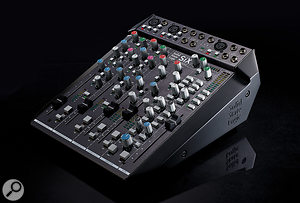 SSL SiXSSL consoles have commanded a legendary status in recording studio history for nearly 50 years, and while the company have made some small-scale consoles, none have really been affordable for the amateur home-studio musician — until the introduction of the SiX. This very compact yet remarkably versatile and capable mixer evokes classic SSL styling and employs the revered SuperAnalogue technology. It is impressively well built, but also attractively priced. What's not to like? Hugh Robjohns

Eventide H9000Another company with a longstanding history, Eventide's studio multi-effects processors have maintained their top billing in professional studios since the mid-'70s, employing cutting-edge technology to deliver innovative effects with superb quality and flexibility. The latest–generation unit — the H9000 — raises the bar further than ever with an ingenious upgradable processor core, configurable connectivity options, and a brilliantly usable operating paradigm with up to four separate FX-Chains, each comprising up to four separate effects algorithms, with up to 32 channels of audio in and out. Hugh Robjohns

Cranborne Audio 500R8I've been waiting years for something like the 500ADAT to come along, and not only did Cranborne Audio over-deliver with this high-quality, feature-rich 500-series chassis, analogue mixer and ADAT converter — they also delivered an even more fully featured version with USB audio interfacing and monitor control facilities, the 500R8. And adding to the wow factor is that the audio specs would be something to write home about even if these things cost double what they do! I can't wait to see what they come up with next. Matt Houghton 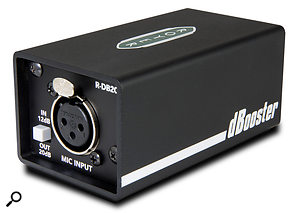 Royer dBoosterInline gain boosters have become increasingly popular accessories for use with low-output mics or preamps and interfaces with limited gain ranges. But none reach the sheer technical and engineering excellence of Royer's entry to the market, the dBooster. Although costly in comparison to its peers, the dBooster incorporates a lot of very sophisticated technology to ensure a stable internal power supply, and extremely clean amplification with a high headroom margin and very low noise and distortion. The dBooster easily lives up to the high quality and classy engineering we've come to associate with the Royer brand. Hugh Robjohns 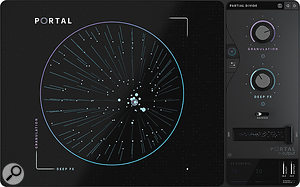 Output PortalThere are many criteria that can be taken into account when deciding on awards, but this year I've taken the selfish approach of picking products that I've found particularly useful in my own music-making endeavours. In the plug-in world, my pick would have to be Output's Portal, a granular effects plug-in that manages to be both versatile and very musical. Its ability to transform familiar sounds into something a touch more magical is exceptional. I haven't been able to resist using it since I first fired it up. Paul White 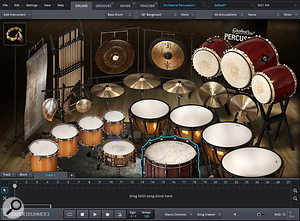 Toontrack Orchestral Percussion SDXI've tried a lot of sound libraries this year, many of them worthy contenders, but for me Toontrack's Orchestral Percussion SDX fills a need for comprehensive movie-style drum sounds including huge taikos, gongs, orchestral snares and timpani. The sound quality is beyond excellent and there are all the surround and multi-channel options you're ever likely to need. Currently this is only available for Superior Drummer 3, but I live in hope that a slimmed–down version will also be made available for EZ Drummer users. Paul White 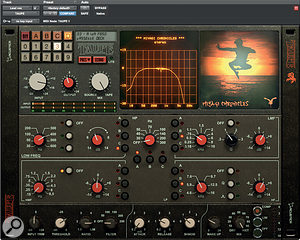 Acustica Audio TaupeAcustica Audio, the masters of the Diamond Volterra Kernel, have applied their enormous brains to the world of magnetic tape, and the resulting plug-in, Taupe, has been on my master bus in every single mix since. Sam Inglis 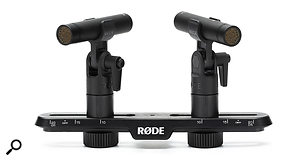 Rode TF-5Rode Microphones have come a very long way since their first Chinese-sourced mics in 1990. The latest addition to the company's impressively broad range of microphones, the TF-5, is one of the nicest–sounding small-diaphragm cardioid mics I've had the pleasure to use and genuinely raises Rode to the performance level of the long-established European manufacturers like Neumann and Schoeps. Hugh Robjohns 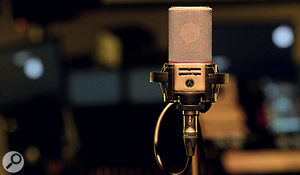 Austrian Audio OC818AKG's CK12 capsule was a key component of several all-time great studio mics, but it was costly to make and has never been properly recreated in a production microphone. The Austrian Audio team have overcome these manufacturing challenges to produce the updated CKR12 capsule, and in the OC818, they have brought to market a top-class mic at a very tempting price. Sam Inglis 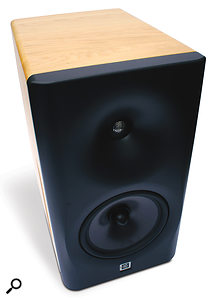 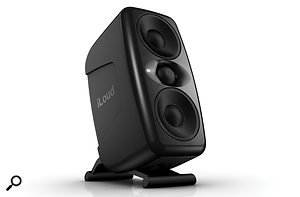 IK Multimedia iLoud MTMIt's been another fascinating year for monitors. Sometimes the fascination has been in seeing how monitor designers and manufacturers strive to extract still more performance from ingredients that, if we're honest, haven't fundamentally changed in decades, and sometimes the fascination is in products that genuinely offer something out of the ordinary. Two 2019 highlights for me not only fall into the latter category, they also fall into opposite ends of the nearfield monitor price range. They are, at the high end, the Dutch & Dutch 8C, and at the entry-level end, the IK Multimedia iLoud MTM. The Dutch & Dutch 8C combines seriously high-performance drivers and comprehensive onboard DSP EQ with passive directivity control that produces cardioid radiation down to 100Hz. This combination results in sound quality that left me way past listening for the needs of the review and well into listening just for enjoyment. The iLoud MTM couldn't really be more different — not that listening to it wasn't enjoyable, because it undoubtedly was. In contrast to the Dutch & Dutch 8C, though, its deployment of DSP technology — through onboard ARC room compensation — is aimed at advancing real-world monitoring performance at a genuine entry-level price. It's a great success. Phil Ward 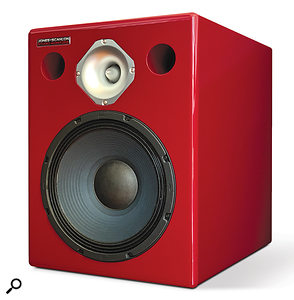 Wayne Jones Audio Jones-ScanlonNot only do the Wayne Jones Audio Jones–Scanlon monitors incorporate Danish company Pascal's latest Class–D amps, they also sound superb, with a quite stunning ability to reproduce detail. Oh, and they're big and red, with a retro silver tweeter. What's not to like? Bob Thomas 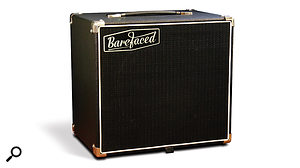 Barefaced Audio Reformer 112Sound On Sound may be all about hi-tech, but sometimes it's the simple things that please the most! Electric guitar cabinets have remained almost unchanged from when they were first invented. Open-backed cabinets were open-backed to ventilate the tube amps that the speaker shared the enclosure with. Closed–back cabs were closed back because they could be, once amps were bigger and hotter and needed to be housed in a separate box. Neither configuration is particularly optimised for the job. The cabinet I am presently using, however — the Reformer 112 from UK company Barefaced Audio — uses fundamental and quite simple acoustic-design principles to achieve both greater efficiency and a better dispersion pattern. I'll go into the details in an upcoming SOS review, but this one is going straight into my Gear Of The Year list because no other piece of kit has brought quite such a smile to my face in 2019! Dave Lockwood 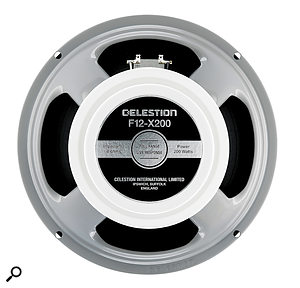 Celestion F12-X200Staying with the guitar cab theme, Celestion's F12-X200 is a 12-inch speaker with a built-in high-frequency driver and passive crossover, designed to be used with guitar-amp modelling systems. The coaxial HF compression driver gives the extended high-frequency response necessary to work properly with a speaker-emulated signal, while the cone driver offers the 'feel' of a real guitar speaker within a modelling-based rig. If you are struggling to feel comfortable using digital amp modelling on stage, this may well make all the difference. Dave Lockwood 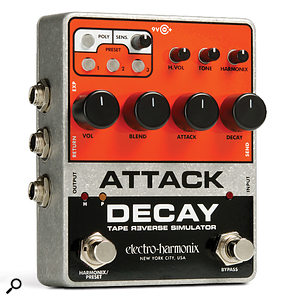 Electro-Harmonix Attack DecayMost people would probably choose an expensive rack box full of valves and coils for their pick of the year, but I'm going with the inexpensive Electro–Harmonix Attack Decay pedal. This recreates not only the slow-attack sounds of long-discontinued pedals that now change hands for small fortunes, but it can also work its magic on polyphonic sounds and arpeggios, with the option of also setting a faster decay time for reverse tape effects. There are also numerous extra features such as a built-in fuzz and a built-in compressor, and the ability to use it as a variable-waveform tremolo. Paul White 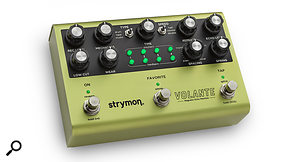 Strymon Audio VolanteI've used tape loops, a WEM Copicat, an Akai Headrush pedal, various TC Electronic digital delays and more over the years and, to put it simply, none have been as much fun or as musically fulfilling as the Strymon Volante. If you're as much into magnetic echoes as I am, then the Volante is an outstanding bargain which you'll want to own. Bob Thomas 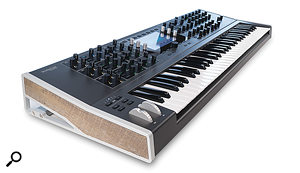 Moog OneThe past year has seen the continued and very welcome re-emergence of the large, flagship polysynth. Released in recent years, the DSI Prophet 6 and OB6 were superb (although bijou and compact), the Yamaha Montage was fabulous, and the Korg Prologue deserved far wider recognition, but things really took off with the arrival of the Sequential Prophet X last year and then, in 2019, the Waldorf Quantum and the Moog One. These offer rather different approaches to sound creation, but all with the same objective: to offer us the best polyphonic synthesis that money can buy. It takes me back to the early 1980s when, if you had the cash, you could choose between a Prophet 5, an Oberheim OB-Xa, a Memorymoog or a Jupiter 8... instruments that we rightly revere for their strong, identifiable characters and excellent sounds. Even without rose-tinted spectacles that was a golden age and so, in my view, is this. Gordon Reid 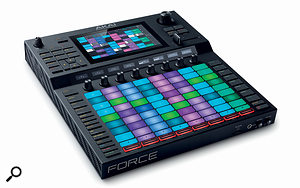 Akai Pro ForceAkai Pro's Force takes the building blocks of their MPCs and snaps them into a clips-and-scenes based composition and performance framework. It mirrors the Ableton way of working; in fact the Force doubles as a Live controller and uses Live's format (not MPC) as an export method. I enjoyed being able to plug in a guitar or bass and start recording, albeit one track at a time. It's the closest thing yet to my dream of a completely stand–alone recording and sequencing workstation. There are things missing, but new features in development — like a linear timeline — make this an exciting new platform to watch. Simon Sherbourne