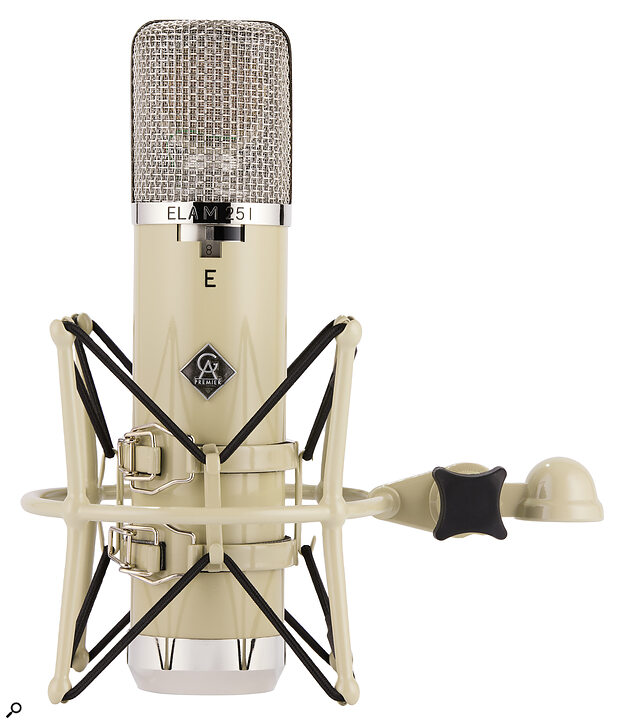 Golden Age deem their take on Telefunken’s classic mic so accurate, they even gave it the same name.

According to gear marketplace Reverb.com, the Telefunken ELA M250/251 is the most expensive vintage mic you can buy. Or can’t buy, more likely. With exceptional examples fetching $30,000 or more, it leaves even the Neumann U47 and AKG C12 behind in the ‘Who would possibly pay that much for a bloody microphone?’ stakes. So what makes it so special?

The original Telefunken company didn’t manufacture studio mics, but they did make valves, including the unique VF14 valve used in the U47. They also had exclusive rights to rebadge and sell Neumann mics into the North American market. In 1958, however, they stopped making the VF14, forcing Neumann to discontinue the U47. Neumann then set up alternative US distribution arrangements, leaving Telefunken without any mics to sell. To fill the gap, they turned to Neumann’s historic Austrian rivals.

AKG duly delivered a line of valve microphones which were badged Telefunken and sold mainly in North America. Yet, whereas the Telefunken U47 had been essentially the same as the Neumann U47, these AKG‑built mics were fresh designs; and although they used the same capsule and transformer as the existing C12, they differed from it in several significant ways.

The C12’s remote pattern switching was dispensed with, and the ELA mics pioneered a new and somewhat modular construction approach intended to make field repairs easier. Their wider bodies and dual‑layer headbaskets had different acoustic properties compared with the C12. The ELA M250 and M251 were also available with two circuit designs. The ‘E’ variants used the same 6072 valve as the C12, albeit with a different biasing scheme, while the versions not badged ‘E’ sported a Telefunken AC701 subminiature valve.

All of these design changes resulted in a mic that is said to combine the best aspects of the C12 and the U47. A good original ELA M251 reportedly has the open, extended top end of a C12, with the midrange authority and weight of the Neumann classic. Which certainly sounds like a good thing, as long as you have $30k to spend on a microphone.

If you don’t have that sort of money, however, there’s a dizzying variety of new valve mics out there with the digits 2, 5 and 1 on them. These range in price from three figures to alarmingly close to the real thing, and the authenticity of the recreation varies too, particularly when it comes to AKG’s revered CK12 capsule. Some manufacturers even make more than one 251‑inspired microphone. For example, the Telefunken branding and trade marks are now the property of Telefunken Elektroakustik, who make an expensive and highly accurate ELA M251E recreation in their Diamond series whilst also offering the more affordable TF51 as part of their Alchemy range.

Golden Age Premier already offer the GA‑251 MkII, which sits somewhere in the middle of the field price‑wise. It’s substantially more expensive than, say, Warm Audio’s WA‑251, but at the same time, it’s much cheaper than boutique designs that use European‑made capsules and other parts. It also differs from the original in some ways, for example by having the pattern switching on the PSU.