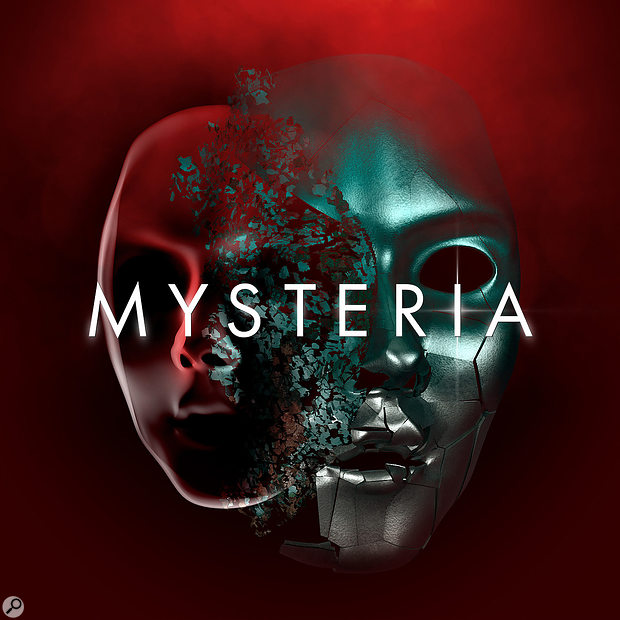 Regular SOS readers might recall that we reviewed Thrill — a collaboration between Native Instruments and Galaxy Instruments — back in the October 2017 issue. The same development team have now produced Mysteria and this shares some underlying elements with Thrill in that it is primarily aimed at providing dark and suspenseful sounds suitable for use in a cinematic context. Like Thrill, Mysteria also places a strong performance emphasis on the central X‑Y pad, which can be used in real time to blend and adjust the intensity of the two sound layers. The key difference is that, in contrast to Thrill's orchestral and hybrid sounds, Mysteria is built from specially recorded vocal samples.

These underlying vocal samples clock in at 30GB and are drawn from a large symphonic choir (male and female sections), a smaller chamber choir and vocal quartet. The scale of the underlying sounds can therefore span the epic to the intimate. The 350+ presets are divided into three main groups: Clusters, Atmospheres and Clusters + Atmospheres. Each preset draws upon two layers but a layer itself can actually be made up of multiple sample voices so things can get pretty dense if that's what's required. As with Thrill, the X‑Y pad aside, you also get a full complement of creative and conventional effects with which to customise your sound.

The vocal samples offer plenty of darkness and demonic overtones. There are massive vowel sounds, weird chants or melodic phrases and all sorts of abstract vocal sound effects. There are also more melancholic sounds with lighter elements so you can build tension before going in for the sonic kill. That said, this is perhaps not going to suit your next romcom soundtrack, unless, of course, it's a romcom involving devil worship and serial killers.

Like Thrill, the X‑Y pad is key from a performance perspective, allowing you to blend between the two layers (X-axis) and control the intensity of the sound (Y-axis). The latter triggers more intense vocal performances. Also, like Thrill, it should be noted MIDI notes are just triggers and do not control pitch. There is pitch variation within the samples themselves; this is a sound design tool rather than something for writing epic vocal harmonies and melodies.

Mysteria undoubtedly does sound epic, though. Whether used on its own, or combined with other sonic elements, it can deliver some truly terrifying sounds, so it's probably best to compose with the lights on. While it is absolutely first class in sonic terms, it must also be said that it is a very specific type of tool and also comes at a suitably lofty price. As such, it might be one for only the more serious of media composers. However, if you need dark, demonic and disturbing, Mysteria delivers scarily well.