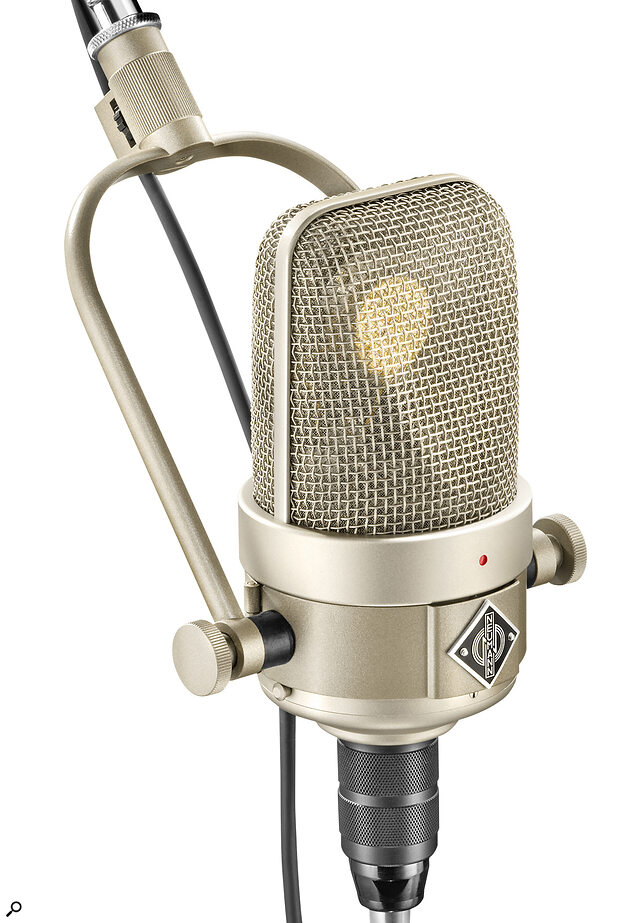 More than 50 years after it was discontinued, Neumann have reissued one of the greatest mics of all time.

There’s a school of thought that says microphone design peaked in the 1950s. Since then, the argument runs, microphones have got cheaper, less noisy, more convenient, perhaps more consistent and more reliable — but they don’t sound better.

This is a debate that is hard to settle one way or the other. We can’t go back in time to see how Sinatra or the Beatles would have sounded on modern microphones. And if capacitor mic design really hasn’t improved since then, perhaps that is actually because our reverence for classic Neumann and AKG designs is stifling innovation. These originals are now prized artefacts that command huge prices, but more than half a century on, we have no way of knowing whether they still sound the same as they did when they were new. Or do we?

Going Back In Time

In 2015, Neumann “recommenced production” of their U47 FET microphone. A later, solid‑state design that never quite had the cachet of the valve original, the FET 47 had nevertheless become quite sought‑after, and it was widely agreed that Neumann got it spot‑on with the new version. It turned out, moreover, that the reintroduced FET 47 was a toe in the water, trailing a much more ambitious reissue project. In 2018, Neumann launched a new version of one of their undisputed classic valve microphones, the U67.

Their reasons for choosing that model were fairly obvious. Not only does it share a capsule with the current U87 Ai, but unlike most vintage Neumann designs, it uses a valve that is still in production. Nevertheless, the U67 reissue required a huge amount of work, not least to recreate its unique and complex transformer, and to re‑engineer the power supply to meet modern electrical standards. Neumann’s attention to detail and willingness to go the extra mile in these matters seems to have won over most vintage mic aficionados. And now, flushed with success, they’ve followed up the U67 with their boldest reissue yet.

Designed in conjunction with one of post‑war Germany’s regional broadcasters and introduced in 1951, the Neumann M49 followed hot on the heels of the U47 — the world’s first switchable‑pattern capacitor mic, and another all‑time classic. The M49 introduced several further technical breakthroughs, the most notable being its continuously variable pattern control. Whereas the U47 had a choice of cardioid or omni modes, the newer mic could sweep the entire range from figure‑8 at one end to omni at the other, with cardioid in the centre position. Equally revolutionary was its form factor. Sitting atop a stubby body, its large, wedge‑shaped headbasket reduced unwanted acoustic phenomena around the capsule, and was also used for the M50 small‑diaphragm microphone.

The M49 remained in Neumann’s line‑up until 1971, and underwent several revisions during this time. Of these, probably the most significant was the replacement of the M7 capsule used in early examples, which had a PVC diaphragm known to deteriorate with age, by the newer K49, with its more durable Mylar diaphragm. The K49 has been in continuous production ever since, and is featured in several current Neumann models including the FET 47, so this aspect of the reissue project would appear fairly straightforward!

The same cannot be said...