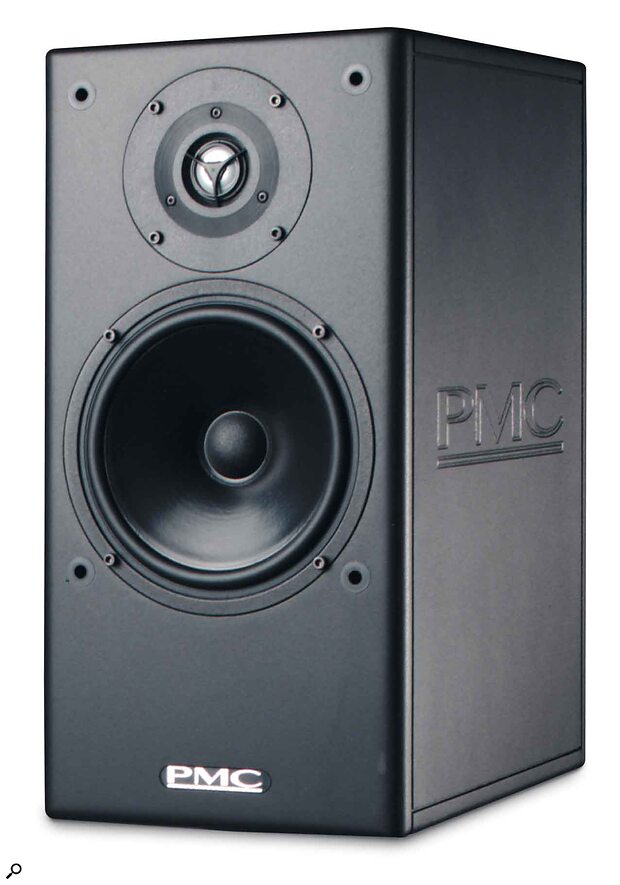 Regular readers will be aware that I am almost fanatical about the importance of low bass in high‑quality monitoring environments. After all, if you can't hear it, how can you possibly control it? Having said that, achieving a decent low‑end response in a small room is anything but a trivial task, and persuading a modest‑sized loudspeaker to output anything useful in the bottom couple of octaves is equally challenging.

British professional monitor manufacturers PMC have a unique approach, with their exclusive adoption of transmission‑line cabinet designs (as opposed to the far more common reflex technique). For a given cabinet size, the transmission line affords at least an octave more bass extension than a reflex design, together with far better control of the bass driver, more efficiency, and — most signifiantly — less low and mid‑range distortion. So why doesn't every manufacturer build transmission‑line speakers? Principally because they are complicated to design and more expensive to manufacture. As the owner of two PMC monitoring systems myself, I happen to think the expense is justified.

The subject of this review is the TB2 (the TB stands for 'Tiny Box', by the way!), a compact, nearfield, two‑way design. Although a very impressive little box on its own, its performance can be enhanced considerably with the addition of the XB1P subwoofer.

This little speaker employs a short transmission line with an effective length of 1.5 metres, to bestow a frequency response of 40Hz‑25kHz (‑6dB). That is impressive from a 15‑litre cabinet measuring just 200 x 400 x 300mm (whd) and weighing just 8.5kg. The cabinet is constructed from 18mm MDF with 10mm internal transmission‑line partitioning which also provides additional bracing to every panel. The line vents through a slot on the rear panel.

PMC are constantly developing their transmission‑line technology, and the latest advances have been embodied in the revised TB2. A far more visible change is in the introduction of well‑rounded vertical edges to the cabinet. These have reduced edge diffractions and improved stereo imaging quite substantially.

The 'S' version of the TB2 is the most cost‑effective, with satin‑black paint finish, but all the usual wood veneers are also available, as is optional magnetic shielding. For surround sound applications, a dedicated centre‑channel version has the drive units repositioned to facilitate horizontal mounting (magnetic shielding is fitted as standard).

The two Vifa drive units are the same as those used in the original TB1 (and current FB1, for that matter — see SOS February 2000). They comprise a 170mm (6.5‑inch) doped paper‑cone mid/bass unit and a ferrofluid‑cooled 25mm (1‑inch) aluminium‑dome tweeter with integral phase‑correcting plate which also protects the metal dome. The crossover design has been updated to reduce distortion levels even further, and operates at a high 3kHz. Two pairs of 4mm binding posts allow bi‑wiring or bi‑amping, and the speaker is specified with a high 90dB/W sensitivity and a peak output SPL of over 113dB.

Although the TB2 will reveal 80 or 90 percent of its capabilities with modestly powered amplifiers, this model prefers being driven by something 'meaty'. During this review I was using a 250W/channel Bryston 4B, with superb results, but optional Bryston 'Powerpacs' can be fitted to the rear panels of these little speakers, to produce a very competent self‑powered monitor. Indeed, my own TB1s are fitted with the PP120 Powerpacs (120W apiece), the combination making an excellent monitor for location recording. As the transmission line vents to the rear, these speakers must be sited well away from rear walls, and they image best if kept clear of side walls too, but they are not over‑fussy about their positioning in other respects.

The TB2S represents impressive value for money. The all‑important voice region is beautifully neutral and uncoloured, with masses of information and detail, and there is no hint of the usual low‑mid/upper‑bass boost common in reflex designs. The overall sound is very well balanced, perhaps favouring a slightly 'laid back' character. In fact, the sound character and dispersion of the TB2 is remarkably similar to the other PMC monitors, including my own monster reference three‑way IB1s — and they have the same fatigue‑free nature, allowing hours of high‑level listening.

A closely related floor‑standing version of the TB2 (the FB1, mentioned earlier) offers greater bass extension, thanks to the much larger cabinet volume. However, the TB2 can be teamed with the dedicated XB1 subwoofer to extend the system's bass response to 25Hz and increase its dynamic capability appreciably. 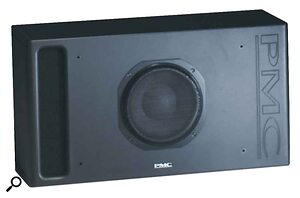 Adding the XB1P subwoofer takes the system's bass response down to 25Hz.It has to be said: the XB1P is a pretty ugly box. Fortunately, this is of little importance, as it will usually be tucked under the console or hidden in some out‑of‑the‑way place. The transmission‑line cabinet measures a substantial 430 x 790 x 270mm and weighs 28kgs, with the single, dual‑coil, 10‑inch driver in the middle of the front panel. With two coils, the left and right channels both influence the movement of the bass driver, while remaining electrically separate.

Connecting the XB1 into the system is a case of wiring a stereo amplifier to the two sets of 4mm 'Input' binding posts. The TB2s are then linked from the corresponding 'Output' posts. If you wanted to bi‑wire or bi‑amp the TB2s, the treble side would be routed directly. The (optional) internal passive stereo crossovers provide the bridge to the TB2s, removing everything below 100Hz from the onward feeds to the TB2s, and rolling off the XB1's response above 200Hz.

Once again, I drove the complete system with the Bryston 4B during my listening tests. Of course, the sensitivity, impedance and power handling of the XB1 are all designed to complement the TB2, although the subwoofer can be used equally well with the company's LB1 speakers. Apparently, TB2/XB1 systems are in use in a number of BBC Radio on‑air and drama studios (including ones at Radio 1), and various local radio stations use the LB1/XB1 combination.

While the performance of the TB2s on their own is impressive, adding the XB1P takes it to another level. Removing much of the low bass from the TB2s causes their power handling and headroom to improve considerably, resulting in a noticeably greater dynamic range and, rather strangely, even better imaging! I can't explain the latter, and wasn't even sure I hadn't imagined the improvement until PMC mentioned that this was one of the unusual side‑effects of using the XB1.

Most active subs are equipped with user‑adjustable facilities for level, phase and crossover frequency, but this passive system has none of those frills, and in many ways is the better for it. Optimising performance is simply a case of moving the XB1 around to find a position in the room where it provides the most uniform result. The response and character‑matching between XB1 and TB2 seems very good. In fact, there's a very logical upgrade path from a stereo pair of TB2s. Adding the XB1P extends the system's response and dynamic capabilities. Bringing in a pair of FB1s for the front, with a TB2C centre channel, and relegating the TB2s to the rear, then creates a highly competent and cost‑effective 5.1 surround system.

The sound quality of the TB2/XB1P is far higher than one might anticipate from its UK cost or size. This really is a serious, professional monitoring system which delivers the goods even with relatively modest amplification, but is simply sensational when used with high‑quality components.

A compact nearfield system that benefits from significant incremental improvements over the original TB1, and with a performance which belies its size and cost. In conjunction with the XB1 subwoofer, this is a very serious system, with true reference‑monitor qualities.