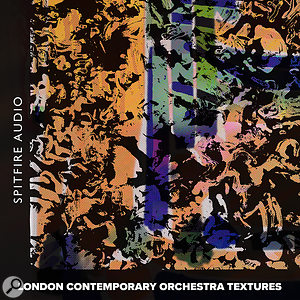 In the process of winning the hearts of composers everywhere, Spitfire Audio have recently struck a vibrant balance between industry-defining classical ensembles and more off–beat virtual instrument efforts.

Their first collaboration with the London Contemporary Orchestra lead to the collection of extended (but still entirely recognisable) techniques in the LCO Strings library. Now the new London Contemporary Orchestra Textures collaboration ventures into entirely unique sonic territory. Spitfire have taken a series of common instruments (such as strings, percussion and classical singers) and combined them in ethereal fashion with less commonly encountered sound sources (such as felt or bowed pianos, crystal glasses, bowed harp and vibes), and placed them in a decommissioned air hangar with a 10–second reverb tail. The producers then arranged the sounds into various complementary textures of up to five instruments at a time, reinforcing various timbral characteristics within this highly reverberant and sonically evocative setting. The result is an instrument which gives the impression that it could be used to score an entire Malick or Kieslowski film in just a few MIDI keystrokes. LCO Textures gives the composer access to a hyper-active resonant chamber of blissful sustains, heavenly undulations, and swirling harmonics. The resulting sounds are often haunting, beautiful and frequently shocking in their uniqueness, capable of coaxing inspiration on the driest of creative days.

Spitfire have organised the results of their madly beautiful experiments into four poetically named families: Ethereal, Mercurial, Quantum and Astral, each containing a different ensemble. So when one opens the ninth preset in the Ethereal Folder, called 'Aurora Borealis', and presses middle C, a male ensemble emerges on a neutral shifting syllable, quickly is buoyed by rubbed crystal glasses and then a female vocal hum (is there a cello harmonic in there?), culminating in an endless sustain with no clear loop point. All one must do is play a diad, and a rich tapestry of winding colours emerges. While users cannot pick the individual sustaining instruments themselves, they can combine the curated multi-instrument textures into their own orchestrations.

For more customisable results using the 32 available textures — and a guaranteed rabbit hole experience — composers can access Spitfire's Evo Grid, an interface short on aesthetic appeal and long on practical usefulness. Evo is short for evolutions, another way of saying evolving pad or sustain. The Evo Grid allows you to combine up to 16 different evolution presets, set volume and panning for each, and also send each grid row to the on-board effects. Dynamics may also be controlled via the mod wheel. The resulting evolving sounds over time create everything from great pads to warm backdrops to unsettling and even searing scenarios.

While the instrument may seem a bit pricey at £249$299, those in need of such rich textures or a dedicated pad creation tool may indeed find it money well spent. Running in the free Kontakt Player, this is another beautiful Spitfire instrument which lives up to the luxurious sounds portrayed in its sample tracks and teaser videos. Highly recommended.