Q. Why are my mixer's aux outs polarity inverted? 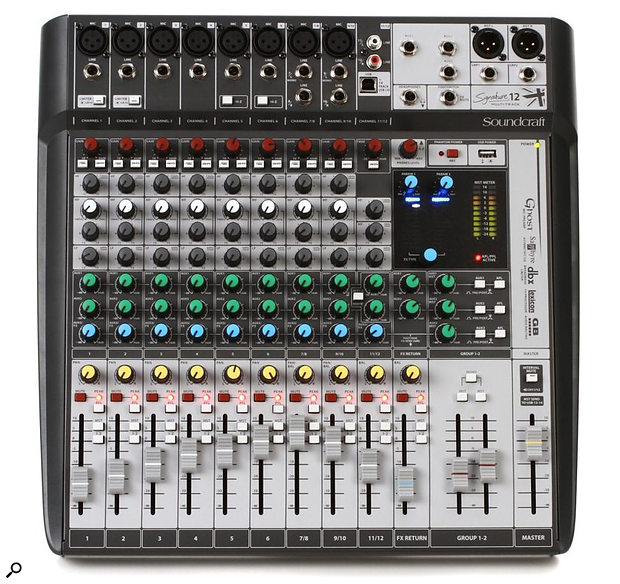 Many budget mixers like this Soundcraft model are designed with polarity-inverted aux sends — but why?

I have been struggling for a while to understand whether my Soundcraft Signature MTK 12 was a defective unit, because it has the aux outputs polarity inverted with respect to the main output section. While researching, I came across quite an old reply of yours (2006) where you state, "In many budget consoles the aux outputs are phase inverted relative to the main inputs." Is it possible that my Soundcraft desk falls into this category? If so, would you mind telling me the purpose of such a design choice? I have no problem reversing the phase of regular aux sends, but I am bothered by the same phase-reversal in the send to the internal effects, which becomes relevant when mixing the multitrack recording.

SOS Technical Editor Hugh Robjohns replies: Yes, the aux outputs are commonly inverted on many budget mixers as a deliberate design 'feature', the most likely reason being to save on manufacturing costs. As the aux outputs are impedance-balanced types (with all the signal on the 'hot' line and the ground-reference on the 'cold'), correcting the polarity at each Aux output would require an additional inverting op-amp, along with all its supporting circuitry, in the signal path. That would take extra space on the PCB, and while it would only cost pennies to add the extra components, these decisions all add up and cut into the profit margin that makes such devices commercially viable in the first place.

The designers will, I assume, have felt that it was a relatively harmless trade-off, because having an inverted polarity at the aux output makes little, if any, difference to most applications and most people using a budget mixer of this type. It can cause issues in some specific situations, of course, and it's sometimes easier to address the issue by reversing the polarity of the effects returns, rather than the aux sends.