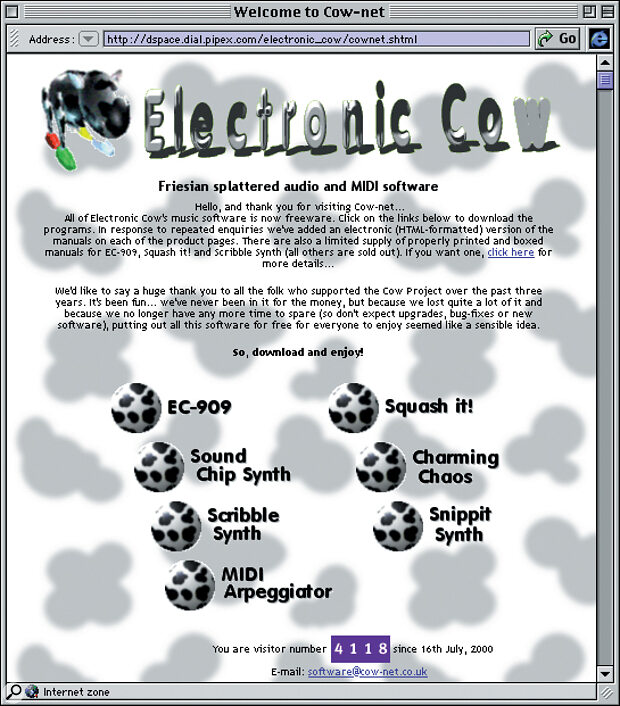 If you're looking for a cost‑effective way into MIDI music making, the Atari is still a good option, as Derek Johnson explains.

I was recently forwarded a letter from SOS reader Simon Pearce, in which he expresses a desire to make music on his old Atari STe, but explains that he doesn't "know what specification it should be, or what software to use." He then asks for help in locating web sites or publications that might help.

Well, Simon, I think you've come to the right place!

First of all, I must admit to being surprised at this query. On reflection, however, it's understandable that a newcomer to Atari music‑making might wonder where to start — you can't exactly walk into a computer chainstore and browse through shelves of current ST software these days! As for technical support or impartial advice, the options are somewhat limited. However, after a few years of shrinkage, the Atari scene has stabilised recently to a handful of enthusiastic dealers and support centres (see contact info at the end of this article). Spares, repairs, updates, and software are all easily obtained.

Regarding the STe's spec, straight out of the box it can help you make MIDI music, as has been remarked many times, thanks to in‑built MIDI interfacing. All you need is a MIDI synth or two and some software. There is a memory issue, in that most software prefers 1Mb (some STes and earlier STFs and STFMs may be equipped with half a megabyte), and will be happier with more. This is not a problem with the STe, since it has memory slots built in. Just buy the RAM you need, undo the package, and slot it in place. Disassembling an Atari case can be a bit of an experience for a first‑timer, so ask your supplier for advice.

Note that with some configurations of STe RAM you'll have to discard the original RAM when upgrading — nobody wants quarter‑megabyte SIMMs, these days! The original RAM on other flavours of ST is also lost during RAM upgrades; it's hardwired to the main board, and is bypassed when the new memory board is installed.

Simon's question indicates that he has Internet access, so music software will be easy to find. As regular readers will know, much previously commercial professional Atari software has been trickling out as freeware for the last year or so, allowing free access to software that in the Atari's heyday could have cost a lot of money. The first stops should be Tim's Atari MIDI World (sites.netscape.net/timconrardy/index.htm) and the Atari‑MIDI Mailing List (groups.yahoo.com/group/atari‑midi).

Hollis Research's Trackman II has long been a favourite sequencer of mine, and this is free at www.hollis.co.uk/john/trackman.html. Once you start looking, you'll also discover the world of shareware algorithmic composition tools, analogue step sequencer simulators and mouse‑based MIDI‑controller utilities.

Two pieces of high‑quality sequencing software that are not freely downloadable from the Net, and are unlikely to become so, are C‑Lab's Creator/Notator family and Steinberg's Cubase. Presently, only Cubase is available off the shelf; contacting the outlets at the end of this column should put you in the right direction. There is an audio version of Cubase, but this is for the later Atari Falcon, which had the audio hardware and expandability to manage 8‑track digital recording.

Icing On The Cake

There are many other ways of enhancing your life as an Atari MIDI musician. For example, upgrading the TOS (the Atari's operating system), installing a replacement desktop, or replacing the OS entirely can greatly speed up software performance and screen redraws, and improve file handling. Adding a second floppy drive will help with file copying and backup — or, better still, get a hard drive. The latter should be seen as a necessity if you're running an alternative OS. Hard drives using the Atari's obscure connection protocol are few and far between, but converting to something more modern, such as SCSI, is fairly painless, and allows fixed and removable hard drives, and even CD‑ROM drives and CD writers, to be used. More software will, of course, be required to format, maintain and defragment hard drives (and burn CDs).

If you have several multitimbral MIDI instruments, you might consider a multi‑port MIDI interface, since most serious MIDI sequencing packages support an additional three MIDI Outs. Most major software houses developed such devices to go with their sequencers and you might find these second‑hand, though probably not separately from a complete Atari music bundle. This column reviewed a particularly cheap new option in September last year: New Zealander Mario Becroft's MIDI‑3, which is compatible with most multi‑port‑ready software. It's available in the UK from Abingdon Synthesis Projects, priced £38. Most software will also address single‑port expanders — bringing your total to two MIDI Outs. These are readily available from Atari specialists.

Now to publications. I'm prepared to be corrected, but Atari coverage in print is rather scarce these days. I haven't even seen any fanzines recently (if you produce one, send an example to me, care of SOS). This leaves the Internet: last month, I announced that MyAtari, a recently‑launched free monthly Atari mag, was now on‑line (www.myatari.net), covering all Atari matters. Using the web sites listed here, and search engines such as www.google.com, you should find more Atari information than you'll know what to do with. Have fun!

* Electronic Cow have turned their excellent, previously commercial, music software into freeware. Their virtual instruments, sound editors and composition tools can all be downloaded, and manuals are also on line as HTML docs. However, some original, boxed, packages with printed manuals are still available, at £5 each.