This is an impressive CD from Dutch rockers Backwater. Vocalist Menno Fink has done an excellent job with the recording. Having listened to the CD and read the notes, it seems that he's quite obsessive about detail, but his vocal performances clearly demonstrate that he also doesn't lose sight of the big picture. Such attention to detail often produces excellent results, but can also make you disappear up your own musical backside! 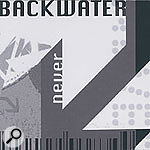 He felt that the live drums he recorded lacked punch, even after exhaustive efforts trying to get the sound right at source (particularly the snare). So he replaced the kick and toms with samples using the audio-to-MIDI function in Logic. This tool is designed for creating a MIDI sequence track and notation from a melody line recorded onto an audio track. It will also work for monophonic drum tracks provided you present it with a clean signal. There is a threshold control, but for individual drum tracks with excessive spill you may have to run them through a gate or, in a worst-case scenario, edit out the spill manually.

This is a fairly extreme approach, and you might reasonably suggest that he should have hired a set of MIDI drum triggers in the first place! After all, the reason Menno wanted greater control of the individual drum sounds was to apply large amounts of compression for punch and dynamic control. It seems to me that if you're going to aim for such an artificial sound in the first place, you may as well cut the effort down by reaching for the sampler straight away. In all fairness, he's sampled the drummer's toms for triggering and stuck with the original snare although he's not that happy with it. In fact it's not bad at all, but could do with being a bit louder in the mix with a touch of upper mid-frequency boost.

On the plus side, all this initial work has enabled the overall mixes to be mastered as loud as possible, and given the recording the tightness and punch which you'd associate with an American-style mix. The guitars are as aggressive as you can make them in the upper mid-frequencies without inducing listener fatigue, and I thought the vocal sound was superb. Presumably he's used the combination of the AKG C414 with one of the fine UAD1 plug-ins for this.

The songwriting is strong and the melody lines are interesting enough to use the full range of his voice. The third song demonstrates that the group can handle more mainstream material as well as live crowd pleasers, with some fine harmony vocal arrangements. It also shows a mature and more modern approach in the production by playing with the guitar motif, sometimes by use of repetition or by changing the effects used on the phrase, rather than kicking in with yet another guitar solo. Another example of this is the repeat sampled guitar used as an attention-grabber at the start of the album. This is the kind of attention to detail that I think gives more useful results, as opposed to the time-consuming and ultimately unsatisfactory work he's done on the drum tracks.

Track one immediately grabs the listener's attention with a short, frenzied burst of radio static and a variety of beats and sounds cut together with some intelligent, tight editing. It's not a new production trick but it's still a good one, kicking your brain into gear and making it receptive for what follows. The fact that what does follow is not electronic dance music but a mix of pop and rock roughly influenced by similar acts from the '80s to the present day is not a disappointment because the songs are so well written, arranged and performed by Bryce Jonn himself. 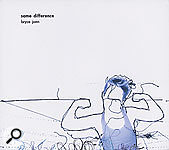 For the voice he's used a combination of a borrowed Neumann TLM103 mic and the Focusrite Voicemaster Pro. His voice suits the material very well with just the right amount of emotion and, where required, grit. He's also confident in his vocal abilities because the voice is pushed well forward in the mix without being overly dominant. Even so, this exposes the heavy compression applied to the vocal, which gives it a slightly artificial sound. On the opening mix this can be heard in the transients on consonants and it makes me wonder whether he's pushing the hard ratio setting on the Focusrite's compressor too far. On the second mix it's audible as sibilance, especially on the words beginning with the letter 'f'. The compression also brings up the noises between lines like lip smacks and oddly cut breaths. While I always take out the lip smacks (after berating the poor singer for closing their mouths completely between lines) I often wonder how much of the breath between lines to leave in, and usually end up taking out the loudest ones — somehow, if you edit them all out then the vocal track begins to sound sterile!

The general sound of the CD is bright but not brash or unpleasant, with a very wide stereo spread — all things that indicate the application of post-production processing. Consequently the mixes have a very radio-friendly sound, but also a very processed one. It's a subjective production decision, but, looking at Bryce Jonn's web site, he describes the album as having 'organic melodic lines' and 'earthy' vocals which suggests to me that maybe he should have laid off the processing a bit.

Even so, I thought the standard of the playing and the sounds were very good throughout. I particularly liked the choice of room reverb for the drums on the third mix. I'd bet money that this was provided by Space Designer in Logic 6. A very natural, wide stereo reverb gives these drums a touch of class. The balance of the different instruments in the mix is also really well done and shows an excellent ear for the dynamics of the arrangement. Another big plus for me was the tasteful use of keyboards, with echoed piano, organ and the occasional textured synth.

The entire demo is available to download in MP3 format on the web site below, but as yet there's no gig list. Come on you Leeds promoters — this is surely a band worth booking! 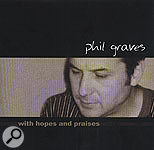 Despite its rather serious-looking cover, Phil's demo turns out to consist of sunny pop music with an appealing '80s flavour that you can hear in the chord progressions and the choice of sounds and rhythms. It's a style that suits singer Maria's deliciously relaxed vocals and her big, fruity voice is surprisingly well captured, considering that a small-diaphragm AKG C1000 mic was used. The harmony vocals are skillfully arranged but the sequenced backing tracks leave a bit to be desired. They're not helped by the rather plodding rhythms that tend to emphasise the quantisation rather than draw attention away from it. Still, it's Phil's objective to get this played by a band some time in the future and I agree with him that the recording would be improved with this approach. The overall production sound is a bit crunchy rather than harsh, and it sounds like the Triton LE's drums have been over-processed. This, in addition to some possible enhancement using the Roland VS2400's mastering effects has created a slightly fizzy-sounding production.

The first song on this CD starts brilliantly with what sounds like a backwards filtered flute sample, before an acoustic guitar and rhythmic loop begin at a fast waltz tempo. There are some memorable lyrics, and the vocal delivery has an emotional intensity reminiscent of Marc Almond — I can see this slightly theatrical performance appealing to a wide audience. Despite the excellent ideas, it's not brilliantly recorded, with a rather muddy backing track and an over-treated drum loop. The latter has been run through what sounds like a resonant filter, which only serves to emphasise the poor quality of the sample. Some more separation in the string and guitar tracks, achieved using a small amount of EQ, would help the overall mix too. I think this demo has great potential, combining a creative and original approach to songwriting with the basic appeal of an emotive vocal. In the hands of the right producer, it could go far.

This Franco-English hip-hop collective seems to have everything in place. Having set up their own label, Apolo Records, they record and produce their own and other artists' material. It's good too, although some small technical improvements could be made in the mixes. The rapping could be lifted a touch in level and, more importantly, given a slightly harder edge by using just a touch of EQ boost at 1kHz. This would add a bit more aggression to the sound of the vocals and bring the demo into line with more commercial recordings by the likes of Mark Ronson or even some of the French artists like Hanna'M and Redgees. All the mixes could also be tightened up with some compression, particularly in the bass area of the mix, but it needs to be used with restraint. It's already very close to the 'fat' sound which is the holy grail of hip-hop producers, so just running the mixes through some high-quality analogue EQ channels and a touch of valve compression will get the required result.

This is an enjoyable slice of 'quirky' instrumental funk, played with some style by session saxophone player Toby Kennedy. Yet I would take him to task on the dominance of the sax in some of the mixes, when the drums should really be much louder. After all, this is supposed to be a fusion of classic funk and '21st-century production'. For reference, listen to the seminal 1992 Miles Davies album Doo Bop — the hip-hop drums dominate the mix and help drive the tracks along, as well as giving them a more modern sound. It's not until the fourth track, 'Ex-peri-mental', that Toby achieves a similar punchy balance of instrumentation. However, there's plenty to enjoy about the production here. For example, I liked the highly resonant drum & bass-style synth which doubled up on the bass line here and there, and the use of a dynamic filter effect on the saxophone itself as a kind of more interesting wah-wah. Overall, this is a pleasing demo with some fine playing in a genre of music that I've always been rather fond of.