Dolby Atmos At The Ministry Of Sound 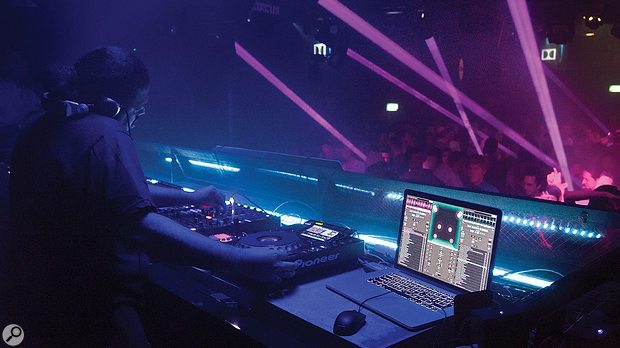 Dolby Laboratories have been leading the development of surround-sound systems for four decades, but over the last year or so they have been piloting an intriguing surround system in a famous UK night-club...

The latest enhancement to cinema surround sound, a format called Dolby Atmos, was introduced four years ago and has already been adopted in well over 2500 screens around the world. It builds upon a technology referred to generically as ‘Digital Cinema’, which incorporates the distribution of theatrical film releases as encrypted digital files, rather than on traditional celluloid film.

Dolby’s initial foray in 2010 with this concept involved compiling all the picture and sound data into a Digital Cinema Package or ‘DCP’, which, at that time, accommodated up to 16 discrete audio channels, as opposed to the 5.1 channels available in the Dolby Digital format (or 6.1 in Dolby Digital EX) — formats which had dominated the cinema industry since the early 1990s (see box). The DCP’s greatly expanded audio resources were first put to use delivering surround in a 7.1 format, which provided three screen channels (left, centre, right or LCR) plus separate left/right side and rear arrays, as well as a Low Frequency Effects (LFE) channel.

However, as a form of virtual ‘data bucket’ this Digital Cinema concept created an opportunity to completely reinvent the whole paradigm of cinema sound in terms of the physical speaker configurations and capabilities, but without breaking the all-important backwards-compatibility with the arrangements extant in theatres all around the world. That reinvention culminated in 2012 with a brand-new format called Dolby Atmos.

The most visually obvious enhancement which Dolby Atmos brings to any theatre is an array of loudspeakers installed in the ceiling, allowing sounds to be generated above the audience. This simple adaptation boosts the perceived sense of realism to a remarkable degree, but it is further enhanced by the system’s ability to precisely position separate sounds almost anywhere in the room, directing them to subsets, or even specific, individual speakers. This obviously permits far better spatial positioning and movement of sounds around the room, giving the film producers a lot more creative scope and — arguably even more importantly — giving a much more consistent experience for the audience, wherever they choose to sit in the theatre. This is truly ‘immersive audio’.

For the soundtrack creators, the Dolby Atmos system supports a total of 128 audio tracks, and these are typically allocated as a ‘bed’ of up to 9.1 channels plus 118 sound ‘objects’ — the buzz-phrase is ‘object-oriented audio’. The ‘bed’ normally includes all the traditional on-screen dialogue, the music and most of the atmospheric sound effects arranged in the usual way, with the appropriate sounds allocated to the traditional screen, side, and rear speaker channels (and arrays) as you would expect. With 10 tracks allocated to a 9.1 bed, a further 118 discrete ‘channels’ remain available for sound ‘objects’, and these individual sounds can be placed in, and moved around, any individual speaker or group of speakers as required. The positional coordinates and velocities of each sound object are stored as metadata along with the individual sound files. 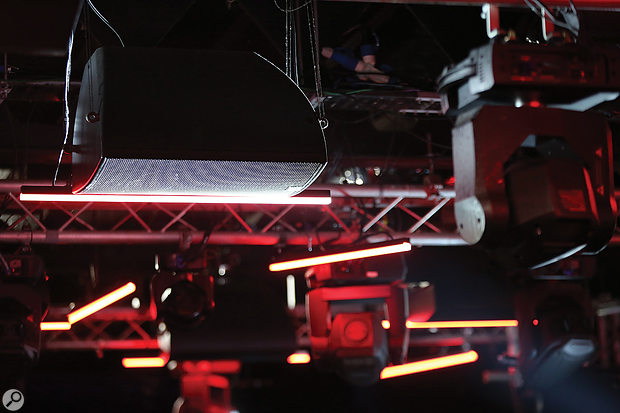 This technology would be unrealistic if not actually impossible without the ubiquity of the DAW (and mixing consoles that integrate closely with DAWs), of course — it would be totally impractical to manage the spatial positions of so many individual sound elements with a traditional mixing console, for example!

So, a film soundtrack can be created in a dubbing theatre with huge multi-channel beds and dozens of individual sound objects, but how does that translate to the average cinema? Well, one of the big differences between Dolby Atmos and the previous Dolby Digital systems is the former’s complete disconnect between the source sound ‘channels’ and the destination location’s physical ‘speakers’.

In Dolby Digital, for example, the front LCR channels are always reproduced on the left, centre, and right speaker stacks behind the screen, and if the theatre happened to have inner-left and inner-right speakers as well (for a 7.1 format), they wouldn’t be used given a 5.1 source. In other words, in the legacy surround systems there is a permanent link between the format’s individual channels and the specific speakers or speaker arrays dedicated to those channels in the theatre.

Dolby Atmos breaks that direct link, and instead employs a sophisticated and customisable routing matrix called an RMU (see below) installed in each theatre; this intelligently allocates the 128 Atmos channels to the most appropriate speakers, in the most appropriate positions, available in that specific theatre. This router can manage up to 64 separate speaker channels, which can be individual speakers or complete arrays of speakers.

Essentially, then, the cinema’s Dolby Atmos processor takes the bed channels and routes them to whatever speakers are physically available and appropriate to carry those specific audio signals. Similarly, it uses the object metadata to understand where each ‘sound object’ is intended to move to or come from, and dynamically routes it to the most appropriate speaker(s) within the specific installation. In this way the film-makers’ intentions are recreated as accurately and consistently as possible, regardless of the physical number and location of actual speakers in any particular theatre (and the concept can be extended into domestic home-theatre installations, too, of course).

So, Dolby Atmos represents a significant step forward in creative sound design for the film industry, but what does it have to do with nightclubs and producer/DJs?

Well, for Dolby’s accountants the bottom line is that Dolby are exploring other options and avenues in which to exploit the sophisticated technology developed for Atmos. There is already a growing range of domestic home-theatre equipment from the likes of Philips, Samsung and Yamaha which is able to replay Dolby Atmos material at home. Apparently, there are already a few Blu-Ray music discs on the market encoded with Dolby Atmos soundtracks too, so could there be a burgeoning opportunity to introduce a new form of surround-sound music? The answer is probably yes, but it will require significant consumer demand, and a good way to encourage that is to employ Dolby Atmos in the live music scene, creating live experiences that people will want to recreate at home. 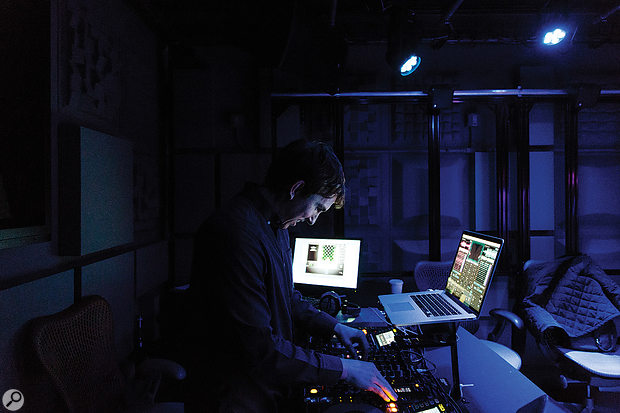 Conventional live bands might find it tricky (although certainly not impossible) to make use of Atmos, but the club music scene actually lends itself to this format and spatial manipulation rather well — and that’s the argument a group of Dolby’s engineers (who are also musicians and DJs) took to the company bosses. As a result, Dolby agreed to fund some product development and trials to explore the idea further, and Gabriel Cory, now a Product Manager in the company’s New Products Group (and I have to say a talented producer/DJ in his own right), became the format’s champion! I’m very grateful to Gabriel for extending a business trip to the UK to explain and demonstrate to me the technology, the various producer tools, and the enormous creative potential of this exciting Atmos application.

I should also point out that this is still very much a ‘pilot system’ at the time of writing, and Dolby are still assessing the reactions of both the venue owners and the club-goers, as well as the likely support for developing this application of Atmos further. In particular, although some of the various software production tools needed for DJs to mix Atmos content are already employed in the film industry, the Dolby-DJ playback software (which also allows real-time spatial manipulation) is still in a developmental beta stage. Moreover, while the initial trials have used the standard cinema RMU hardware, there is scope to produce a more cost-effective club-specific variant if the demand warrants it.

Dolby’s initial proof-of-concept trial was held in 2014 in a private nightclub in San Francisco where the company headquarters are located, and subsequently there was an invitation-only Atmos party held at Sónar Barcelona — the Music, Creativity & Technology show — in 2015. However, the first extended public pilot has been held as a residency at the Ministry of Sound nightclub in London throughout 2016. Ten dedicated Atmos events have been held so far, involving a lot of well-known international DJs including Flux Pavilion, Mat Zo, London Elektricity, Kerri Chandler, Francois K, Sub Focus and Yousef... to name but a few. All the feedback so far has been extremely positive, and so Dolby plan to extend the Atmos experience into three or four clubs across America over the next year, and possibly set up a few in Europe, too.