Getting Started In Music For Video Games

Game On! By Brendan Hamley 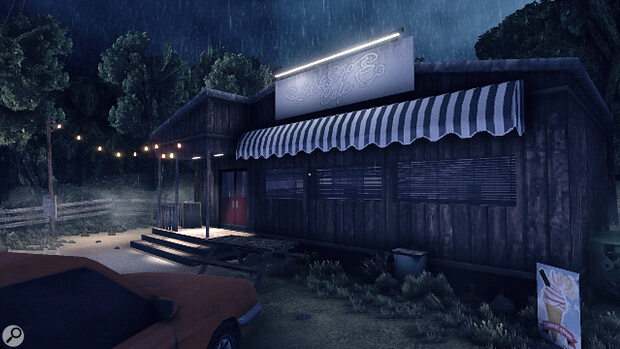 Setting the scene: seeing early visual material from the game was invaluable for understanding the mood and ambience.

Gaming is a huge industry, and the thriving indie sector provides plenty of opportunities for new composers.

According to a recent report from MarketWatch, the global games market generated revenue of $180 billion in 2020: more than the movie and music industries combined. You might expect production values for game music to reflect this, but it’s not always the case. There are certainly some super‑polished game soundtracks out there, but there remain many that offer little more than bland wallpaper music. This is great news for composers, presenting opportunities for their music to help new games stand out from the crowd. So why aren’t more composers getting hired as part of all this growth? And what can you do to grab a slice of the action?

Being a game composer means accepting some form of musical compromise. If you can live with this, read on...

It’s sometimes hard to accept that your music will not be centre stage, but game music is usually a secondary part of the experience. Its role is to enhance the atmosphere and momentum of a player’s progress. Aside from specifically briefed set pieces, game music shouldn’t stand out too much or distract players from tasks. What’s more, the sonic hierarchy of games is also led by effects rather than music. Sound design, which is often the remit of the developers or a Foley team, takes priority over music. If your music does not support the sound design then, at best, the developer will EQ out distracting tones and frequencies from your compositions. Players may even turn off your music completely if it is too distracting. At worst, if your amazing pulsing rhythms or sweet strings conflict with footsteps or other environmental cues, they’ll likely not be used at all.

Not all composers feel confident about gameplay audio mechanics either. Game music differs from traditional forms of composition. Ordinarily, music starts, goes forward, changes but always moves toward a defined ending. In games, musical structure can be non‑linear, looping and feature evolving arrangements or layers, all dependent on gameplay. It can be challenging to provide music that is layered around random player choices if you don’t get this. Musical structure and arrangement are determined by the player’s actions, not by your composition skills.

Finally, for many players, game music, no matter the quality, can be quite throwaway. Players are not listeners! Your long and beautifully intricate composition may have been called for in the brief, but in practice, it might only receive mere seconds of screen time. Be prepared for players to skip your music to get straight on with the action. No‑one likes to be ignored, but that’s the way it is. To put all this another way, being a game composer means accepting some form of musical compromise. If you can live with this, read on...

If you’re not already a gamer, get into video games and the culture surrounding them. Most game composers begin in the independent game sector, and indie games can be as diverse as the people developing them. A good start is to search for indie game soundtracks on YouTube. This’ll offer a good idea of the game soundtrack landscape, and you’ll quickly find a few examples that match your tastes and composition style. Spend time investigating other things like gaming culture, styles and genres, how music is used, successful developers, gameplay mechanics and so on. It really helps to have a sense of what the market is all about and how it ticks.

The next step is to cultivate a network of contacts and keep tabs on what they are up to. Networking is vital in the gaming community and helps you be in the right place at the right time when contacts are looking for music for their next production. If you find game content with great music or sounds, reach out to the developers and tell them! Don’t get ahead of yourself and pitch your services straight away; just offer some supportive and interested comments and try to start a conversation. Most indie developers are happy to connect, as it adds to their own networks. YouTube, Steam, Itch.io, Twitter, even LinkedIn and Facebook are good places to connect with developers and start a dialogue going.

Don’t forget your existing contacts, either. You probably already know a games developer or two without even realising it — as I discovered for myself. Despite all the time I’d spent carefully building up gaming industry contacts, I hadn’t realised that my youngest brother Nathan was starting a career as an indie game developer. This potential new ‘client’ had a clear vision of what he wanted and high standards for the soundtrack too.

Not everyone will be fortunate enough to find they are close to someone already in the industry. Before discovering I was one of the lucky ones with an ‘in’, I’d been working quite hard to gain insight into indie game people and culture, and had made a few good contacts. I’d also been thinking specifically about what my own music might be able to offer them and the contribution I could make. I tailored examples to suit some of the genres and development teams I’d come across, and if I’d established a rapport with someone, would drop them a line asking for comments: “Hey, the way you’ve been using music in your games to create atmosphere is really inspiring! I wonder if you could spare a few minutes to offer some feedback on this piece I’m working on?” This approach may not get responses immediately, or at all, but the worst that can happen is you don’t get any feedback and move on. In my case, it didn’t create any immediate leads or glowing praise but did offer some super helpful early feedback about the tone, style and suitability of my examples.

It goes without saying that it’s also a good idea to find out more about how the wider gaming industry operates. Learning about factors such as typical budgets, software tools, timescales and constraints is helpful when you’re considering the type of developer you may be aiming to work with (and the other way round). If they do express an interest in your music, even a little understanding of the business side of what they do goes a long way, making you seem more professional and aware of the realities of game development.

Got some development interest? Great! Now you need to agree terms with the developer. This is complicated. There are several contract and payment variations you may be offered, and this subject could be a separate article in itself. The most common option is what’s called a Work For Hire (WFH) contract, which grants the developer exclusive ownership of everything you produce, in exchange for an agreed fee or rate.

Some composers alternatively negotiate licensing fees, soundtrack royalties, a share of game earnings, or even full‑time employment. Working for my brother made things a little more complicated, but we found a combination from all of the above easiest to negotiate. Your negotiating tactics should be driven by music budget, too, so don’t be shy about discussing this. Don’t be tempted to offer your services for free without some way of gaining income if the game becomes a success.

I actually approached Headware Games for feedback on a track without realising that my brother Nathan was involved! We hadn’t spoken for some time, and he’d kept his game development ambitions quiet until then. Luckily, he liked the track and asked to hear others I’d made in the same style.

Tempting as it was to fire off a load more examples, my first priority was to get my head round the concepts and aesthetics of the game. Being involved early was a super opportunity to understand its influences, atmospheres and creative direction. I wanted to get under the skin of Nathan’s vision for the game. I asked about its visual and sonic style, and this led to discussing environments and settings: dense night‑time forest scenes, underground bunkers, damp abandoned buildings and hidden laboratories would all be needing their own sonic signatures. We also talked about classic 1990s games and movies, and I got to see some early screenshots and game action too.

It became clear that Chasing Static would be ‘big on atmosphere’ and based more on spooky uncomfortable tension than jump scares and action scenes. Sonic exploration and audio cues would be an important factor, and it was clear that the music and soundscapes would need to be layered with and complement the game’s sound design, rather than battling against it.

Our conversations led to agreement on some core directions for the music and soundscapes. These more or less boiled down to a brief covering: