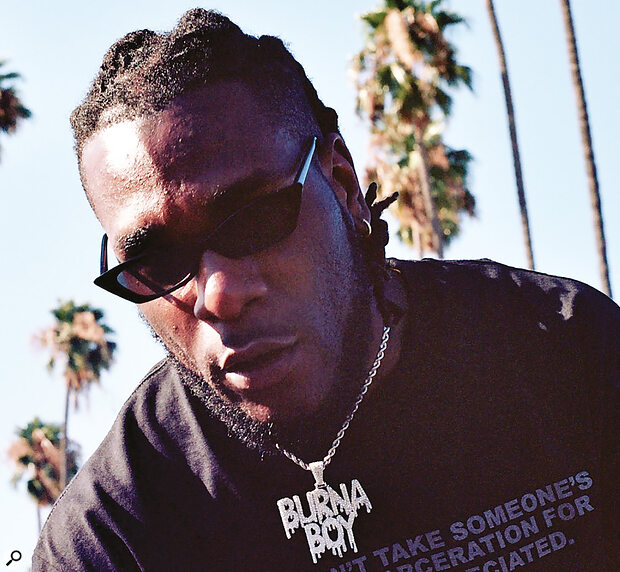 Burna Boy’s second album Twice As Tall saw his brand of Afro‑fusion top the charts all over the world. Jesse Ray Ernster tells us the remarkable story of how it was mixed.

Since arriving in Los Angeles as a complete unknown in 2017, Jesse Ray Ernster has wasted no time in heading to the top. Earlier this year he earned two Grammy Awards, one for Best Contemporary Christian Music Album for his work as an engineer on Kanye West’s Jesus Is King, and a Best Global Music Album Grammy for mixing Burna Boy’s Twice As Tall LP. Both albums went to number one on dozens of charts around world, in the case of Twice As Tall, in as many as 50 countries.

Ernster’s achievements in just four years are pretty impressive. He was born in Winnipeg, Canada, and grew up in Minneapolis, where he cut his teeth at home working in his producer dad’s studio, and playing in local bands. He also taught engineering and mixing at the Minneapolis Media Institute. When it closed, his wife and he moved to LA. Met with complete indifference, Ernster decided to take the high road to self‑promotion: “I applied with every studio and every producer, but no‑one was hiring. So I got this wild idea of delivering pink boxes of doughnuts with a really colourful, hideous‑looking resumé, to every studio in the Valley. I knocked on every door, and got laughed at in many places. But in the end I got hired by NRG in North Hollywood, and learned about LA session workflow, and also about unpaid work and cleaning toilets and mopping floors.

“Through connections I got a gig engineering for Tyga. One fateful evening Kanye West walked in, just to hang out. As he left, I told him that I’d love to work for him. The next day his management flew me to Chicago where he was working, and after that we went to Uganda to record in the middle of a safari resort, next to the Nile river. I could see hippos and giraffes in the distance while tracking vocals!” 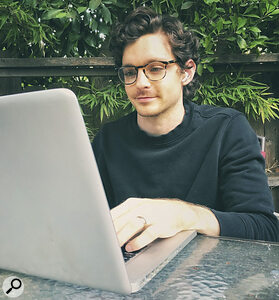 After this dream‑come‑true experience, Ernster signed with Bad Habit management, and as luck would have it, his manager also acts as A&R for Burna Boy. The Nigerian singer and rapper is arguably the number‑one artist in Africa today, and broke through in the west with his 2019 album African Giant, which was nominated for a Best World Music Album Grammy Award and won an All Africa Music Award. Last August’s follow‑up, Twice As Tall, marked Burna Boy’s first Grammy win. Ernster mixed all but three tracks of the former album, and all 15 tracks of the latter.

“There was a big difference between the two albums both in workflow and approach,” recalls Ernster. “African Giant was the first LP I had done with him, and we had not yet built up the trust. He had never even met me in person! So his deal was like: ‘Make this sound like the references. Don’t change anything!’ I tried to push him as far as I could, but he was really solid on that. I finally met him when we went to London to work on African Giant, and that is where we built some rapport. He gave me some freedom to do my thing, for example on tracks like ‘Pull Up’ and ‘Omo’.

“So with this new album he sent me unprocessed stems and raw vocals, and he gave me the freedom to treat those elements however I saw fit. This meant that I was able to dig in and build mixes that had a lot of depth, and that were really transient, really punchy, really big, really clear. It is funny, because I feel that Twice As Tall sounds 150 billion times better than African Giant, and the latter was done using a lot of analogue outboard, that people claim adds all this inherent flavour. But Twice As Tall was mixed all in the box, and I feel that the sound is so much more realised.”

Ernster conducted his mixes for Twice As Tall in ultra‑modern fashion, as he was forced to move between different places in LA, armed only with a MacBook Pro and some AirPods. He started the mixes at his home in the San Fernando Valley in LA, and quickly ran into some issues. “Because of the pandemic, travelling was not an option, unlike with African Giant. Burna was in his home in Lagos, Nigeria and not allowed to leave. We communicated via Zoom sessions, with Diddy often being there as well, as he was the executive producer. I started the mixes at my house, which was being renovated. There were jackhammers and other things going on in the background, and my wife and our daughter were staying in an AirBnB in Laurel Canyon. 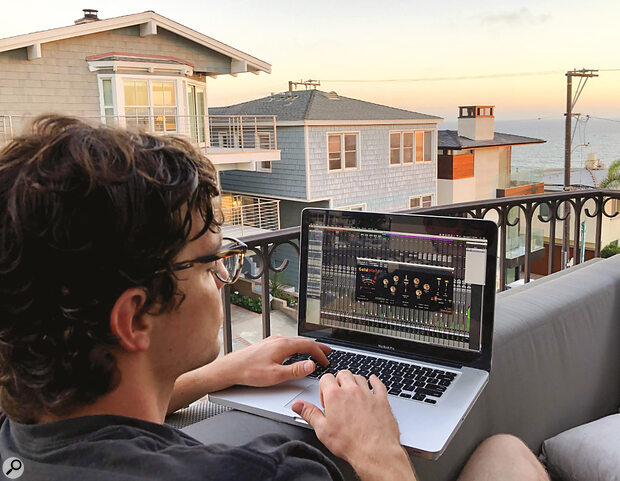 With travel to Lagos off the cards, and his home undergoing a noisy renovation, Ernster had to finish his mixing work on Twice As Tall at an AirBnB in Manhattan Beach, California.

“Because of all the noise, I joined my family, and worked on my 10‑year‑old MacBook Pro and AirPods, connecting via Remote Desktop to my Mac tower in my studio, using AudioMovers to send the session to myself. I used my phone to load the AudioMovers link to my laptop and AirPods. The audio had lengthy delay, so it took about four seconds before I heard the effects of any mix moves I made! At the same time I also often had Burna and Diddy on my screen via Zoom. It was a weird way to work. I later finished the mixes in another AirBnB on Manhattan Beach.” 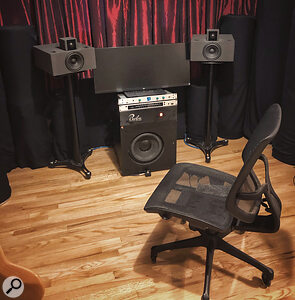 Ernster’s home studio, where his work on Twice As Tall started. He has recently moved to a desk‑free setup in his home studio to eliminate deleterious reflections.Ernster would...