Inside Track: Encanto ‘We Don’t Talk About Bruno’

Secrets Of The Mix Engineer: David Boucher By Paul Tingen 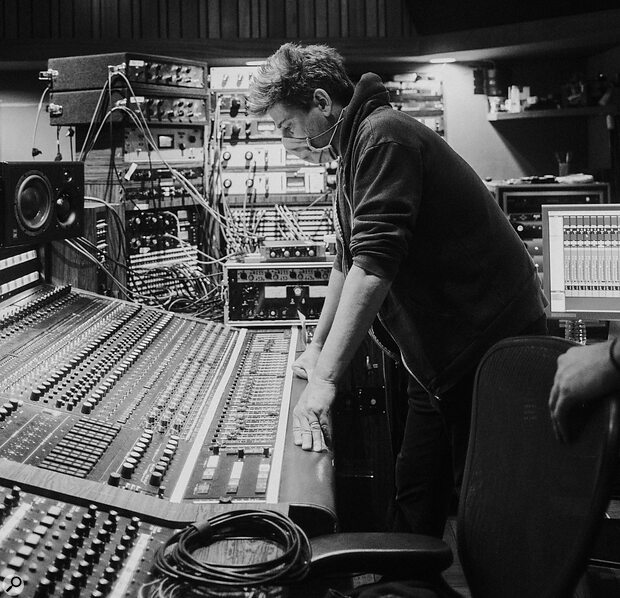 With six lead singers, an orchestra and more, ‘We Don’t Talk About Bruno’ from Disney's Encanto was always going to be an epic production challenge — and then lockdown happened.

“Lin‑Manuel Miranda’s Logic demos were always great road maps,” recalls engineer and mixer David Boucher, “but his demo for ‘We Don’t Talk About Bruno’ was insane! How he created the feel of all the characters, with them stepping on each other’s lines and interacting with each other, was incredible!” 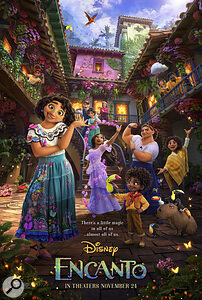 ‘We Don’t Talk About Bruno’‑ Written by Lin‑Manuel Miranda. Produced by Lin‑Manuel Miranda and Mike Elizondo.Also incredible is the enormous success of ‘We Don’t Talk About Bruno’, and the soundtrack for Walt Disney Animation Studios’ Encanto movie from which it is culled. At the time of writing, the song was at its third week at number one in the Billboard charts and its second week at the top of the Billboard Global 200 chart, with the album enjoying a fifth week at number one in the US. The single and album also held number‑one positions in the UK, while other songs from the musical, like ‘Surface Pressure’ and ‘The Family Madrigal’ were in the singles top 10 in both countries.

David Boucher was at the heart of the process of developing Miranda’s demos for the Encanto soundtrack, working closely with soundtrack music producer Mike Elizondo (Eminem, 50 Cent, Fiona Apple, Maroon 5, Muse, Ed Sheeran, Rag‘n’Bone Man), as well as movie directors Jared Bush and Byron Howard. Boucher’s work on the soundtrack began as far back as May 2019, and once 2020 hit, the project was greatly affected by the pandemic.

“Lin would send his demos to the directors,” explains Boucher, “and if they liked the song, they would send it to Mike. He’d work on the demos at his studio in Nashville, adding bass and further developing the arrangements, and then Mike and I would discuss who would play on the songs. We started with recording some accordion and percussion for the opening track, ‘The Family Madrigal’, in the basement at Disney, fleshing out the arrangement to see if it worked. The demos were then given to [original score composer] Germaine Franco, and she would arrange the orchestral elements for a proper orchestra.

“We recorded more bits and pieces during the rest of 2019, and when the pandemic hit, it was a big deal. Everyone switched to working remotely and using Zoom and Audiomovers. I was often the only one in the control room, and it was really lonely! During the pandemic I only did the sessions in Los Angeles, at EastWest Studios, United Studios, and the Fox sound stage. The rest of the sessions took place in New York, Colombia, Atlanta and tons of other places. The number of studios we ended up using was shocking!

“Initially I was set to record the score as well, but we ran out of time, and I brought in Greg Hayes to record at the Fox Newman Recording Stage, while Alvin Wee continued recording at the Village, and he then mixed the score. Because of Covid restrictions, we could not have the entire orchestra in one room, so we had separate recording sessions for strings, woodwinds, brass and orchestral percussion. This meant that some Pro Tools sessions grew to 600‑700 tracks. Throughout the whole process I kept an overview of what we had. Everything was 96kHz, so I had about 8TB of data to maintain.”

Keeping track of a two‑and‑a‑half‑year long project, recorded in many different studios around the world, with 14 lead singers and track counts in the hundreds, sounds insanely complicated. “Yes, it was hard,” agrees Boucher, and if he says so, it must have been, because he is one of the most experienced film‑music engineers and mixers in the industry, and has worked on many Disney projects.

Originally from Atlanta, Georgia, Boucher studied music engineering at the University of Miami, and then cut his teeth as assistant to the great Bob Clearmountain. Boucher went independent in 2001, and has since worked regularly with producer Mitchell Froom, gaining credits like Crowded House and Rufus Wainwright. Boucher’s movie soundtrack credits include Moana, Coco, Monsters University, Toy Story 3 and 4 and The Princess And The Frog, and he was featured in the April 2014 issue of SOS talking about recording and mixing the soundtrack for Frozen.

Boucher needed every bit of his vast experience to keep the Encanto soundtrack project on track. One crucial aspect of his work was making sure that all final vocals were recorded and delivered to the animators as early as possible. “Usually the order of operations is: get the demo, make sure the arrangements fit the film, record all the vocals as early as you can. You then replace the demo arrangement with the final instruments, or add them. If there suddenly is a crowd or a percussionist in the street, you can always add that later.

“When we’re working on the vocals and the compositions, the movie is still in the storyboard process. The film‑makers want the lead vocals as early as possible, so the animators can get to work. The story often changes, the character’s emotional viewpoint changes, sometimes there are lyric changes. Changing animation on a lead vocal when you have lip‑sync is time‑consuming and expensive, so to do that is not a decision that is taken lightly. Once the animation is complete, all vocals are locked for timing.”