Secrets Of The Mix Engineers: Peter Nappi By Paul Tingen 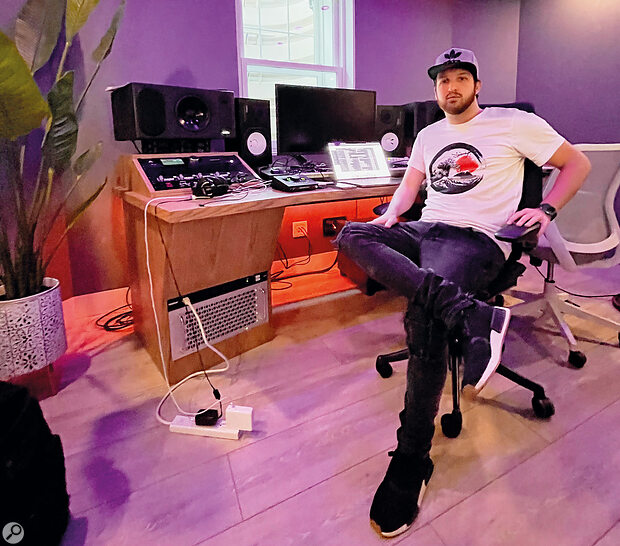 Peter Nappi. This photo was taken in the studio of singer and producer Jon Bellion.

It was just another session for producer Peter Nappi, but Gayle’s ‘ABCDEFU’ would become one of the most listened‑to tracks of 2022.

Late in 2020, producer Peter Nappi received some vocal and acoustic guitar files by an unknown 16‑year old singer called Gayle, with the request to create a production around the song. He considered it a routine assignment, as did the people who had sent him the files. No big‑name mixer was involved in the end product, and the track was mastered automatically on LANDR. 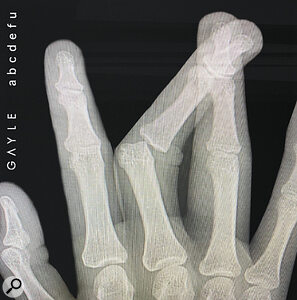 ‘ABCDEFU’ - Written by Taylor Rutherford, Sara Davis & David Pittenger. Produced by Peter Nappi.Gayle’s song was finally released on August 13th, 2021, as her first major label single, and no‑one expected it to be a huge hit. However, just like Lil Nas X’s ‘Old Town Road’ and Olivia Rodrigo’s ‘Drivers License’, ‘ABCFEFU’ blew up on TikTok and then took the world by storm. By the middle of January, it had reached the top ten in more than 30 countries, including the US, and number one in a dozen places, including the UK.

“I try to stay off my phone as much as possible, and don’t have TikTok, so when the song started blowing up on there, I had no idea, until people were texting me about it,” laughs Nappi. “But it was still hard to comprehend. I don’t think anyone saw the enormous success of the song coming. Gayle is extremely talented, and when you meet her you know she’s going to be successful. It’s also a really cool song, but you cannot foresee or plan this kind of success.”

Nappi’s encounter with the song started on December 8th, 2020. “I am signed to Arthouse Entertainment, which is a company owned by songwriter Kara DioGuardi. She has worked with Gayle off and on since she was 14, and signed her to her company, and then also got her a deal with Atlantic. There were several songs in development, and ‘ABCDEFU’ was one of them. It had had several different productions, yet no‑one could nail it.

“So Kara asked me to work on the song. I was very busy at the time, and might normally have declined to work on a song, by an unknown singer with no releases, which might not even come out. But when Kara calls it’s different, so I agreed, and spent three hours or so working on the song before going to another session. After that I forgot about it. A few weeks later one of my buddies reminded me of it, and I reckoned it was a good idea to send over my demo, to see what they thought and whether they wanted me to finish it. Kara replied, ‘Roll with it!’ 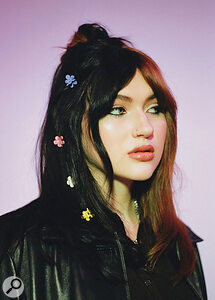 Gayle.Photo: Luke Rogers“I got some notes from Gayle, who wanted electric guitars throughout, also in the verses, and for the song to be rock and yet also modern and cool. And she wanted me to crank up the gang vocals. I now crank up the gang vocals for every song I do with her, because I know she will email me asking for that. We also worked on an intro. By Christmas 2020 I had finished up the arrangement, also changing the chords in the chorus sightly, adding some live drums, and making sure all the sounds were the best they can be. The end result was still pretty close to my first demo, though.”

Originally from Long Island, Nappi has played drums since he was eight years old, and started messing with GarageBand, he says, “when I was 10 or 11. At high school we had a music theory teacher, Mr Kevin Dunne, who somehow had convinced the school to get computers with Pro Tools, and even a Control 24. It made no sense, but a high school buddy of mine, Johnny Simpson, now also has major success as a writer and producer. So I got into Pro Tools when I was 13.

“After high school I went to the Berklee School of Music in Boston, and majored in film scoring and minored in conducting. I met Kara DioGuardi there, and she signed me to her company and arranged for a publishing deal with Universal. I left the school, moved out to LA in 2013 and started writing and producing. A couple of year after that I formed a band called Ocean Park Standoff, together with singer Ethan Thompson and DJ Samantha Ronson [brother of Mark], and we signed to Hollywood Records. That band folded a couple of years ago.”

Nappi’s recent work includes songs with UPSAHL, Anne‑Marie, Little Mix, Madison Beer, 30 Seconds To Mars, Iann Dior and Mike Shinoda. ‘ABCDEFU’ was produced in his home studio in LA, where he has Focal SM9 and Amphion One18 monitors, a MacBook Pro, a self‑built PC on which he runs Pro Tools (see box), an RME Babyface interface, Audient ASP800, Chandler LTD‑1 and TG2500 mic pres, a Tube‑Tech CL‑1B compressor and Inward Connections The Brute limiter, a Moog Sub Phatty synth, and Neumann U67 and M149 and Advanced Audio CM800T mics. The latter, he says, “is a great Sony C800 clone, that sounds phenomenal. I use it on a daily basis.”

“When I get a song in, I generally don’t want to hear the demo,” says Nappi. “I may listen to it once, just to decide if I want to do a song or not. But then when the actual session files come in I’ll throw them straight into Pro Tools and I just go, because your initial reaction and instinct is probably the correct one, at least for me. I throw ideas down quickly, and then later, if people are happy with the direction I’ve taken, I’ll go in again and refine the arrangement and find better sounds. 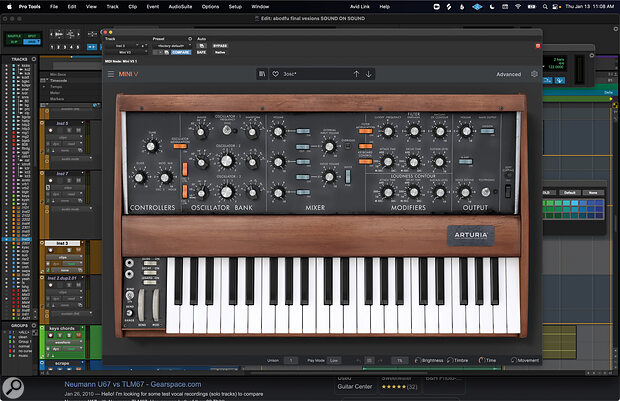 “My first version of ‘ABCDEFU’ had a sampled electric guitar, Arturia Mini V bass, drums, and of course the acoustic guitar and vocals I was sent. In this case the mechanical‑ness of the programmed guitar sounded a little more modern than when it was played, so I left that. In other cases I sometimes...