Inside Track: Haim 'I've Been Down' Skip to main content

Inside Track: Haim 'I've Been Down' 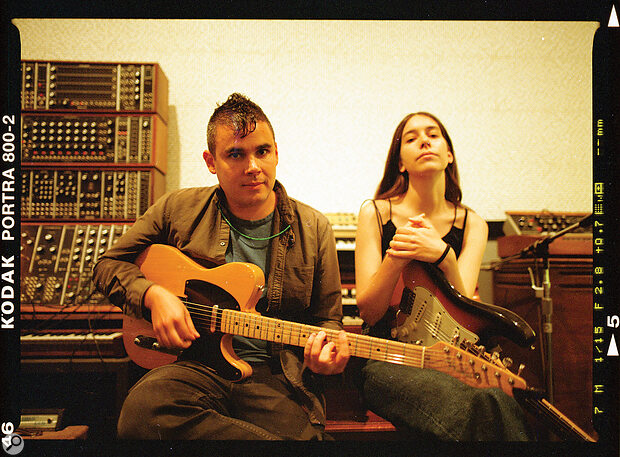 Haim's latest album was made with a mix of old-school and modern techniques and equipment.

Haim's third album, Women In Music Pt. III, was not only a UK number one, but also exceptionally well received in other ways. The album scored a whopping 89 out of 100 on Metacritic, with writers noting its experimental and eclectic nature, and saw the band moving away from the sunny Californian pop/rock of their first two records. 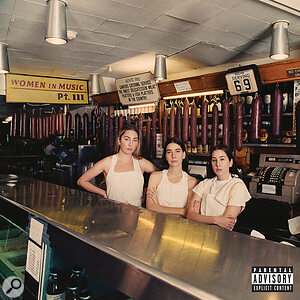 'I've Been Down' was written by Haim and Rostam Batmanglij. Produced by Danielle Haim, Rostam Batmanglij and Ariel Rechtshaid.Women In Music Pt. III was produced by the band's singer, guitarist and drummer Danielle Haim, together with her boyfriend and producer Ariel Rechtshaid, and Rostam Batmanglij. The latter was once both the producer for, and a member of, Vampire Weekend (see the SOS May 2010, www.soundonsound.com/people/secrets-mix-engineers-justin-gerrish-rostam-batmanglij), but since 2016 has ventured out on his own, both as a solo artist and a producer for such artists as Frank Ocean, Lykke Li, Wet and Maggie Rogers, among others.

Talking via Skype, Rechtshaid and Batmanglij explain that much of the sound of Women In Music Pt. III was the result of recording and treating real instruments to make them sound old, and then sampling them to make them sound modern again.

"We didn't actually sit down and say, 'We are going to make something sound old and then make it sound new,' clarifies Rechtshaid. "We were not really consciously talking that way. But speaking for myself, I am very influenced by hip-hop production, and coming up as a kid in LA in the '90s I got my hands on a sampler and tried to find the same breakbeat they used on, for example, an Ice Cube record. I have always been a student of recording history, and I also am a huge fan of music software. We tried to combine these two, but that's obviously not going to sound retro. We were pushing plug‑ins and our laptops as far they could go, and this lends itself to a modern sound, because these are modern tools."

Rechtshaid has an eclectic background. As a multi-instrumentalist, songwriter, engineer and producer, he has worked in pop and alternative rock with the likes of Adele, Diplo, Vampire Weekend, Madonna and many more (see www.soundonsound.com/people/ariel-rechtshaid), and he's been involved with Haim since their 2013 debut album, Days Are Gone. 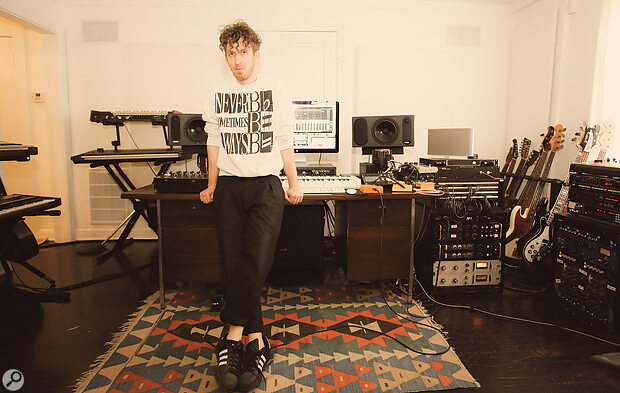 Ariel Rechtshaid at his Burbank studio in 2017.Photo: Ashley Beliveau

Batmanglij brought his own eclectic mix of influences to the table, not only having similarly diverse studio roles as Rechtshaid, but also as a result of his cultural background. Born in Washington, DC to Iranian and Persian parents, he says he "definitely grew up listening to music from all around the world. There was a lot of Persian music playing in my household, there was African music, there was folk music, there were the Rolling Stones. I think on this Haim album everybody's influences pushed the album to be the eclectic mix that it became."

Work on Women In Music Pt. III began in the first half of 2019, without those involved actually planning to make an album, as Rechtshaid recalls. "About a year ago Danielle was kind of frustrated with the pressure of putting out records in time for touring and so on, and said she just wanted to put out one song. So we did a song called 'Summer Girl', and this and its video made by Paul Thomas Anderson came together really effortlessly, which created a new, looser direction for us.

"We did a few more songs, still thinking of singles and not of making an album, and then the record company asked what our thoughts were about doing an album. So the concept came in the middle, as opposed to at the beginning. The sounds and styles on this record have surprised people, and it is rewarding to get that reaction. But the album is eclectic because Haim are eclectic. It was only a matter of time before all those styles would show themselves on one record. The band are also only three records into their career, they're still getting warmed up and getting better at what they do."

'Summer Girl' was released on 31st July 2019, and was followed by the singles 'Now I'm In It' and 'Hallelujah' a few months later. 'Summer Girl' was also started by Danielle Haim in response to Rechtshaid's cancer diagnosis (he is since in remission), and her first step was a demo she had made in GarageBand on her phone. About half the songs on Women In Music Pt. III were started with some kind of demo...