Secrets Of The Mix Engineers: Kevin Grainger By Paul Tingen 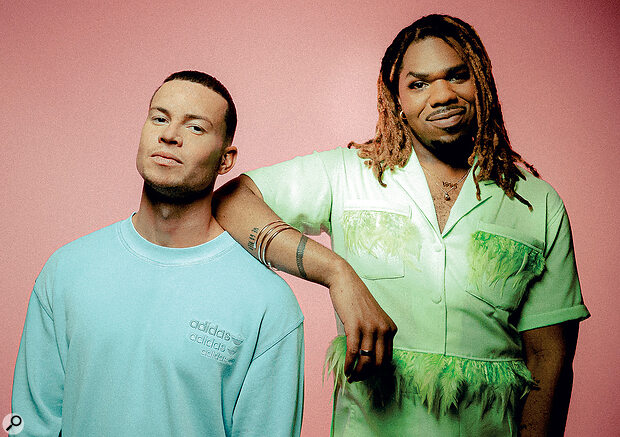 Kevin Grainger has developed a unique approach to dance mixing — and, as Joel Corry's 'Head & Heart' proves, a highly successful one. We break down this hit track.

"My first and foremost aim is to make things sound good in a club. I work with dance music, and if it doesn't succeed in a club, it won't work as a record. It needs to sound awesome on a system, and this means a lot of focus on kick and bass and the groove. That is my mentality for mixing all records. If it is more of a radio record, which 'Head & Heart' was, over time I will finesse it more towards radio, rather than mix it as a straight club track. But the final product simply has to work in a club." 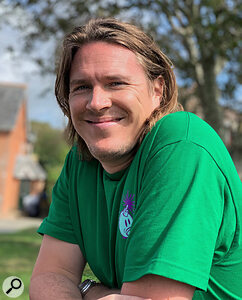 Kevin Grainger is one of the world's go-to mixers for dance music.Speaking is Kevin Grainger, who in recent years has become one of the world's go-to mixers for dance music. 'Head & Heart' is, of course, the insanely catchy hit by Joel Corry, featuring MNEK, which went to number one in the UK on the last day of July this year. In addition, Grainger has mixed hits for Avicii, Sigala, Seeb, Fisher and many more — Fisher's 'Losing It' was nominated for a Grammy Award, and Grainger with it.

Grainger's career path to becoming one of the world's top mixers is unusual, and continues to have a big impact on the way he mixes. In a nutshell, Grainger worked for many years as a mastering engineer, and because of the vagaries of the dance music world, his work gradually morphed into mixing. And while it's not unusual for mixers to become mastering engineers, the reverse is a road barely travelled.

From his studio at Wired Masters in South London, Grainger recalls his first steps in the music industry, "I played guitar, drums and bass in bands all through my teenage years, and then went to study environmental biology at Royal Holloway, University of London. I joined a tech crew for bands that came to perform there, and I really got into that and decided I wanted to have a career in music. But I didn't want to do the live thing, I wanted to be in a studio. So I wrote to loads of studios, and in 1995 got a job as a tea boy at Masterpiece Mastering in Fulham, and worked my way up. In 1999 I went to work at Heathman's Mastering, and then my business partner and I set up Wired Masters in 2003."

It was in mastering tracks for Sandy Rivera, aka Kings Of Tomorrow, that Grainger's work went off the beaten mastering track. "I had done a lot of mastering for Sandy, and one day in 2003 he came to London with his Pro Tools rig, and we realised that we could take things so much further if he gave me stems to master. We got great results, and if suddenly a song sounds better than everybody else's, it's like: 'How did you get this to happen?' So labels and artists started sending me stems to master from. It all happened really organically. I never said to people: 'Oh, if I had five stems it would be so much better than working with just the stereo.'

"Today 95 percent of what I do is dance stuff, which is all about the production and making things sound good in the club. This direction really took off for us during 2010-11, on the back of me working with Swedish House Mafia & the EDM explosion in the US. I mastered, did DJ mixes, and also stem mastering. The mastering-from-stems approach gradually got more and more involved, with an increasing amount of stems, and when I began Melodyning vocals, swapping out drum sounds, and reprogramming drums to get the groove right, it was like: 'Hang on, this is no longer stem mastering, but mixing.'

"I mixed most of Avicii's last EP, Avīci (01) [2017], and mastered all tracks on it, and have worked with Sandro Cavazza as a result of that, not just doing dance stuff, which is wonderful. After Avicii died his father and lawyer got in touch with me to mix the posthumous album Tim [2019]. That credit was really helpful for my manager to convince especially people in America that I was doing mixing as well as mastering. Changing that perception was quite hard."

"The dance world is nice to be a part of. Everybody is happy to share why this or that sounds good. It is really positive!" Grainger enthuses, and he put his money where his mouth is by sharing extensive details of his dance-orientated mix approach in general, and of 'Head & Heart' in particular. His room at Wired Mastering is acoustically treated and contains his favourite monitors, as well as some essential outboard, the latter connected to his mastering background. 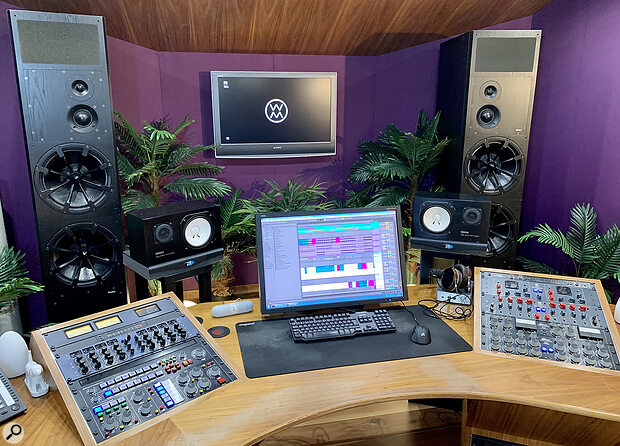 Kevin Grainger's Wired Masters studio in south London is, in many ways, a conventional mastering room rather than a mixing suite.

"My main monitors are the PMC BB5 XBDs," explains Grainger. "I also have some Yamaha NS10s on a Bryston 4B, but my decision-making is done on the big speakers. Only in the latter stages of a mix will I start checking on the NS10s, particularly with vocals where...