Inside Track: Meghan Trainor 'Made You Look'

Secrets Of The Mix Engineers: Jeremie Inhaber By Paul Tingen 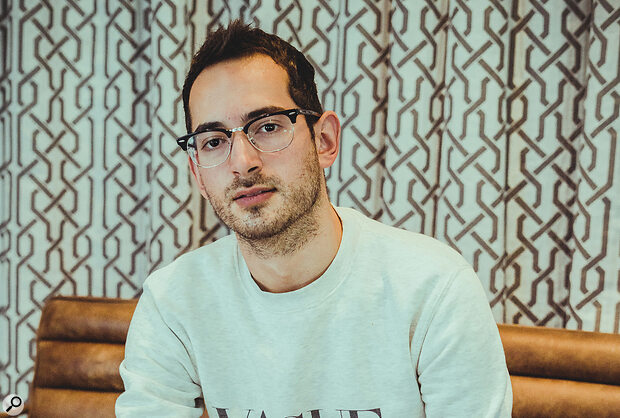 When you’ve learned your craft from Manny Marroquin, you can mix on almost any system — as Jeremie Inhaber proved with Meghan Trainor’s ‘Made You Look’.

“My entire career has been about making the most with what I have,” says Jeremie Inhaber. “When I worked at a radio station I was mixing bands live to air, and we had two condenser mics and 25 Shure SM57s. So I put 57s on everything, used the condensers as overheads, and had to make it sound good. I had to record, and mix, and make it compete with other things on the radio, and with other radio stations. I had to run the whole show, and learned to manage different aspects of a production, all with very limited equipment.

“When I worked for Manny, I again learned to use fewer tools to go further. One of the things he does better than anybody I have ever seen is to do so much with so little. I watched him use just the faders on an SSL desk to get his mixes most of the way. Working in the analogue world, you have to make each console and outboard EQ and compressor count. You can’t put 10 effects on the inserts of a desk. Working at Larrabee Studios with Manny also was a high‑pressure environment, where you had to make things work, and on time, no matter what the situation. I learned to understand what tools are the most appropriate for what situations, and make the most of what’s there. That mentality carries through in my freelance career.

“In the end, it doesn’t matter what tools I work with. The less‑is‑more approach has remained with me, and it is still there today, now that I am independent. I’m working mostly from home, again making the most of what I have, which is a pair of Yamaha NS10s with an HS10 sub, a [Universal Audio] Apollo Twin soundcard and a MacBook Pro from 2014. I haven’t gotten a session yet that won’t run on it, so I don’t feel limited by it.

“I also sometimes mix on a set of Sennheiser HD650 headphones, because they take the acoustics out of the equation — I make different decisions on headphones than I do on speakers. It’d be awesome to have a pair of ATC or PMC monitors one day, but for now it’s a fun challenge to dive deeper into the tools that I have, and then to see the reward in mixing a song on a pair of speakers many people wouldn’t ever touch, and it getting 120 million streams and more!” 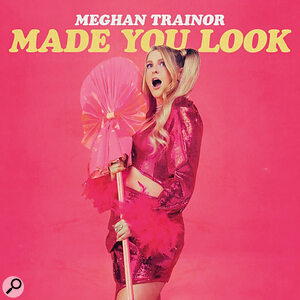 The 120 million streams refer to ‘Made You Look’, the recent big hit by Meghan Trainor, which was mixed by Inhaber. The song reached number two in the UK singles chart, and was a top five hit in many other countries around the world. It was the second single from Trainor’s fifth studio album, Takin’ It Back, on which Inhaber mixed eight tracks. Nine of the songs on the album, including ‘Made You Look’, were co‑written and/or co‑produced by Federico Vindver, of Kanye and Coldplay fame, who was interviewed in SOS October 2021.

The Manny mentioned by Inhaber is, of course, Manny Marroquin, one of the world’s top mixers, with a credit list so long it could take up the rest of this article. Inhaber worked as Marroquin’s assistant from August 2018 to August 2021. Inhaber has been independent since then, and has mixed tracks by NBA YoungBoy, Internet Money, Stacey Ryan, Zai1k and many others. ‘Made You Look’ is his first big hit as a freelance. “It’s really cool,” he comments. “I’m not used to paying attention to numbers and streams and marketing and so on, but it’s been great to watch this song blow up. You never know what’s going to be a hit, or not, so I did not expect it. But it couldn’t be more exciting!”

After three years assisting Manny Marroquin, Inhaber went independent in August 2021 because he “was ready for a new challenge”. However, he faced not just one but a multitude of challenges. First of all, there was the challenge of building a career, which meant networking, making connections and learning about business. He says that signing with Fated Future Management took a lot of weight off his shoulders in this respect. There also was the challenge of translating the mixing lessons he’d learned in a big studio to a small, in‑the‑box, home setup. “I obviously don’t have an SSL, so the challenge was, ‘How do I get to where I want to go with a mix without a desk and without all the outboard? How do you achieve your aim sonically with different tools?’ I found that you can, but you have to use different techniques with your different tools.

Jeremie Inhaber: You realise that the tools don’t really matter, because it’s about your ear, and your vision. A lot of what I did with Manny was ear training.

“You realise that the tools don’t really matter, because it’s about your ear, and your vision. A lot of what I did with Manny was ear training. It happened all the time, whether I was aware of it or not. You’re learning taste and sensibilities purely by listening to things, and that then translates in me working in my home studio. This is where the NS10s are important, because after spending four years at Larrabee listening mostly to these monitors, they have become my frame of reference.

“When I tell people that I work only on NS10s, they always look incredulous. But I’m really comfortable with them. It’s not just that I’m used to them, and that they thereby help me create mixes that translate to everywhere else. I’ve also grown to really like them. They are an acquired taste, but I now love listening to them. They present the vocals in a really specific way, and there’s something about the separation and detail in the midrange that I love. The general soundstage translates in a really nice way on NS10s.”

Inhaber’s mix of Meghan Trainor’s ‘Made You Look’ is a good illustration of his current mix approach. “My mix session for that song is fairly typical. I more or less approach most mixes the same way from a technical standpoint, and also from an organisational standpoint, like colour‑coding and arranging my sessions. And I have a very basic template, which has a few aux tracks with the Soundtoys doubler, and a couple of reverbs, and a couple limiters on my stereo bus. It’s not much. Just a few plug‑ins that I tend to gravitate towards.

“It’s great when people send me Pro Tools sessions, because I get to see under the hood what producers do. I often learn from that. But these days many producers work in Logic or Ableton, in which case I’ll get stems. There’s...