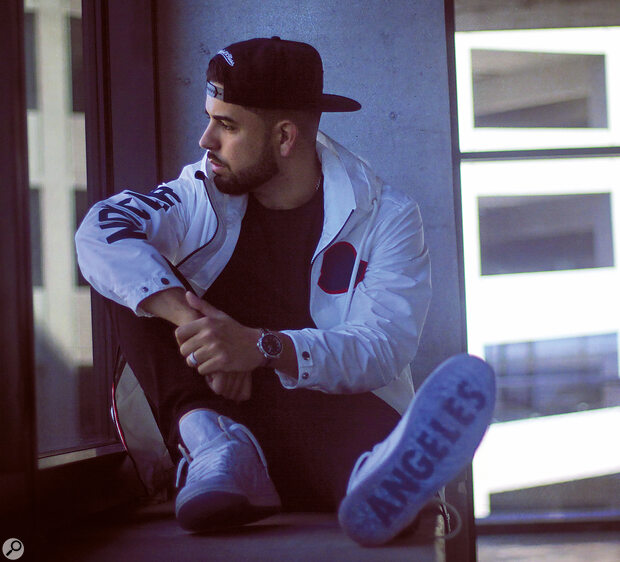 With hit albums for Dave, Wizkid and now Stormzy, Brazilian‑American mixer Leandro Hidalgo is at the top of his game.

“I always say: ‘If you want to find out how to be an amazing assistant, be an engineer for a day, and have an assistant.’ You will know everything you want that assistant to do. When you go back to being an assistant, you will be handing the engineer things before he even thinks of them.

“Similarly, if you want to learn how to be a great mixer, be a producer or an artist for a day, and you will know what they want from a mixer. Most mixers view their job purely from a mixer standpoint. But I’m also looking at it from an artist/producer standpoint, because I have played all roles. I record, I write demos, I produce, and I mix. I have done it all, A to Z.”

Leandro ‘Dro’ Hidalgo’s multi‑disciplinary approach to his work is in evidence on his Instagram account, where he still bills himself as a “musician/band”. But his credits as a drummer, engineer, writer and producer notwithstanding, it is his work as a mixer that has in recent years attracted the most attention. In 2020, Hidalgo mixed almost all of Made In Lagos, the breakthrough album in the west of Nigerian singer Wizkid, who has already been a household name in Africa for many years.

Next up, Hidalgo got to mix the whole of Dave’s most recent album, We’re All Alone In This Together (2021). And at the end of 2022 Wizkid’s More Love Less Ego was released, entirely mixed by Hidalgo, along with Stormzy’s third studio album, This Is What I Mean. Hidalgo mixed seven of the album’s 12 songs, including the lead single, ‘Hide & Seek’ and the epic eight‑minute long album opener ‘Fire + Water’.

Perhaps because of his experience as a producer, Hidalgo feels no need to stamp his own mark on his mixes. “I love it when people say, ‘Make it sound like the rough,’ because it is a challenge. Many people I know hate that statement, but I think it is awesome. To make a song sound better, and still keep the magic of where it was, is an art. It is harder to do as a mixer than to change a bunch of stuff, and make it sound different.

Leandro ‘Dro’ Hidalgo: I love it when people say, ‘Make it sound like the rough,’ because it is a challenge. Many people I know hate that statement, but I think it is awesome.

“My job as a mixer is to keep the magic alive. Again, this comes from me recording and producing. I have been in the room when this magic was created. There’s this energy bubble, which is like a forcefield, and you record it into this little digital thing called a computer. It is alive. You can almost feel the energy that was in the room. And then you give it to a mixer, and sometimes it dies completely. The energy is done. You can kill that magic easily.

“People complain that ‘make it sound like the rough’ is about demo‑itis, and that may be the case. But not always. Producers know how to make the music feel, and that is what it is about. All these people that geek out over plug‑ins and all this other stuff, it is cool. I used to do the same. But I am so much more focused now on how the song makes me feel than on doing this little notch where some frequencies are clashing. Who cares. Sometimes that stuff is what makes it sound good!”

Hidalgo appears to have a strong connection with UK‑based artists, because in addition to Dave and Stormzy, he’s also worked with Skepta and KSI. The common thread here is the influence of African music, to which Hidalgo has taken a particular liking. He is one of the go‑to mixers in the US when it comes to Afrobeat, something which is directly related to his Brazilian background.

“I was born in Brazil, and my family moved to Miami when I was five,” explains Hidalgo. “Music and dancing are central to Brazilian culture, so I was around that a lot, and at middle school I started playing drums. I also got interested in music production — I started reading SOS in great detail! — and went to Full Sail in 2011‑12. After that I interned at Alexus Records, with Rico Love. He has a group of producers called Division One, and they’d make beats on their computers every day, with me being the floating person in the room. I learned a lot from them and Rico. I’m sure they had no idea that I spent a lot of time taking notes!

“I moved to LA in 2014, and worked at the Record Plant, where Rose Mann‑Cherney gave me a chance to work as an intern, and this led to me meeting top mixer Dave Pensado. I worked with him for nearly two years [Pensado kicked off the Inside Track series in January 2007: www.soundonsound.com/techniques/secrets-mix-engineers-david-pensado]. After that I worked for most of one and a half years with producer Brody Brown. He was one of the main writers on Bruno Mars’ 24K Magic album [2016]. I learned a lot about mixing and music production from both Dave and Brody.”

Hidalgo first met Wizkid in 2015, when the singer was in LA working on his major‑label debut Sounds From The Other Side. It woke Hidalgo up to the parallels between Afrobeat and his Brazilian background. “After meeting Wiz, I learned a lot about my own culture that I did not even know. How much African influence there is in our culture, and how much of our culture stems from specifically the Yoruba tribe, the main tribe in Nigeria. All of it made sense to me.

“However, when I listened to early Afrobeat, the music felt amazing, but sounded really bad. They were recording on terrible equipment, and doing things they were not supposed to be doing. At the same time, when you do something really wrong it can become right. For example, Wiz’s vocals tended to be super over‑compressed. When I started working with him, if I did not compress his vocals that hard, he would be like: ‘Dude, something is off.’ So I had to learn how to give him what he was looking for, while at the same time improving the sonics. I read that mixer Seth Firkins wanted to take Future’s music to a place where it could sonically compete with the mainstream. I felt the same with Wiz. My idea was to take this amazing music and make it compete with the likes of Dua Lipa and Beyoncé and so on.”

Made In Lagos was nominated for a Grammy, and made it to many lists of best albums of 2020. And, as usually happens, one good thing led to another. “We were mixing Wiz’s album in Amsterdam, and when P2J came along as executive producer, it changed the album completely. P2J then introduced me to Dave, because he worked on his album as well. I did one song for Dave, and they liked it and kept sending me more stuff to mix. It ended up with me mixing the entire album. P2J also did a song for Stormzy, and with me already having mixed Dave’s album, it made it easier for Stormzy’s team to trust me.

“The first song I mixed for Stormzy was given to me as a test, and if I passed it, it’d unlock me mixing many...