Inside Track: Tones And I 'Dance Monkey' Skip to main content

Inside Track: Tones And I 'Dance Monkey'

Secrets Of The Mix Engineers: Konstantin Kersting
By Paul Tingen 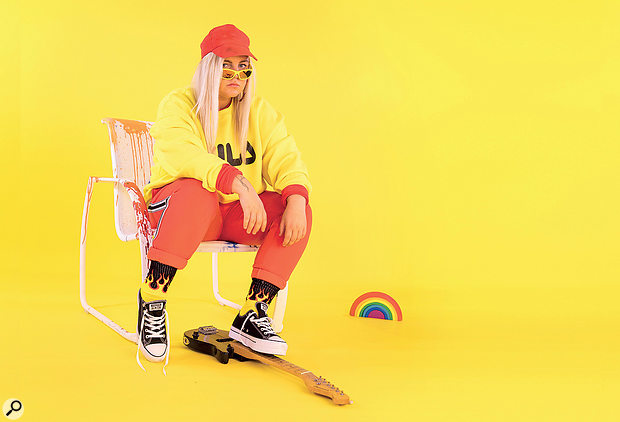 Tones and I's first single, 'Johnny Run Away' was uploaded on February 15 of this year, immediately went viral, and ended up double platinum in Australia. The follow-up, 'Dance Monkey', was released on May 10, and by mid-November had enjoyed its fifth week at number one in the UK, and its 15th in Australia!

After unknown busker Tones and I teamed up with unknown producer Konstantin Kersting, she soon became very well known indeed!

In 2017, 24-year-old Australian Toni Watson was living out of a van and busking in Byron Bay. Two years later, as Tones and I, she has a number-one single in more than 30 countries. Discovered and managed by music lawyer Jackson Walkden-Brown, Watson spent the whole of 2018 busking and gigging, using her setup of Roland Go:Keys and Casio keyboards and a Boss RC300 Loop Station. As the crowds got bigger, Walkden-Brown teamed up with Lemon Tree Music, a management company with another former busker, Tash Sultana, on their roster.

Tones and I's first single, 'Johnny Run Away' was uploaded on February 15 of this year, immediately went viral, and ended up double platinum in Australia. The follow-up, 'Dance Monkey', was released on May 10, and gradually grew into a global phenomenon. By mid-November, the song had enjoyed its fifth week at number one in the UK, and its 15th in Australia. 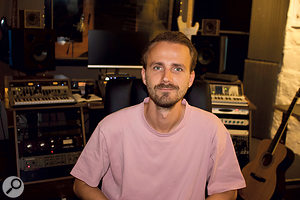 Kersting's first taste of success in this genre was the song 'Better' by young Australian singer Mallrat. "I co-wrote that song with the artist and it became a breakthrough thing, because it was both my first foray into collaborative writing, and into electronic music production, where pretty much only the vocals are recorded, and the rest is programmed. When you record a band, most of the time you really are just a facilitator. You make sure your signal chains and gain staging are right, and you coach them during recording, but that's it. By contrast, co-writing can sometimes feel more creative and exciting. That song became quite successful in Australia, and from there I started working more with signed artists, mostly in the alternative pop genre."

"The studio definitely is a hybrid setup now," comments Kersting. "I have a few synths that I use heaps, like the Korg Minilogue, mostly for pads and twinkly things, and the Moog Voyager for bass and for classic lead sounds, and any weird, crazy arpeggios. Until recently I also had a Roland Juno in the studio, but I ended up getting rid of the latter, because the TAL plug-in version sounds pretty much the same and is less noisy. For bass I often use either the Model D or the Voyager, and/or an Arturia soft synth. My sounds in general are a blend of hardware and soft synths. I just like touching things every once in a while and not just clicking everything in. It might not necessarily sound better, but it makes me feel better about my job.

"I think it's also important that the artist actually plays some parts, wherever possible. Tones always played several parts in the tracks we worked on together. Many of these parts were not complicated, and we could have easily drawn them in, but I feel like it makes it more exciting to actually play them. It also gives you more of a human feel, because you get slightly different velocities on certain hits. In this super-perfect music world, people still like things that sound slightly more human. Playing things in also makes the artist feel more involved, and when they hear their track played somewhere, they think: 'I played that!' It is very important to me to make artists feel comfortable, and like they are part of making the song. You want to have the artist walk out with a song that they are really proud of, and I feel like you get that way more when the artist is in the room with you, rather than just presenting them with the finished track at the end of the production."

It was this artist-friendly hybrid setup that Toni Watson encountered when she entered Kersting's studio in late 2018. "Tones came in with a bunch of demos — about six of them. They were all based on the loop arrangements she had created as a busker. 'Johnny Run Away' was the first song we worked on, and this actually already had a demo that she had made with another producer. The demo was really great in terms of structure and overall vibe and gave us a good idea of where to take the track. We just ended up re-producing it all at my place with a more modern take on the overall...