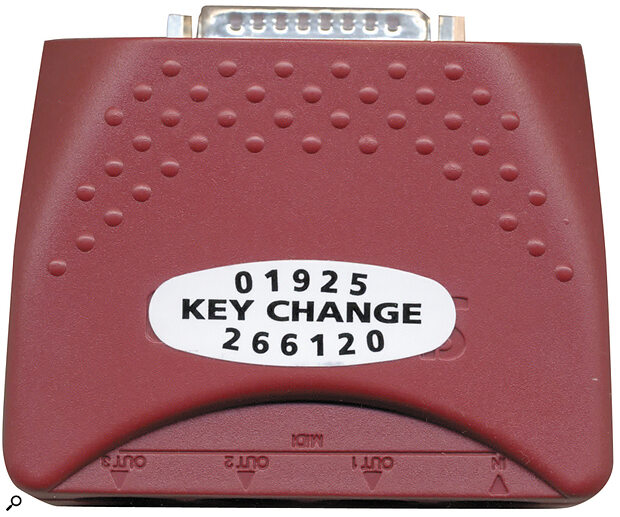 Fancy multi‑port MIDI operation for your Atari? Derek Johnson looks at a three‑way interface that can expand the musical horizons of Atari users and rounds up some more ST news.

There are a number of features that endear the Atari to discerning computer‑based musicians, such as its compact ROM‑based OS, the unbloated nature of the software written for it, and the fact that its MIDI port is built‑in — the reason, according to many, for the computer's rock‑solid MIDI timing and performance. But therein lies a problem: the third‑party multi‑port MIDI‑interface industry never really got going with the Atari in the same way as it did for Macs and PCs. In its heyday, certainly, add‑ons were produced for the ST by the likes of Steinberg and C‑Lab that added up to three extra MIDI Outs, extra MIDI Ins and tape‑synchronisation options, but you're unlikely to be able to buy one off the shelf these days.

So, it's up to the Atari underground to fill the gap. From simple modem‑to‑MIDI adaptors that add a valuable extra MIDI Out, to boxes that provide an extra three MIDI streams, there's something for everyone if you look hard enough. The latest that's come my way is Keychange Music Service's Proper Job. It's based on a Steinberg PCI3 MIDI interface, modified by Keychange to provide users of Steinberg's Cubase with an extra three MIDI Outs, and one merged MIDI In — the latter is definitely worth having if you, or you and a musical partner, would like simultaneously to record MIDI parts from multiple controllers. 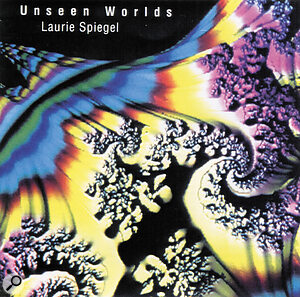 The Proper Job package comes with an external power supply, and though the interface can be coaxed to connect directly to your ST's printer port, a short cable is included for a more secure connection and better access to the new MIDI ports. However, if your work surface has the space, the rear‑mounting option does help slightly to keep the cables out of the way. Those requiring access to a printer on the machine they use for music may need to hunt down some kind of switcher box, or resign themselves to frequent replugging.

So that Cubase can see the interface, your MROS folder will need the correct driver — either KMS1‑3 DRV or STM1‑3 DRV. If you have neither driver, contact Keychange and they should be able to help. Once hardware and drivers are installed, reboot and launch Cubase: the extra Outs will appear in the MIDI Output column, and the extra In will be merged with the ST's main MIDI In. Sad to say, Proper Job won't work with C‑Lab Notator — no drivers are available.

And it works as expected: another three MIDI devices can remain permanently connected to your ST, and you can now control up to 64 independent parts (16 parts for each MIDI stream). There is a general feeling in the Atari world that really time‑dependent MIDI data — such as MIDI clock, notes destined to play drum parts, and so on — should be routed to the ST's main MIDI Out, because in some cases (especially if you're running a lot of busy parts on all your new MIDI channels!) MIDI Outs two, three and four can suffer from a slightly sluggish response. So, there you have it: Keychange's Proper Job costs £129 plus £6 postage, and the package is sent Special Delivery. Reach them on +44 (01)1925 266120 (email barrie@atamusic.u‑net.com or visit the web site at www.atamusic.u‑net.com). 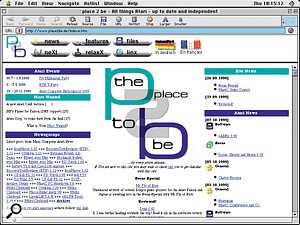 Following last month's review of Laurie Spiegel's fab Music Mouse improvisation/composition aid, I bought a copy of her Unseen Worlds CD, a collection of 12 pieces which feature the software in action. A Mac was used, rather than an ST, but the software is identical on both platforms. I can highly recommend it: it's textural music, but with shape and form, and hints of harmony and melody. It's also very involving — some sections are quite intense. Music Mouse, connected to a Yamaha TX816 (the guts of eight DX7s in a rack unit) and Eventide's SP2016 and H3000 digital signal processors, was used to create the raw material. This was recorded to DAT, and in some cases the material was passed multiple times through the SP2016 and H3000, with the final result edited on a hard disk system.

Go to Laurie Spiegel's web site (retiary.org) for background on her work, and try the Electronic Music Foundation (www.emf.org) if you'd like to buy a copy of the CD. Their CDeMusic division (www.cdemusic.org/index.html) lists Unseen Worlds at $16, plus postage and, if you search for 'Laurie+Spiegel', the list of hits will also include a number of compilations containing her compositions.

In plugging Tim's Atari MIDI World site (atlantis‑bbs.com/dconrard/index.htm) last month, I neglected to mention that amongst his downloads is a bank of Music Mouse‑generated patterns for Cubase's Interactive Phrase Synthesizer. These actually give a nice feel of what MM can do, as well as showing what you can do with the IPS if you think a bit laterally. Incidentally, the IPS file will load into non‑Atari versions of Cubase, so there's an excuse for just about any Cubase user to pay the site a visit. It's just undergoing a bit of a spruce‑up, and Tim's adding some data regarding Tunesmith, another algorithmic composition tool from the '80s.

Thanks to reader (and, in July of this year, Steinberg Avalon sample editor retro reviewer) Paul Sellars for letting us know about yet another nifty piece of algorithmic composition software for the Atari. The best news about Gaston Klares' Composer is that you can download it for free, from webplaza.pt.lu/public/gklares/Software.html. Stay with the site long enough and you'll also spot Gaston's Sequence, which emulates an analogue step sequencer, and brief but informative manuals for both pieces of software. Though the software is free, Gaston suggests that you send him a postcard if you like the software. We'll let Paul take up the story.

"Composer is described by its author as a 'soundscape generator', based on variable random algorithms, which generates a more‑or‑less random series of MIDI events (including note‑ons, note‑offs, program changes, pitchbend and other control changes, such as modulation, aftertouch and panning) and sends them to any connected devices. All of these message types can be disabled, enabled or limited within a certain range, individually or on all MIDI channels. The probability of a given message type occurring can also be pre‑defined, to impose some kind of direction on Composer's otherwise random output. Furthermore, any message type on any MIDI channel can be manually stopped or started in real time — allowing some scope for real‑time improvisation.

Connecting Composer to a multitimbral synth is immediately interesting... My old Yamaha FM synth suddenly started producing something reminiscent of a nervous Brian Eno after too much strong coffee.

"Operation can be monophonic or polyphonic on each MIDI channel, and you can also adjust the permissible range of MIDI notes, velocity values and note lengths. Another useful function allows you to manually send 'all‑notes‑off' and 'reset‑controllers' messages in order to prevent your synth or sound module from hanging. There's also an arpeggiator function, which generates random chromatic runs, alternating up and down. When you've fine‑tuned these parameters to your satisfaction, you can save the patch data to disk for use at a later date.

"Connecting Composer to a multitimbral synth is immediately interesting. As soon as the program starts, it loads the default Composer file and starts playing. Quite what this default file sounds like depends upon the connected synth. My old Yamaha FM synth suddenly started producing something reminiscent of a nervous Brian Eno after too much strong coffee. Odd, but I was pleased. Some more tinkering with parameters and patches yielded more odd but pleasing things: strange, uneven industrial percussion; a weird string pattern accompanied by occasional pings.

"Things got even more interesting when I loaded up my Akai sampler with a random selection of breakbeats and samples and let Composer do its thing. The result was hard to describe, but suffice to say I started a DAT recording, and I will be going back to sample some of what I heard! Completely hatstand, but strangely inspiring."

The end draws near: issue 15 of Atari Computing has just arrived, with the final mag due before the end of the year. Once again, it's packed: a review of Electronic Cow's Scribble Synth (examined in this column in May 1998), an in‑depth feature on the forthcoming Phénix 060 superfast TOS‑like computer, a review of an intriguing‑sounding game called Pie Bill Gates, plus the usual features and shareware coverage. Those details, for the penultimate time: a single issue costs £3.50, or £5.50 with reader disk (£4/£6 to Europe, £5/£7 outside Europe, £5.20/£7.20 Australia, New Zealand and Japan). Contact Atari Computing, 73 Bentinck Drive, Troon, Ayrshire KA10 6HZ, or visit their web site at www.ataricomputing.com/rpl/defau....

But the end of AC may not be the end of Atari print magazines: there's a rumour of a new mag launching in the new year, complete with cover disk. More information here as it arrives.

Some news now that's not strictly Atari‑related: Crystal Atari Browser, the popular web interface for Atari users, has been ported to the Apple Macintosh family under the name of iCAB. This isn't as perverse as it might sound, because the resulting browser is compact, speedy, uninvasive (it doesn't add any unwanted garbage to your system folder) and can run on older, less generously powered Macs than can the standard Internet Explorer and Navigator options. It's currently in beta, but seems reassuringly stable and offers most of the facilities you'd expect of a modern browser; those few things that are currently missing in the public beta should be added by the time of its full release. One thing it has, which the two most popular browsers don't, is a price, albeit a small one: iCAB will be US$29 shareware.

Whizzing around the web this month has revealed two good sites, one new and one I simply haven't mentioned before. The new site isn't particularly heavy on music, but is pretty good for Atari news and links in general — games, Internet, utilities and much more. The Place to Be (www.place2be.de/indexe.htm) has lots going on, and it's trilingual (German, French and English). Also worth a visit is Elysium (www.users.zetnet.co.uk/aseabrook...) — especially if you happen to be a Fields Of The Nephilim fan as well as an Atari user! The links page is one of the most extensive around, with plenty of musical interest.