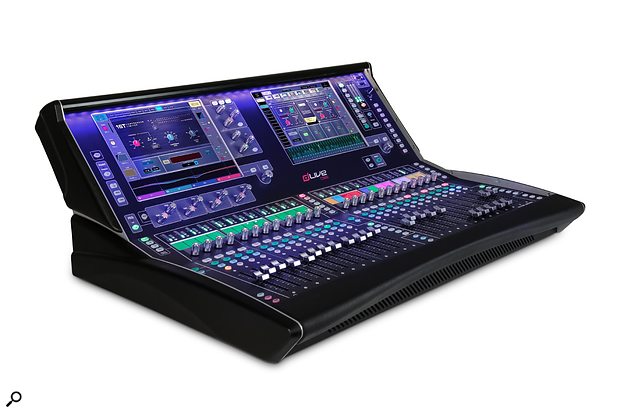 The new C Class control surfaces are the twin-screen C3500 (pictured here), the single-screen C2500 and the C1500, the first dLive mixing surface to be mountable in a standard 19-inch rack. They feature the same dLive Harmony user interface, which supports touchscreen gesture controls and uses colour-coding to unite the on-screen and physical controls. The CDM32, CDM48 and CDM64 MixRacks provide 32, 48 and 64 mic/line inputs respectively, but each one houses the same XCVI core, with capacity for 128 inputs, 16 stereo effects returns, fully configurable 64-mix-bus architecture and full processing on all mix channels. Each rack and surface has a 128-channel I/O port supporting a range of networking cards, including Dante, Waves, MADI and fibreACE optical. The dLive C Class is also fully compatible with the rest of the dLive ecosystem, including the S Class control surfaces and MixRacks, the ME personal mixing systems and the recently released dLive OneMix and MixPad apps for iPad. Prices range from $6,500 for the CDM32 MixRack to $21,500 for a system comprising the CDM64 and C3500 control surface.

Here's the overview from Allen & Heath: