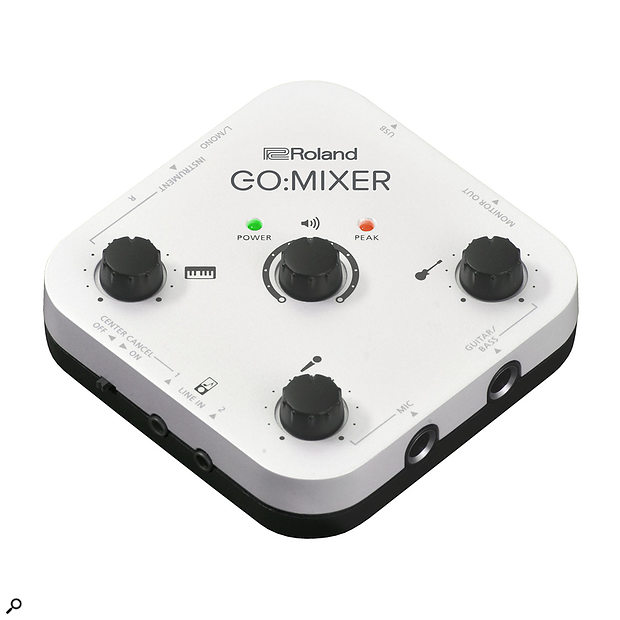 Roland have announced a raft of new products at the consumer electronics show (CES) in Las Vegas. One of the most intriguing is the Go:Mixer ($99) — a compact mixer for smartphone video production. Compatible with iOS and Android smartphones, it connects digitally via an included cable, affording the user inputs for a mic, musical instruments, and media players, as well as the ability to mix them all together live while they shoot. It is powered by the smartphone and audio is captured directly to the smartphone video.

The Go:Mixer supports connecting up to five sources at once via inputs for a vocal mic, guitar/bass, stereo keyboard, and two stereo line-level devices (such as music players, drum machines, etc.). Front-panel knobs provide hands-on mixing for the mic and instruments. There’s also a stereo output jack for monitoring the sound via headphones or an external amplification system, plus a dedicated panel knob for adjusting the monitor level. 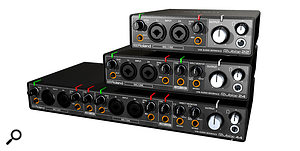 Roland have also announced the new Rubix USB audio interface series, featuring the Rubix 22 (2-in, 2-out), 24 (2-in, 4-out, with compressor) and 44 (4-in, 4-out). All are compatible with Mac, PC and iPad. Roland are billing them as "a perfectly balanced combination of high-fidelity sound, solid build quality, compact size, affordable price, and crucial features for today's musicians and producers.” Among these features are 24-bit audio quality with sample rates up to 192kHz, highly visible level indicators, low-noise mic preamps, extensive shielding and ground lifts for quiet operation.