Aston finalise design of the Element 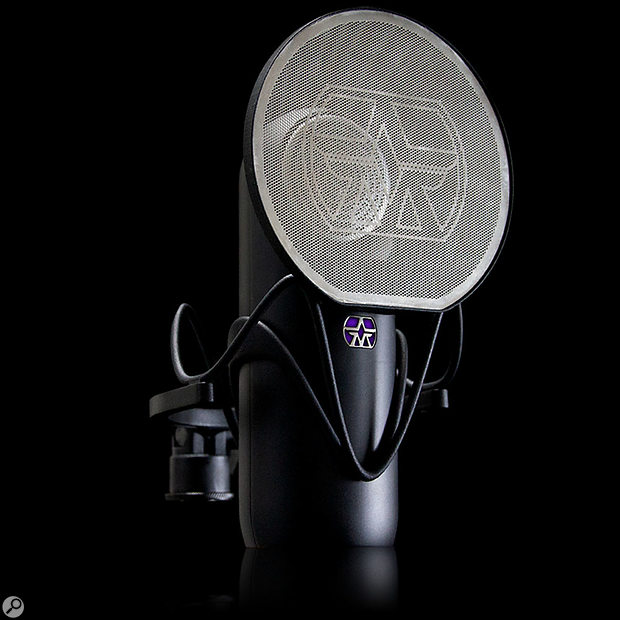 Back in May, British brand Aston announced that they were working on a brand-new microphone design — and that they'd be asking the public to help. Key to the mic's design was an ambitious, multi-stage blind listening test, in which Aston pitted prototypes of the new microphone — dubbed the Element — against a range of market-leading professional and project studio models.

The idea was that, with each round of blind tests, Aston would refine the microphone's electronics to yield the best results across a range of sources (both male and female vocals, plus acoustic guitar, were used throughout). In order to get the best results, participants were asked to verify that they had a DAW of their own, plus a set of studio monitors and/or headphones, and to further ensure the programme's integrity, Aston have shared the raw, anonymised data with SOS.

As for the results? We've been asked not to mention the specific microphone models that the Aston Element was pitted against, but we can tell you that the brands included such well-known names as AKG, Blue, Rode, Audio-Technica, and even Neumann. We can also confirm what we've long suspected: that microphones that are favoured for one source are often quite inappropriate for another!

However, by analysing both quantitative (straightforward ranking by preference) and qualitative (subjective comments submitted by participants) data, Aston have at last arrived at their final design, which was preferred on the greatest number of sources by the many thousands of people who took part. This final iteration has now entered production.

Due to be available in September, the Aston Element is a phantom-powered mic that uses what Aston describe as an all-new capsule technology called 'Ridyon'. This is said to combine all the best attributes from the three main types of microphone, namely the sensitivity and HF response of a capacitor mic, the punchiness and off-axis rejection of a dynamic, and the natural sound qualities of a ribbon.

The Ridyon capsule is suspended in an internal 360-degree shockmount, to provide maximum isolation from mechanical vibrations along any axis, while the unusual grille was designed to provide the flattest possible frequency response with minimal diffraction and internal reflections.

The Aston Element is set to ship for the very reasonable price of £159/€179/$199 and, remarkably for its low cost, will ship with a bespoke shockmount and pop filter. We'll be bringing you an exclusive SOS review of it as soon as we get our hands on one!