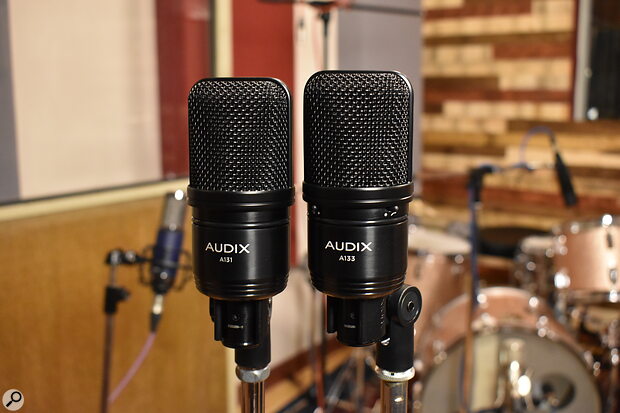 Audix's new A131 and A133 microphones, first announced last year, are now available to buy worldwide. To recap, the two newcomers are both large-diaphragm, cardioid, capacitor microphones. They share the same capsule and electronics, and differ only in the fact that the A133 offers pad and high-pass filter options.

We've been using the new A-series mics for a number of weeks now, and you can read about how they performed in the upcoming March issue of Sound On Sound. We'll be providing audio examples from our own independent studio tests too, covering a wide range of sources, but in the meantime you can hear the mics at work on vocals and acoustic guitar in the video below.