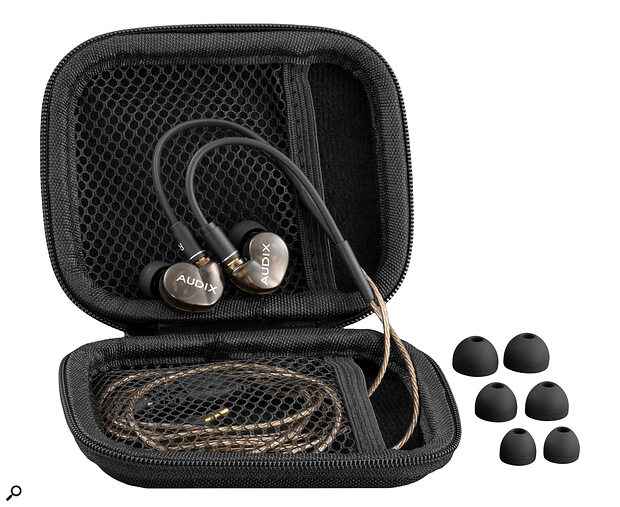 Audix's new A-series of headphones has just gained two new members. Unlike the company's debut headphone models (click here to read our review), which were traditional over-ear cans, the two newcomers are in-ear designs, intended for critical listening applications either in live sound applications or in the studio.

The A10 and A10X share the same fundamental design: ported, injection-moulded shells, which can be fitted with one of three supplied eartips for a secure and comfortable fit. Rather than employing multiple balanced-armature or electrostatic drivers, as recent IEMs have tended to do, the A10 and A10X both use traditional moving-coil transducers — dynamic drivers being something of a speciality for Audix, of course.

The difference between the two models lies in their diaphragm materials. The A10's driver diaphragm is made from a titanium alloy, while the pricer A10X features a composite beryllium membrane — beryllium's extra rigidity and reduced weight endowing it with a superior transient response and HF extension.

The Audix A10 and A10X are available imminently. We'll update this story when we've confirmed pricing, and we'll be bringing you an in-depth review in due course.