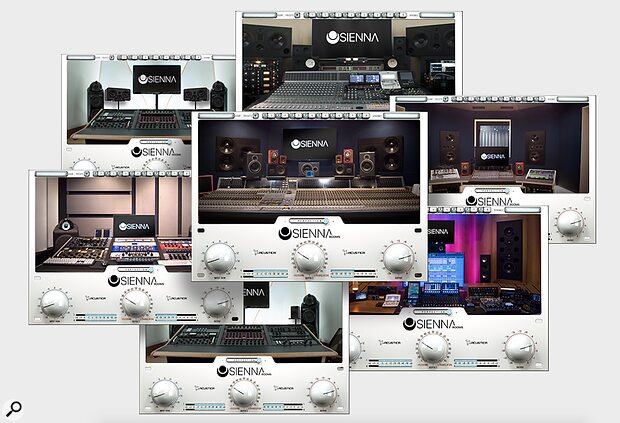 Sienna essentially uses samples of real-life control rooms and monitors to bring the experience of mixing in a high-end studio to headphone users. In addition to these sampled rooms and speakers, it also incorporates headphone optimisation, with correction profiles for nearly 200 different models of studio headphones.

At its launch, Sienna came with three different 'libraries' of rooms and speakers. The basic Volum A comprised models of Acustica's own studio, as well HOG Studios and the mastering suite at Spitfire Studios, while Volum B added a further six studios and 11 monitoring systems, and Volum C included a whopping 27 different speaker models, including various audiophile and consumer devices.

The newly released Volumes D, E and F add yet more virtual environments and playback systems. But while Volumes D and F continue the theme of virtualising studios and their speakers, Volum E is a little more leftfield: among its sampled spaces are a cinema, two famous nightclubs, and even a grocery store.

You can find out more about the new Volumes at the URL below, and to get a feel for how Sienna works in general, check out our in-depth review from the June 2021 issue of Sound On Sound, here.