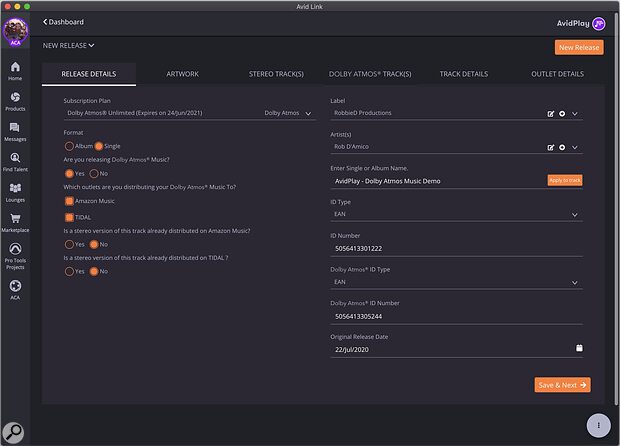 Avid's music distribution service AvidPlay is aimed at helping musicians, producers and record labels release their music across all the major music streaming services, including Spotify, Apple Music, Tik Tok and more — and they have just announced that it now supports Dolby Atmos-format releases, on both Amazon Music and Tidal.

The process is apparently as simple as a releasing straightforward stereo track: you bounce your Atmos audio file from a DAW that supports the format (naturally, Avid suggest Pro Tools!), upload it via the AvidPlay desktop app (along with all the necessary authorship and meta-data), and AvidPlay does the rest.

While it's probably fair to say that Dolby Atmos hasn't quite become a mainstream consumer format yet, anything that makes releasing music in the burgeoning 3D surround format easier is bound to help — as is the fact that headphone-compatible Atmos playback is becoming increasingly common on mobile phones.

To find out more about AvidPlay, check out Avid's product page below.