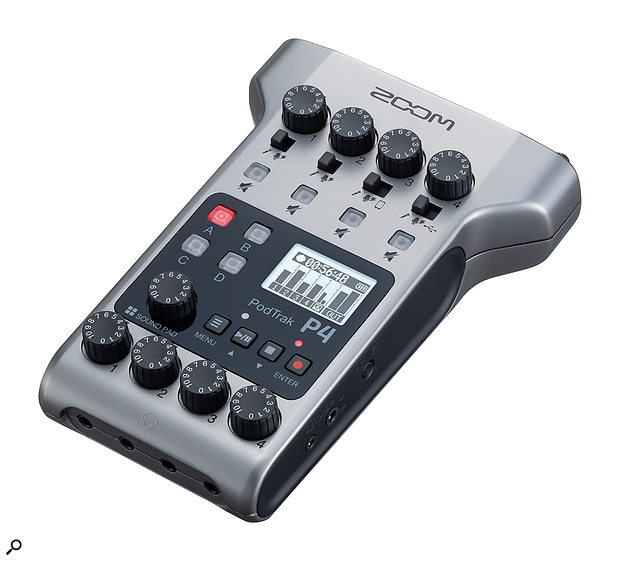 When it comes to portable flash recorders, Zoom is one of the first companies that spring to mind and with the PodTrak P4, they've clearly focused their attention on podcasters. With a compact format, a weight of just 290g and an intuitive control layout, this four-track recorder is equipped with four low noise, balanced XLR mic inputs offering up to 70dB of gain and four separate headphone outputs, with individual rotary controls allowing multi-person conversations to be accommodated. Each channel has a rotary gain control, phantom power switching and a physical Mute button while a clear LCD window provides metering, elapsed time and other key information. Guests can be linked-in via a connected smartphone using either a TRRS cable or wireless by adding the optional BTA‑2 Bluetooth adapter.

Feedback from 'call audio' can be avoided using  Zoom's Mix-Minus function and all input sources can be recorded on separate tracks. The recording format is 16-bit /44.1kHz audio WAV with recording to SD, SDHC and SDXC cards up to 512GB in capacity. A pair of AA alkaline or 1900mAh NiMH rechargeable batteries will give around four hours of recording time though the P4 may also be powered directly from a USB power supply. There are four sound pad buttons for triggering jingles, sound effects or music cues, and these may be recorded to two of the audio tracks. The P4 also works as a two-in/two-out audio interface for recording record directly to a PC, MAC or iPad, the latter requiring Apple's optional Lightning to USB camera adapter. 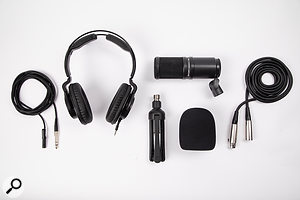 Check out the P4 in action in this video: