Having upset mixer manufacturers, pedal makers, synth companies great and small, forum users, synth modders and, most recently, bloggers, Behringer announced over the weekend that they would be moving onto pastures new: the DAW market. 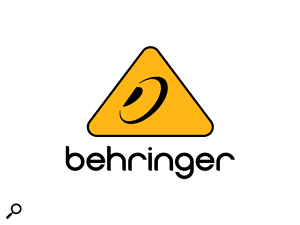 “It’s now official. We will be creating our own Music Tribe [Behringer’s parent company] DAW,” the company announced on social media on Sunday 8th March.

Details are scant at present, but Behringer promise that it will include sample content, VSTs, third-party instrument compatibility, and a multi-view user interface “for both recording and DJ” — thus aiming for a bite out of both the traditional recording suites (Pro Tools, Cubase, Logic, etc) and the relatively young clip-based packages like Ableton Live and Bitwig.

Perhaps most disruptively, Behringer promise that it will be completely free on launch. As with many of their announcements over the last few years, this new DAW is expected to take some time to materialise — at least 18 months, according to Behringer.