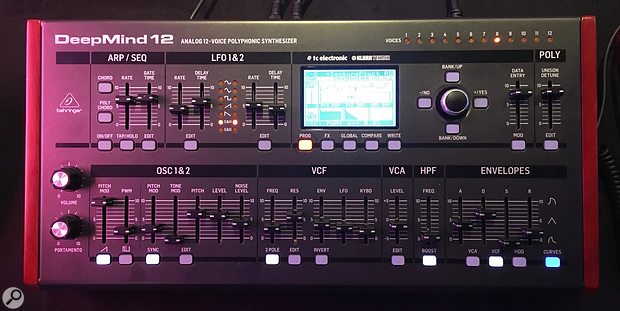 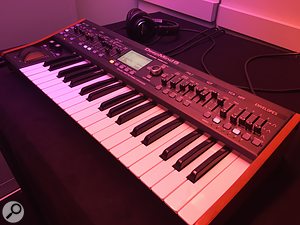 Behringer have added two new analogue synths to their Deepmind range. Launched at Superbooth 17, Deepmind 12 Desktop ($899) is a desktop module version of the Deepmind 12 that can also be rack-mounted. Boasting all of the functionality of the original, minus the keyboard, the Deepmind 12 Desktop has one very notable addition — a polychain feature that lets chain multiple Deepminds together to increase the voice count.

Meanwhile, the Deepmind 6 ($699) is a more compact version of the original synth, with 6-voice polyphony rather than 12, a three-octave keyboard instead of four, and no built-in Wi-Fi. All other features are intact, however, including aftertouch, the same sound engine and four effects processors, plus new polychain capabilities. Both new synths should be available very soon.