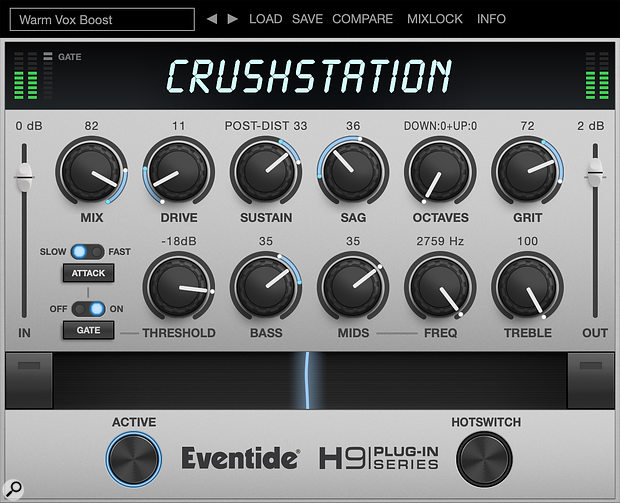 CrushStation can provide a range of distortion types, from “creamy saturation” to “brutal sonic assault”, and the end result can be further honed thanks to its built-in EQ, compression, octaver, and Sag sections. Sag described Eventide's attempt to model failing analogue hardware — presumably the kind of sound you'd expect from a device with a dodgy power supply or low batteries!

CrushStation comes with 35 presets to get you started, and Eventide's suggested uses for it include beefing up weak snares, finessing a full mix be 'rounding it off' with some saturation, or simply obliterating a lead instrument “by crushing it 'til it hurts”, which frankly sounds like a lot of fun.

Normal pricing is $99 for the desktop version and $14.99 for the AUv3 plug-in, but Eventide are offering it up for the enticing introductory prices of $39 and $9.99, respectively.