Back in April 2021, we reviewed Flock Audio's innovative computer-controlled patchbay, the appropriately named Patch. That device featured 32 inputs and outputs, with the ability to freely route between them using the accompanying Patch software. Now Flock have released an even bigger model, called the Patch XT, which features a whopping 96 I/O, all presented on D-sub connectors.

As on the original model, the front panel sports a pair of XLR/jack combi inputs and XLR outputs for quickly connecting gear. Additionally, 32 of the Patch XT's inputs are capable of applying phantom power for use with microphones and other active devices (DI boxes, inline preamps and so on).

Meanwhile, Flock have also updated the Patch app to version 3.0, speeding up the patching and recall processes, eliminating impedance issues when making complex patches, and allowing you to chain together multiple Patch units. 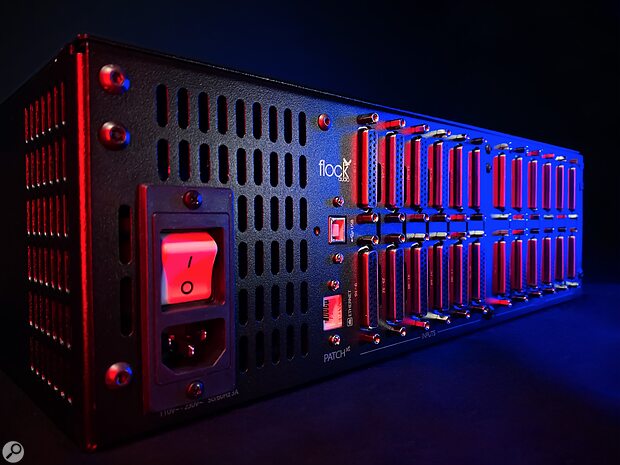