The new A4V and A7V are traditional two-way speakers pairing, respectively, a four- and a seven-inch cone with their X-ART ribbon tweeter. The A44H (pictured below) is also a two-way design, but it employs twin four-inch woofers in a D'Appolito configuration. It also has an unusual geometry, being 19 inches wide but a mere 135mm tall, and unusually deep at 350mm. ADAM say its unusual dimensions make it suitable for mounting on top of rack units, or even underneath a computer display (which could be particularly useful when used as the centre speaker in a surround monitoring setup).

Moving up in size, the A8H employs an eight-inch woofer and a 3.5-inch convex-dome midrange driver, in a three-way configuration. Finally, the A77H combines the three-way format with a D'Appolito twin-woofer arrangement. The tweeter in this model can be rotated, to allow for either portrait or landscape orientation.

Pricing for the new A Series ranges from around £380 for a single A4V, up to just over a grand for the A77H. Naturally, we'll be putting them through their paces in an in-depth review very soon! 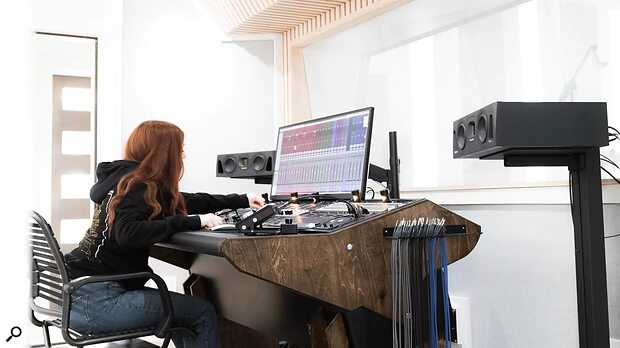