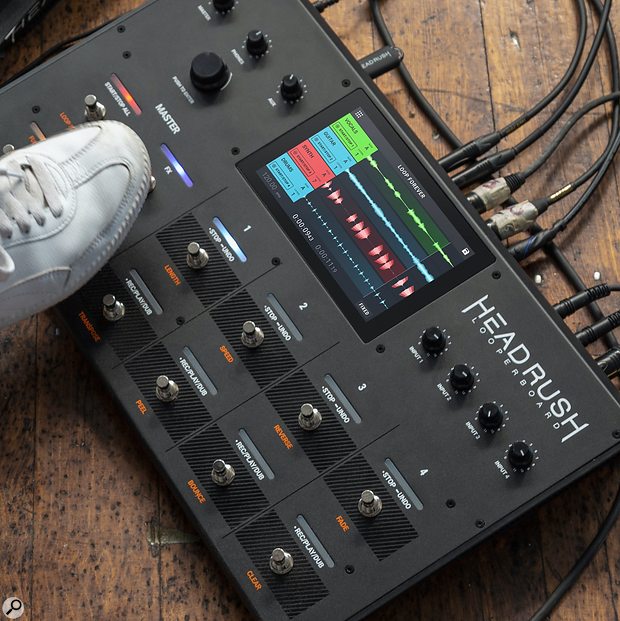 Among the many enhancements that v2 of the firmware brings are the ability to connect external USB and SD drives, vastly expanding the device's loop times. In terms of processing, the Looperboard can now perform real-time pitch correction, and can even generate harmonies on the fly. Other new effects include the rhythmic pattern-based Slicer, a side-chain-esque Pumper, and LFO-Sync, which lets you perform filter sweeps in time with your loops.

The Looperboard's four stop/start footswitches can now be assigned as shortcuts to any of the looper's features, and HeadRush tell us that they've also made operation easier across the board, with a major overhaul of the touchscreen user interface, mixer section, effects layout and menu system.

Version 2 of the Looperboard firmware is free to existing users and can be downloaded at the link below. For novitiates, the HeadRush Looperboard carries a retail price of £769.99.